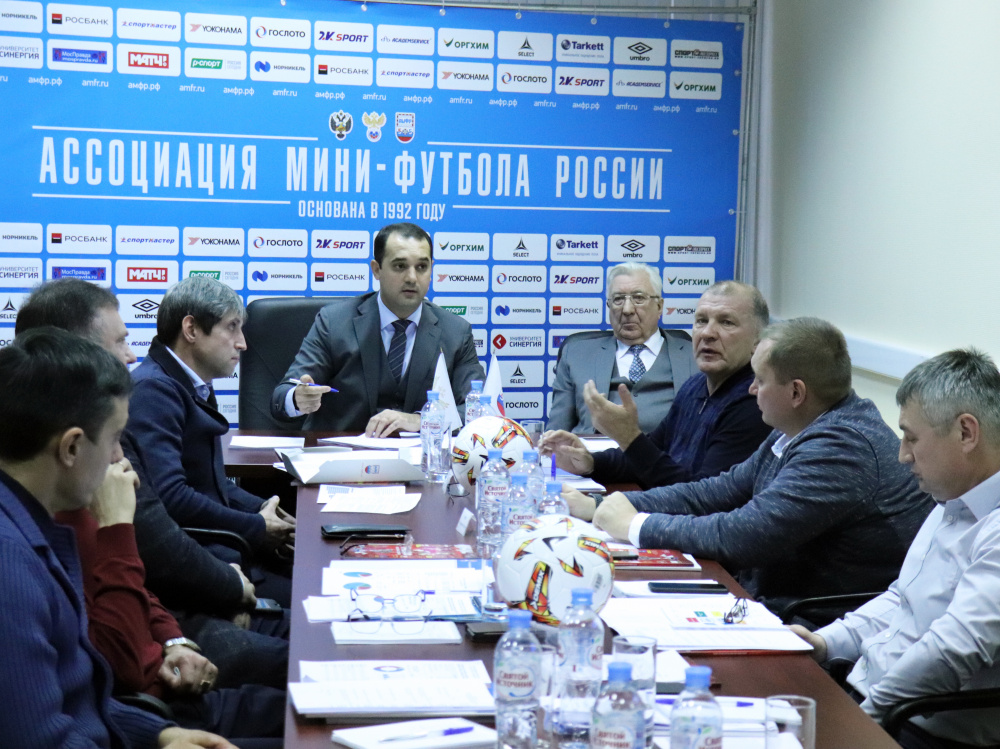 On November 28, a meeting of the leaders of the Super League clubs took place in the office of the Association of futsal in Russia. Opening the meeting, the President of the Russian Futsal Association, Emil Aliyev, congratulated colleagues from the Super League clubs on the recent successes of the Russian national futsal teams, including the triumph […]

On November 28, a meeting of the leaders of the Super League clubs took place in the office of the Association of futsal in Russia.

Opening the meeting, the President of the Russian Futsal Association, Emil Aliyev, congratulated colleagues from the Super League clubs on the recent successes of the Russian national futsal teams, including the triumph of Russian students at the World Championships, the silver of the Youth Olympic Games and the women’s national team in the final of EURO nineteen. 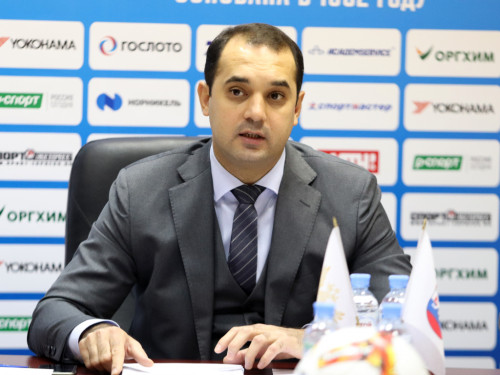 The head of domestic futsal drew the attention of club leaders to the upcoming World Cup qualifying round and the possibility of holding matches within the framework of the arenas of Super League teams if they are assisted in ensuring the necessary conditions for the match. E.G. Aliyev also briefly presented the recently launched regional rating project, noting the active work of the Sverdlovsk Oblast Futsal Federation and its leader Grigoriy Ivanov. 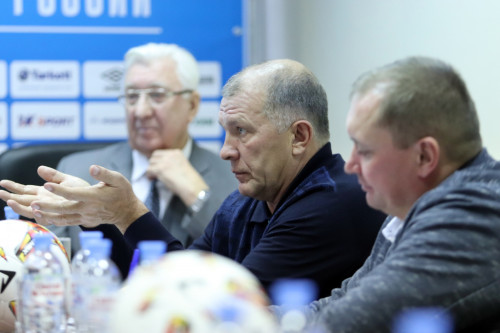 From the clubs, a number of proposals were made by the president of the FC KPRF, Ivan Melnikov, which affected, in particular, such a direction as the media promotion of the championship.

IVAN MELNIKOV: “TODAY WE HAVE THE FOUNDATION”

Sergey Skorovich, senior coach of men’s national futsal teams of Russia, thanked club leaders for their hard work with the reserve, drawing attention to the problematic aspects of educating young players and at the same time telling about the path to the silver awards of the Youth Olympic Games in Buenos Aires and the difficulties encountered the Russian team is on the road to historic achievement. Sergey Skorovich noted and the contribution of the Association of futsal of Russia in achieving the result. According to the mentor of the national team, it was thanks to the initiative of AMFR that the coaching and administrative staff of the team at the YOG-2018 was expanded to achieve the result. 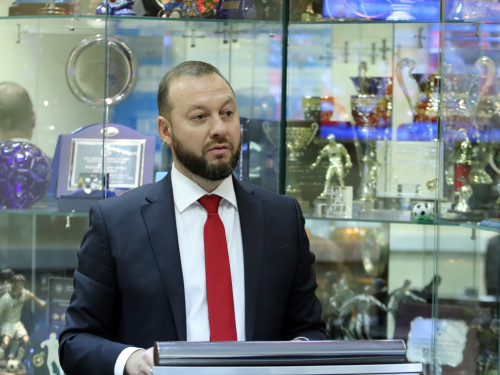 The head of the Department of professional futsal and reserve training, Maksim Savenkov, presented to the meeting a project of AMFR aimed at modernizing the format of the Youth Super League. The project is based on expanding the number of participants by joining the best-prepared teams of junior high school clubs to the most effective training of young  players by providing more gaming practice on a regular basis. 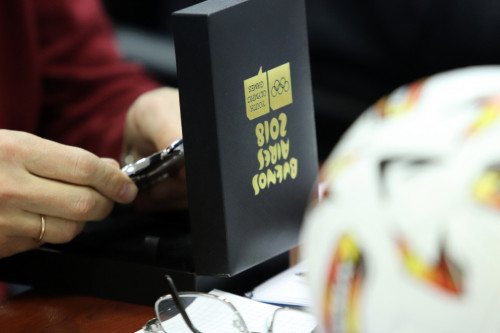 PAVEL BELKIN: “TRUTH IS BORN IN THE DISPUTES”
The results of the certification of coaches at the All-Russian forum on the development of futsal were also summed up. Honorary President of the Association of futsal of Russia, Honored coach of the Russian Federation Semyon Andreev noted the high level of training of specialists, including those who begin their way in the coach profession. At the same time, S.N. Andreev drew the attention of club leaders to the need for continuous professional development of coaching staff, including by studying current methodological literature and advanced domestic and foreign experience. 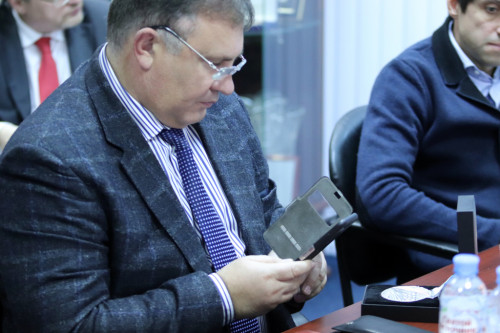 Head of the Information and Analytical Department of AMFR, Roman Matyakubov, made a presentation on broadcasting matches of the Russian Championship, drawing the attention of club representatives to problematic components, calling, in particular, to pay more attention to the entourage of matches, fans and ensuring the coordinated work of the broadcast director and cameraman.

Aleksandr Klimanov, Deputy General Director of AMFR, elaborated on the development of the Futsal Academy project, in particular, the new training course forfutsal commentators, who had already improved their professional skills in the framework of the September All-Russian Forum. 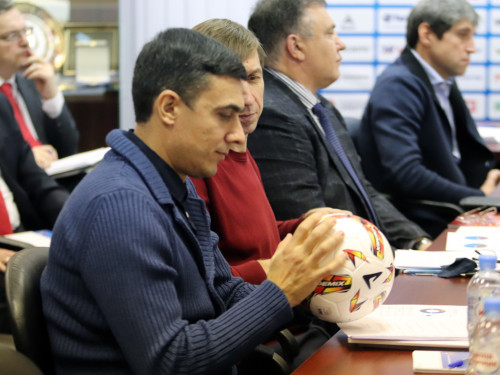 A comparative analysis of the quality of branding of the gaming halls of the clubs of the Russian Super League and representatives of other leading European championships – Portugal, Spain and Italy was presented by AMFR Deputy Director General Denis Fedyaev. By many criteria, the work of Russian clubs exceeds futsal teams from other countries. At the same time, the drawbacks of specific clubs in the organization of this work were indicated.

YURI LOZINSKY: “THANK YOU AMFR FOR WHAT WE HEARD US”
Olga Patrikeeva, Chief Accountant of AMFR, made a detailed financial report on income and expenses of the league. According to the current Regulations of the Super League, – said Olga Patrikeeva, if she wishes, she also has the right to receive a detailed report on the expenditure of the fee for participation in the championship.

In conclusion, it was decided that all the issues raised during the last meeting, as well as the proposals put forward, the Super League clubs must submit their resolution to the Association of futsal of Russia before December 15. 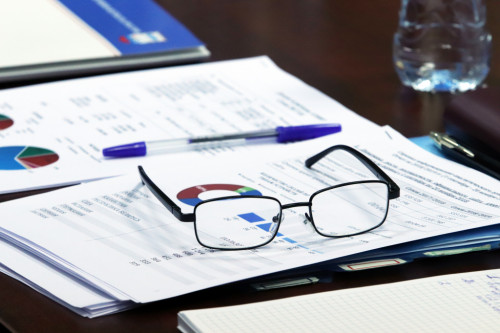 PLAYERS AND COACHES OF “GAZPROM-UGRA” GIVE MASTER CLASS