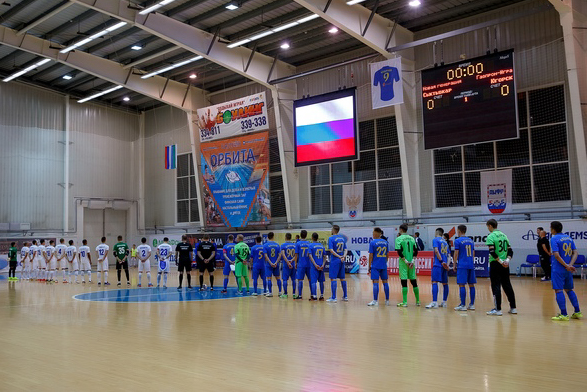 For the owners of the site the game started badly. Already by the 13th minute, Ugra were leading 3-0. Dmitriy Lyskov (3’), Marcenio (10’) and Nando (13’) distinguished themselves. The team of Vadim Yashin had several chances to excel, but the ball did not go into the net. In the second half, the yellow-blue entered with a […]

For the owners of the site the game started badly. Already by the 13th minute, Ugra were leading 3-0. Dmitriy Lyskov (3’), Marcenio (10’) and Nando (13’) distinguished themselves. The team of Vadim Yashin had several chances to excel, but the ball did not go into the net.

In the second half, the yellow-blue entered with a different mood and Dmitriy Legotin won an individual game once. The points of “Generation” began to appear again, but they failed to score. And the guests nullified the attacking rush of Syktyvkar residents, hitting the target twice more. The fourth goal was scored by Ivan Chishkaly (42’), the point in the match at the 47th minute was put by Dmitriy Lyskov – he eventually scored a double.

1-5, Gazprom-UGRA wins in Syktyvkar and makes a weighty bid to qualify for the Russian Cup semi-finals.

The return match of the teams will take place on December 25 at 18:00 in Lyubertsy, Moscow Region, Triumf. 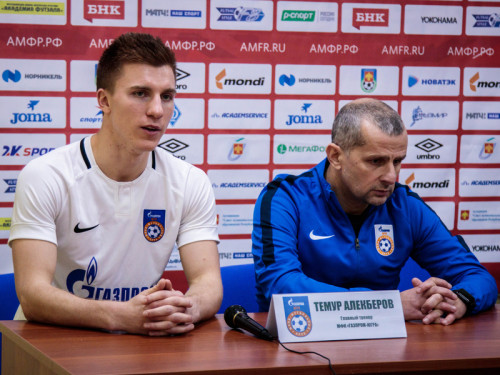 The results of the first match in the quarterfinals of the Cup of Russia on futsal were summed up at the post-match press conference:

– Of course, cup games need to be assessed by paired matches. As for today’s game, we really played in segments. We started off very well, took a good lead. But, not the first time, this account does not really affect us. Little we let go of the game. Release the ball control, release the moments. Then you have to play a lot in defense. But when you lead 3-0, forcing yourself to really play defense is very difficult. Therefore, of course, it is very frustrating a large number of moments at our gate. In general, regarding the scorre, it is good, the one you cannot complain about when you play an away game. But still I want these segments, which we released today, to release the game, I would like them to be smaller. So that the team could play the score correctly. Sometimes we get involved in the football that we don’t really like to play. Somewhere we were forced by the opponent to play such football. What is important today is the result. Nevertheless, I want every player to be very demanding of himself, trying to properly use that time on the court, which he has, and to be able to play such games, too, which are generally good for you. It is necessary to approach these moments more competently. In general, it is necessary to sum up the results of paired matches. The second game will end, and then it will be possible to summarize as a whole. The intermediate result is good, but in two days we have the other game.

– Happy upcoming New Year to all futsal fans! Regarding the game, it is, in principle, probably equal. At first, we simply turned on the speed to the maximum, quickly scored three goals, then we played according to the score. We relaxed somewhere, let the game go, but still played confidently and didn’t particularly panic. In the second half, we failed sometimes, did not enter from the very beginning. Because of this, we had a hard time. The New Generation team has caused us many problems. We again included the necessary speeds, scored two goals and won the game fairly confidently. It is a pity that in the stands there were few fans. It was always pleasant to come to Syktyvkar, becausethey have very good support here. Today was quite a sleepy game. A bit sad aftertaste. Anyone who came – thanks! Happy New Year!

16th round: history of matchup