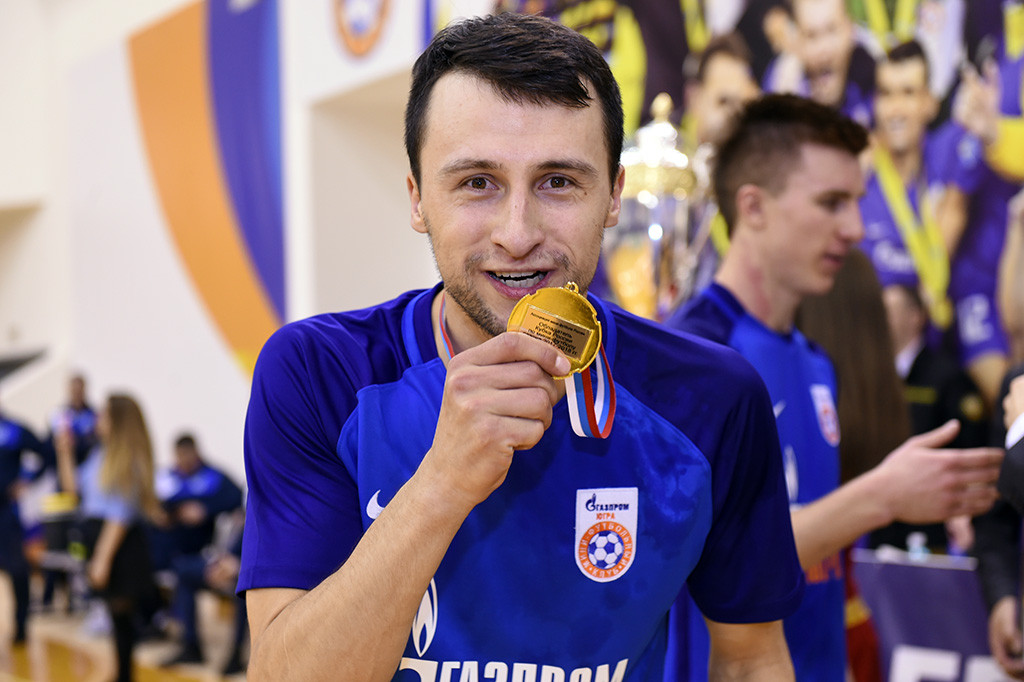 March 28, in the away match of the 17th round of the Super League “Gazprom-UGRA” is playing against “Novaya Generatsiya”.
The first match of the season ended with our victory with a score of 7-0.
The game starts at 19:00 (Moscow time)

Ivan Signev, Gazprom-UGRA player:
– “Novaya Generatsiya” got fixed now on the 8th line of the standings, having a gap from the next team. The team is presented by experienced players with an excellent kick, like Prokushev, combined with young players such as Kodanev, Katane, Semukov, Soskovets. The team looks very promising with such a lineup. But, I think the main leader of this team is the coach, Yashin Vadim Viktorovich.
As for our team, we’ve spent a lot of emotions, a lot of strength in the matches for the Cup of Russia. Now we have fatigue, a little emotional devastation, injured players, so it will be hard to tune in for the match. Our task for the game is to cope with these problems, show good futsal and achieve results.

Link to the live broadcast of the match in the LIVE section of the site and in the official Vkontakte group.