DANIL DAVIDOV: WE ARE NOT DONE YET 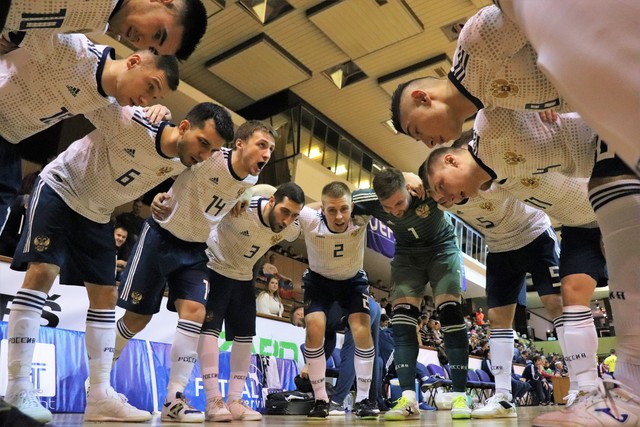 The national teams of Russia and Iran showed bright futsal in Bratislava, and the outcome of the match determined the goal scored 3 seconds before the siren, 5-4 in favor of the Asian team. Iran scored in the first attack, and then in the second. First, a corner rally followed by a strike, followed by a pass […]

The national teams of Russia and Iran showed bright futsal in Bratislava, and the outcome of the match determined the goal scored 3 seconds before the siren, 5-4 in favor of the Asian team.

Iran scored in the first attack, and then in the second. First, a corner rally followed by a strike, followed by a pass to the far post crossed by Hasanzade.

Two goals missed in one minute did not knock the Russians down. Niyazov threw a high ball into the center for Davydov, and the captain narrowed the gap in the 2nd minute. Next, the teams got involved in fast and uncompromising martial arts futsal, which was usual for their intimate confrontations. The winners were Slovak fans, who could see futsal exactly the way it was supposed to be.

On the 6th minute, Esquerdinha scored in the upper corner, while Iran responded with a spectacular goal by Hasanzade: with his back to the goal, one of the best Asian athletes threw the ball past Georgiy Zamtaradze into the net, 2-3.

Next, before the break, the Russian team scored. The Persians made a mistake in their own half, and Romulo hit the near corner, and in the 18th minute Esquerdinha scored a double – for the first time we took the lead and went to the break as leaders.

The Iranians powerfully started the second half and got their way in the 27th minute, the ball flew into our goal after the rebound. From this point on, the Russians firmly seized the advantage and acted ahead of the more dangerous opponent. So, twice the goal of the Persians saved the gate. The game was going towards a legitimate draw, but 3 seconds before the siren Hasanzade reminded of himself again: the Iranian captain broke into the free zone and, left alone with the goalkeeper, took the chance 5-4. 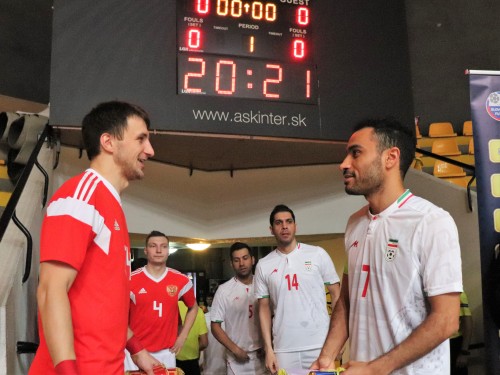 Captain of the Russian national team Danil Davydov summed up the departure of our team for friendly matches in Slovakia. The Russians beat the hosts (6-2) and lost to Iran (4-5).

– Today, I think we showed good futsal. True, we fell into the “minus two” at the very beginning, we did not succeed in this segment. Then we were able to equalize the situation and even, I believe, surpassed Iran, created many chances, put pressure well, picked the balls on the front line … But the scoring was not at the highest level. Had we scored one or two goals, it would have been easier to control the situation. And so the rebound flew in in the second half, the score was 4-4. And the last seconds … I do not even want to comment.

– We have already played 26 matches in history with Iran. Was something new from an opponent today?

– In general, no. This is the same stable strong opponent, the third team in the world. The backbone of the team lasts for many years, and when these people play, I know it by myself – it is very difficult to resist such a team. Understanding at the highest level.

– It should be noted that these are your first matches for the national team with the captain’s armband.

– I feel normal in this role, especially as I am a captain at Gazprom-Ugra. Of course, there is more pressure here, you feel it. I understand that for the time being I am replacing Sergey Abramov in this role. He took us out with a bandage at the European Championship, just now got injured. We are all waiting for him, we wish him a speedy recovery. I take this opportunity to wish him to return to the line as soon as possible.

– In general, in what mood are you returning from the trip?

– There is fatigue associated with a large number of games and sidings. And the conclusion is: the main thing is that at the World Championships, if we meet there with Iran, we should play with this experience. Here was a friendly match, although, of course, there is this sad feeling. But, frankly, in terms of the game, in terms of dynamics, in terms of the number of points, we can see the potential. Look at how many young guys were in the lineup. At the World Championships in Colombia, we won Iran 4-3, it was a very difficult match. And here, when more than 50% of our staff are new faces, we still acted on an equal footing and in many ways even surpassed the opponent. Therefore, there is confidence in the future, and it is justified.