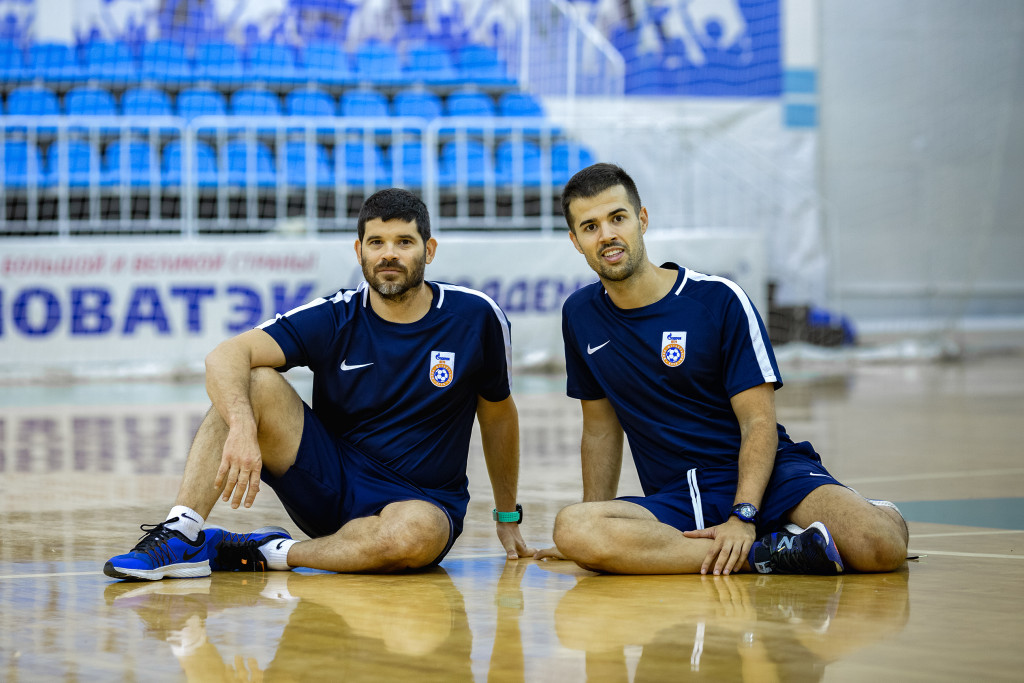 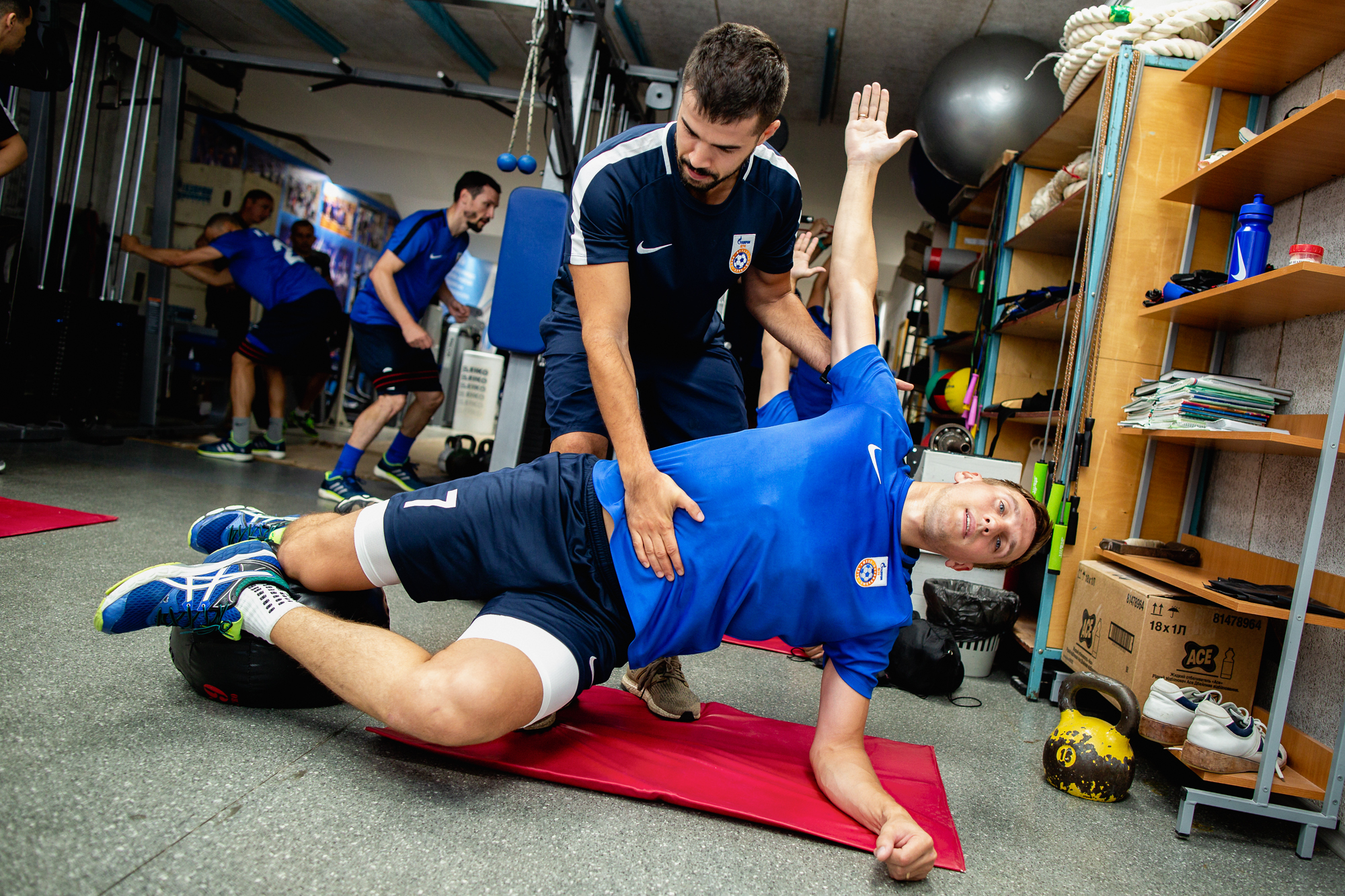 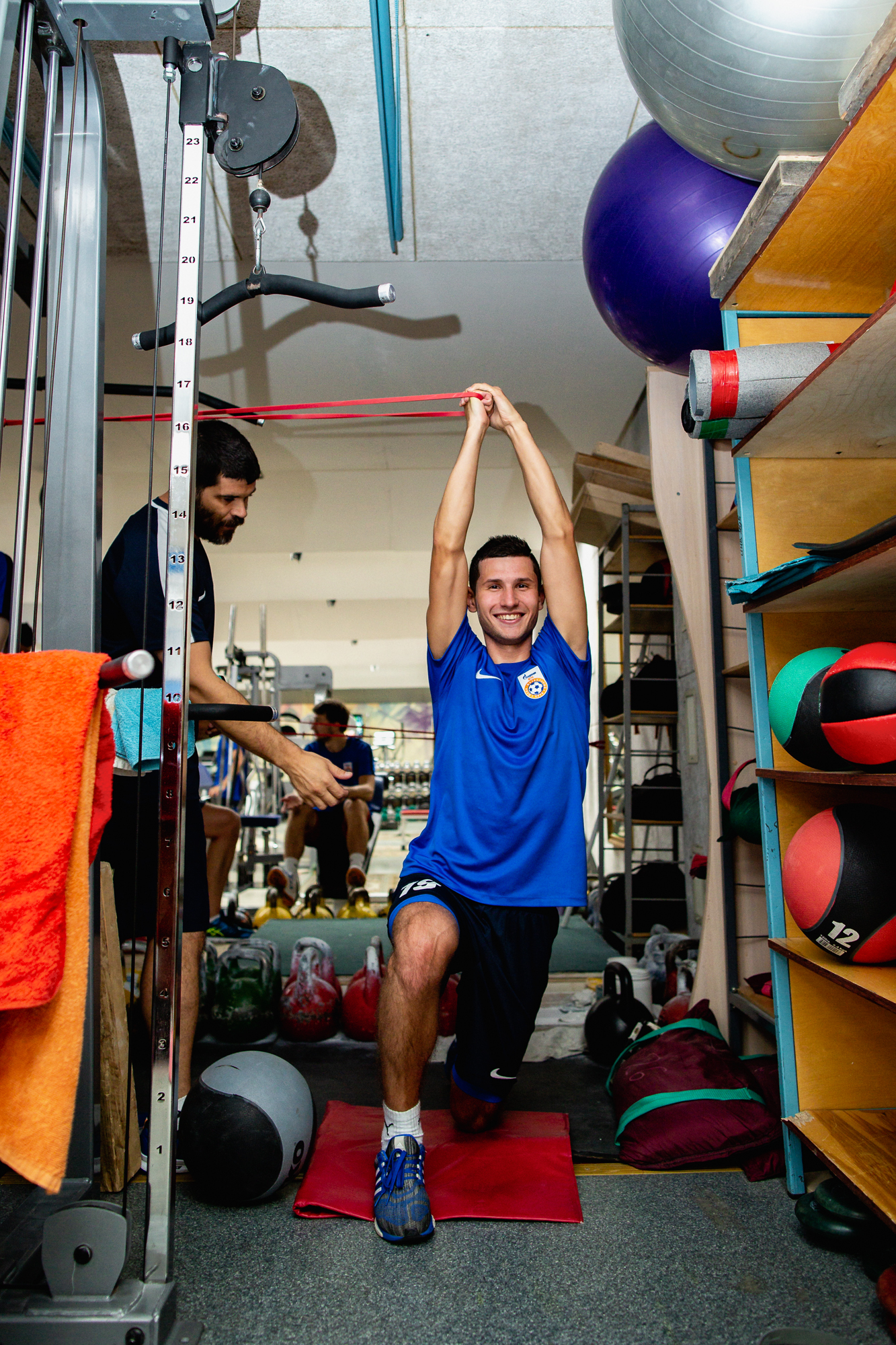 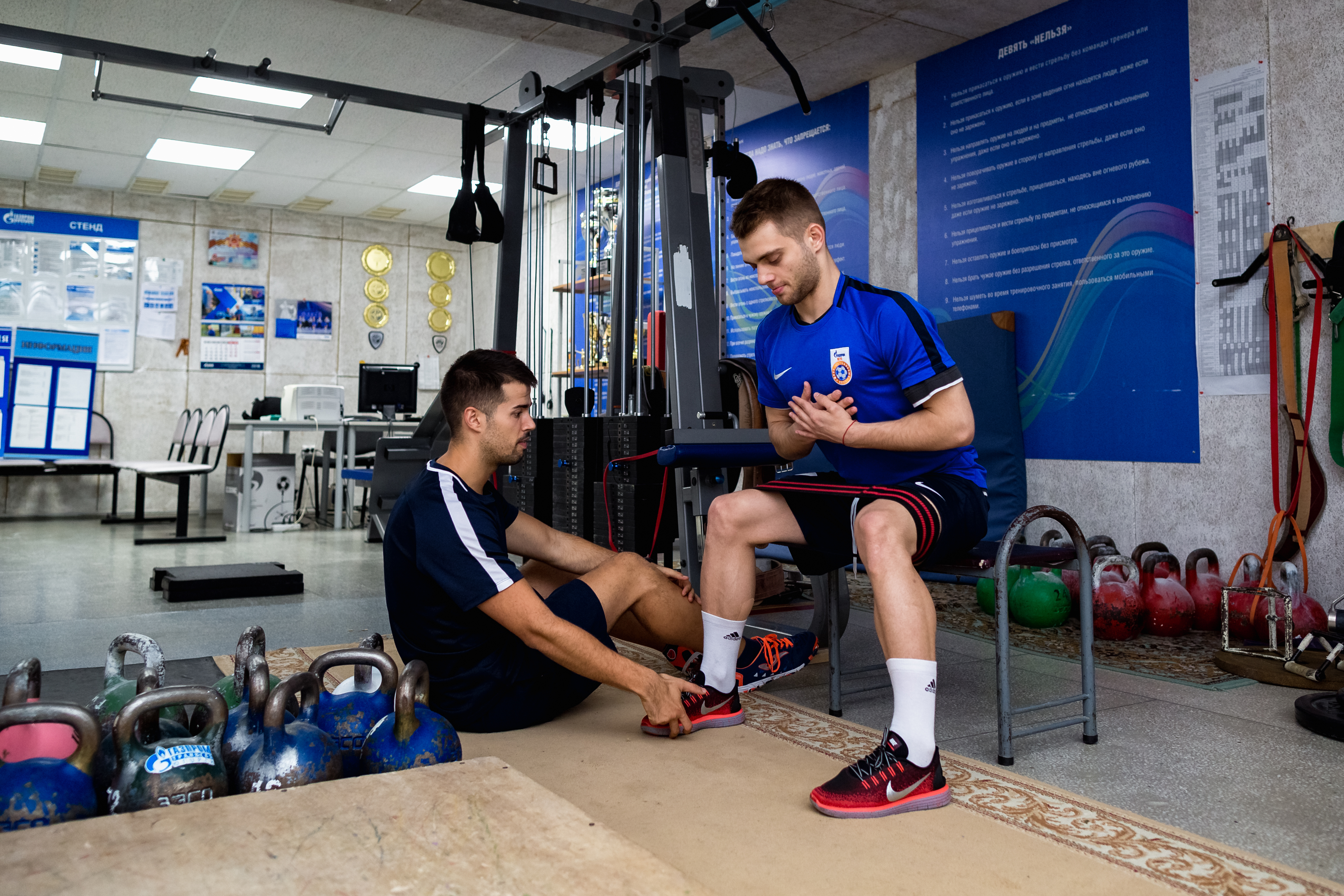 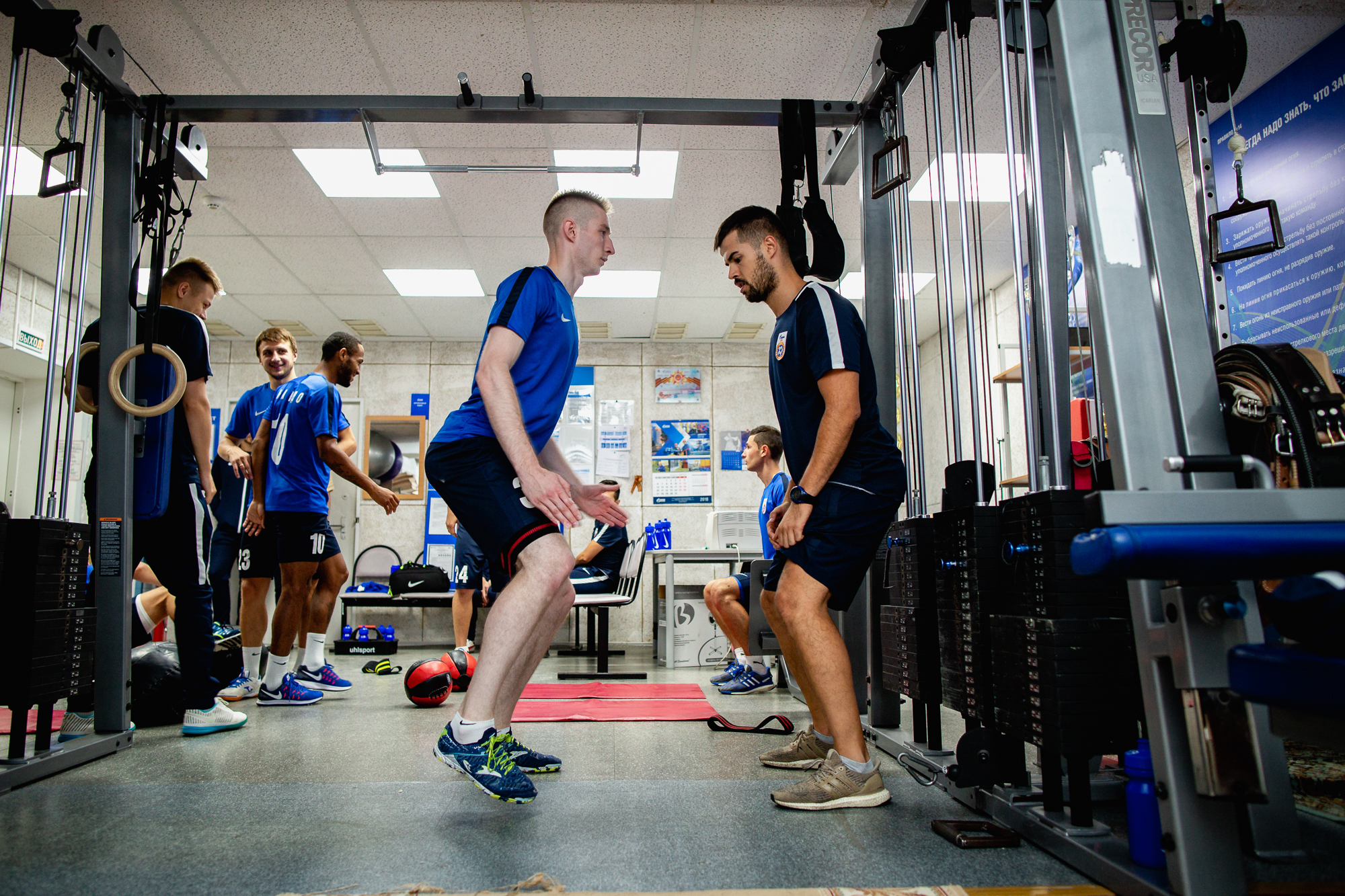 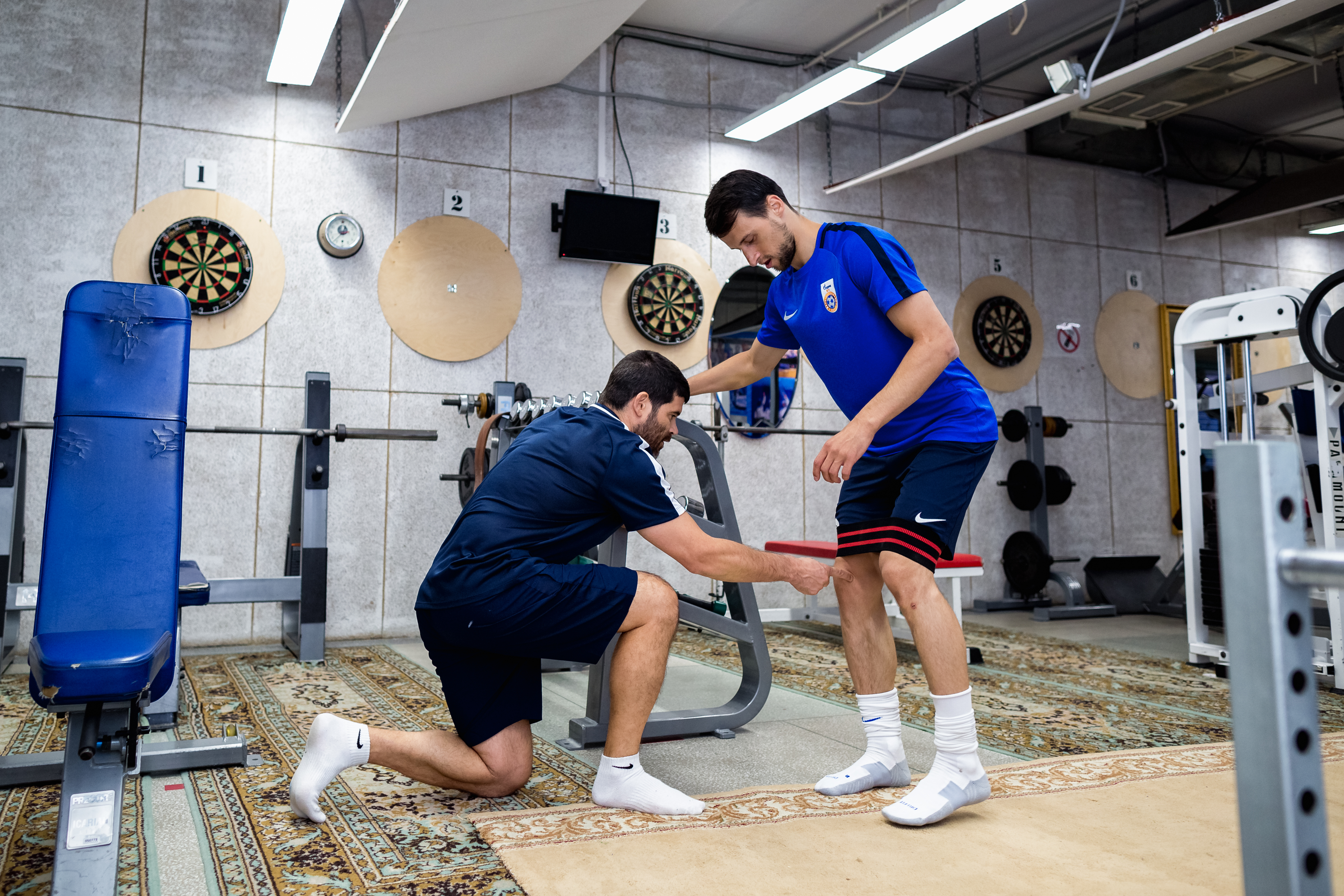 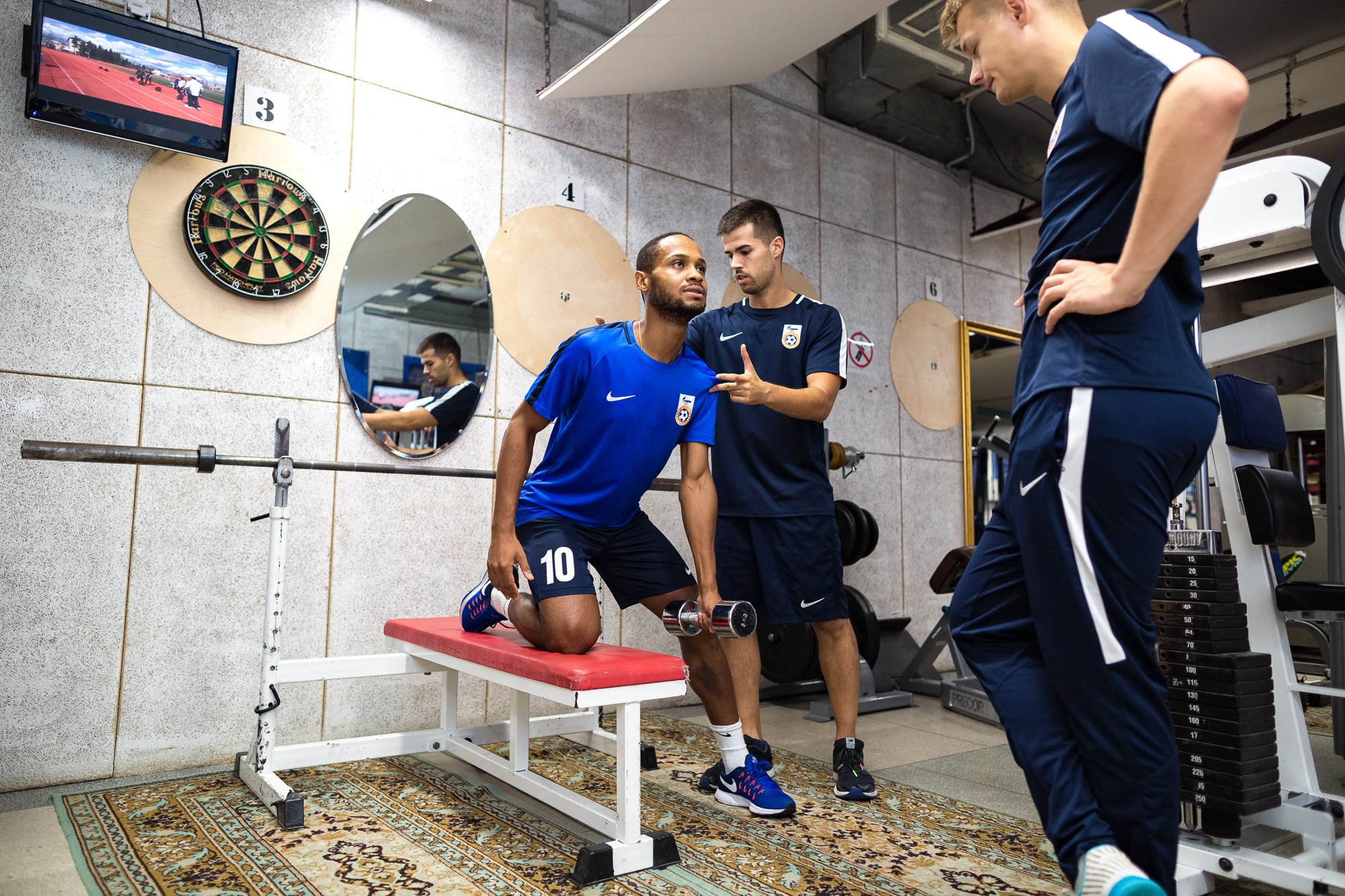 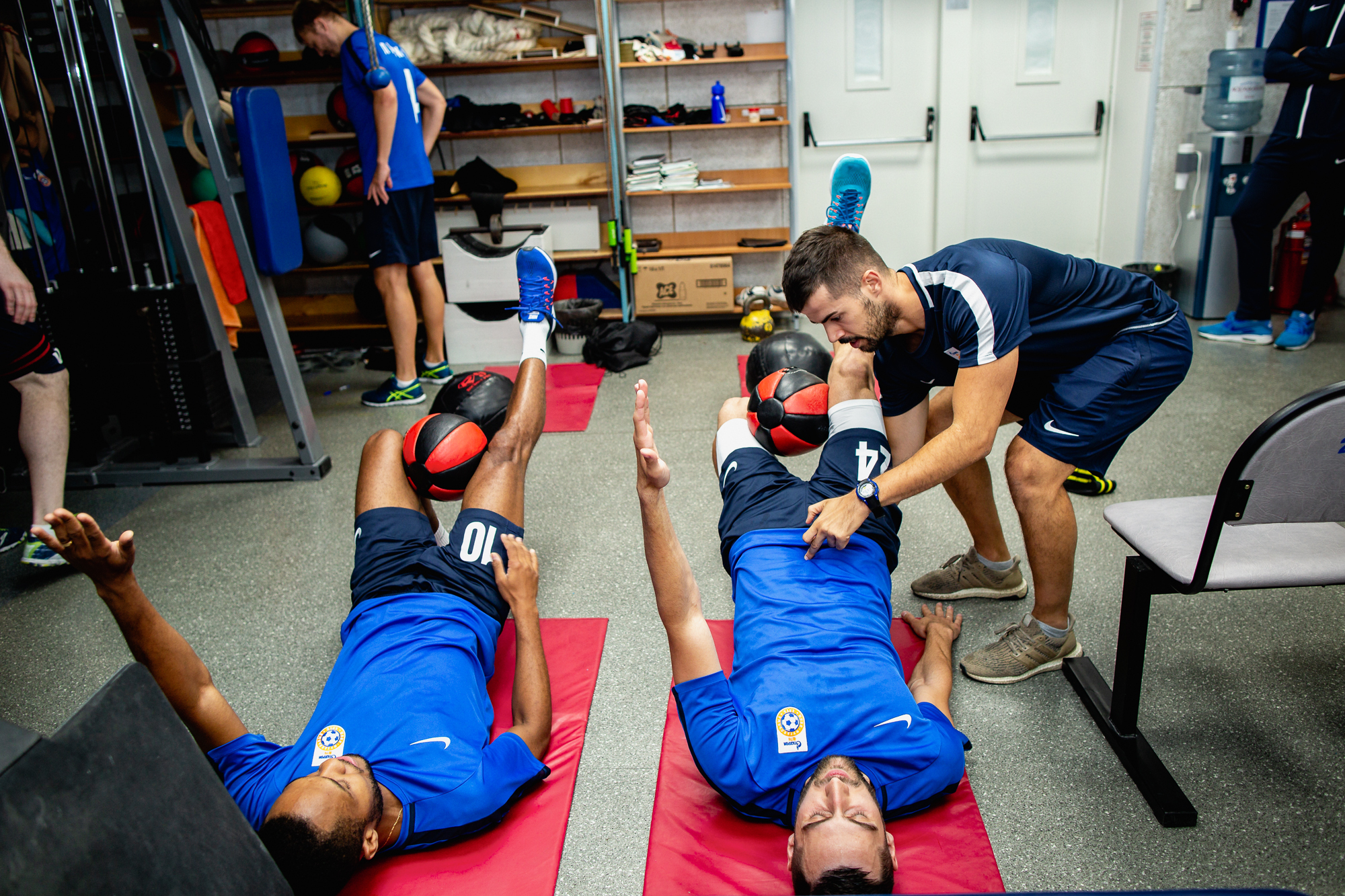 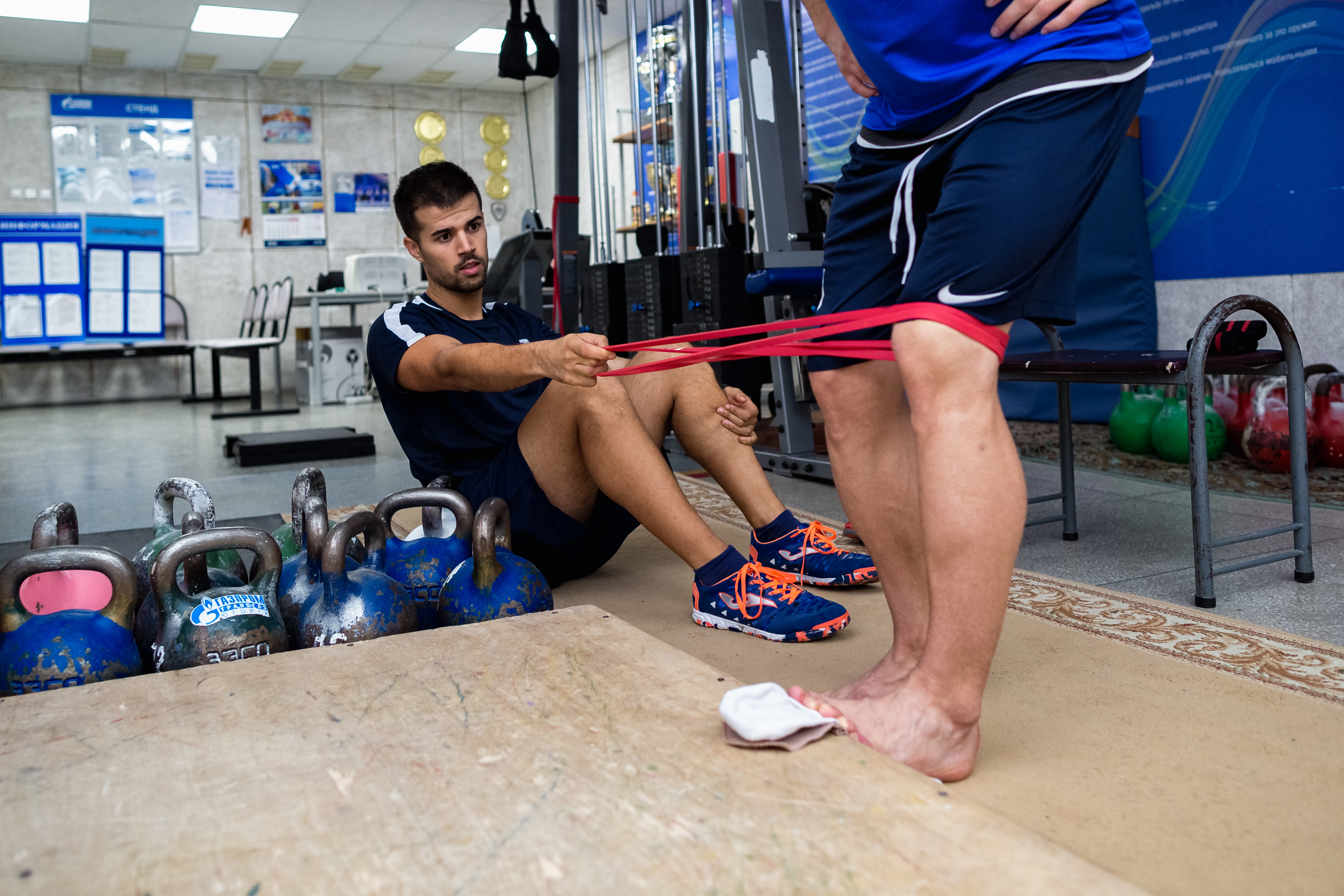 The details of futsal, the differences between the Russian and Spanish futsal, the intricacies of team-work and individual work with the players were discussed by the physical education coaches of our team, Villarejo Garcia Diego Hernan and Belmonte Perez Juan Daniel. – What tasks did the coaching staff put into preparing for the season? – […]

The details of futsal, the differences between the Russian and Spanish futsal, the intricacies of team-work and individual work with the players were discussed by the physical education coaches of our team, Villarejo Garcia Diego Hernan and Belmonte Perez Juan Daniel.

– What tasks did the coaching staff put into preparing for the season?

– The main task is to maintain the level achieved in the season 2017/18 and, of course, improve the results, because Europe is ahead and everyone understands that it is necessary to show a decent game there.

Every team is always supposed to work on three components: physical preparation, tactics and psychological state of players. Specifically, we are responsible for the first component. But, in our opinion, it is not enough that the player is simply quick, hardy or dexterous. We noticed that the Russian futsal players, for instance, of this team are stronger and more enduring than the European ones. But technically Russian players can learn a lot from Spanish coaches.

– How did the players react to the changes in the training process?

– The team reacted to the innovations in quite a humble way. First, physical training in futsal today is already a science, and quite unified. Secondly, the team previously worked with two Brazilian coaches, and their work is basically similar.

The FC Gazprom-UGRA, metaphorically speaking, is a Ferrari: a very powerful car. But even the best car doesn’t drive itself. It needs a good driver and high-quality maintenance. We are just responsible for the last one which is detailing. One of our goals is to prepare the player in such a way that during the entire season, minimize the number of injuries, teach them to move more correctly, and also extend their career. Then the coach can better drive this “powerful car”.

– The game system in Russia and Spain is different, in this regard, is the approach to the training process much different?

Mostly we’ve been working without a ball on the floor and in the gym. Later on, we’ll get to working with the ball, which then will be applicable to the training sessions led by the head coach.

The main points that we pay attention to are work on speed and change of directions, which are important in futsal; reduction of injuries in general and especially traumatism of hip muscles and joints; and the last – we help the coach to track the load. It happens that a tired player has a higher risk of injury and there is a chance that he will work less trying to save energy.

I would like to note a unique opportunity to use the PolarTeamPro system. This thing in futsal is very rare, in Spain we never worked with it. It is very important to understand the player’s perception of training, usually for this we used a subjective method. And now we have two ways to understand this: subjective which is the daily questioning of the players about their well-being, and another, more objective which is the ability to monitor the load and analyze the training of each player on the tablet in real time.

– Please tell us about the planning of the training process.

– There are sketches for some average term, say, ten days; but a clearer plan is elaborated in details only for about for three days. In addition, a plan is drawn up for each next training day with the coach taking into account the physical and psychological state of the players.

In general, in team sports it is inefficient and, rather, it is even impossible to plan for some long period of time. A huge number of factors such a unexpected injuries, and the flight from Moscow to Yugorsk, where the two-hour difference with two hours of difference in time, all of it leads to the need to change the entire training plan.

There is a compulsory basic training for the whole team, because all players go to the same floor equally and there is one task before them. Also there is an individual preparation. It is necessary to improve the strengths of a particular athlete and correct the weak ones. Or, let’s say, one right-handed, another left-handed. We are working through all of it. And there is a separate group of players who have injuries. Working with them is aimed at recovery.

Aleksandr Pirogov shared his impressions of the training:

– Training in the gym became much more interesting. There were exercises with rubber bands, classes aimed at developing intermuscular coordination, static exercises.

Last year, for the most part, the exercises were physically heavier, with an Olympic bar, and the risk of injury was high enough. Now we work with minimal weight, several types of exercises are combined. The work is aimed at ensuring that in the future we receive fewer injuries, so that both the legs and the head are ready.

Of course, while it is hard to train in a two-time mode: a gym and in the evening two-hour work with the ball. Legs are really heavy, I’ve been still going through some mess in my head since last year, a lot of changes with the new coach, a new training plan. But everything is interesting, informative, we must try to work, then in the new season everything will be fine. For myself, I’ve learned a lot of exercises that can be performed even in a hotel room in my spare time, which is a big advantage.