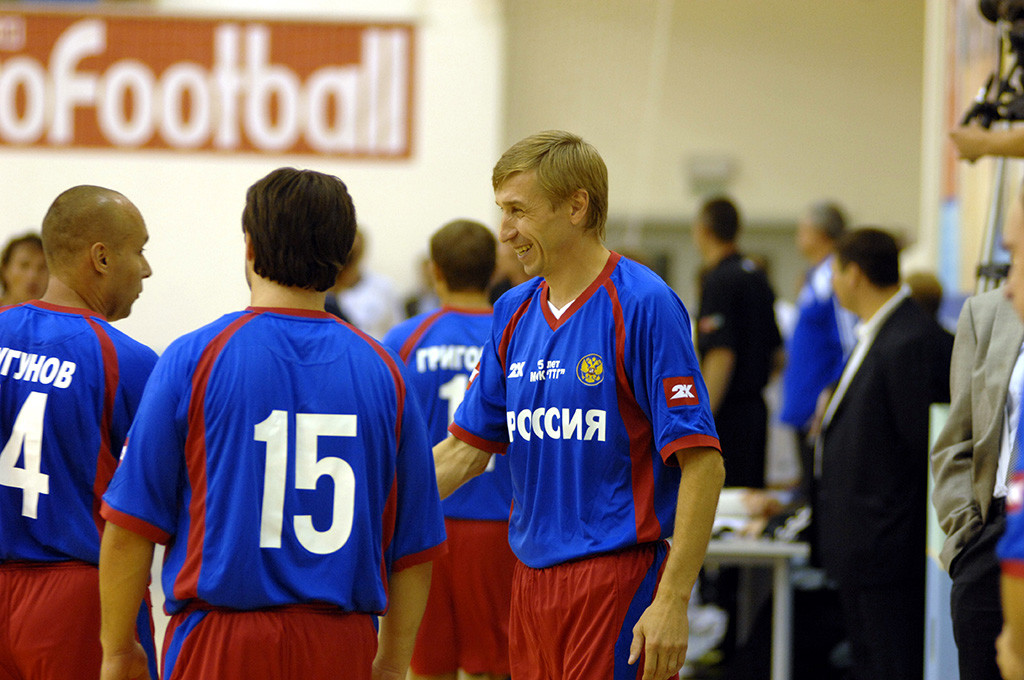 – I got acquainted with futsal in the early 90’s. At that time, I played in Hungary (football) and when there was a break in the Championship, I came on vacation to Chelyabinsk. During this period, the city has its first futsal team born “Phoenix”. My friends, who played in the Chelyabinsk club, were invited […]

– I got acquainted with futsal in the early 90’s. At that time, I played in Hungary (football) and when there was a break in the Championship, I came on vacation to Chelyabinsk. During this period, the city has its first futsal team born “Phoenix”. My friends, who played in the Chelyabinsk club, were invited to go with them to the Cup of Russia in Krasnodar. Of course, I responded to the offer of my friends, with whom up to this point had already played more than one year in football. At that tournament, “Phoenix” took second place, and I was recognized as the best striker. And at this point, the management of the club sent me an offer to try myself as a futsal player. Having solved certain issues in Hungary, I returned to Russia, already as a player of the futsal club “Phoenix”, in which I spent 6 years. With “Phoenix” we won bronze and silver medals of the Championship. So I plunged into a new kind of sport which was futsal.

– You had the honor to play for the Russian national team, with which you became the silver medalist of the European Championship.
– It is always a great honor and responsibility to play for the national team of your country. And when I received a call from the Russian team, of course, I accepted it with a great joy. At that time in the Russian championship the unconditional leader was the team “Dina”, and almost all of the players played for the Russian national team. In the year of my performance for the Russian team, we became vice-champions of the 1st trial European Championship, which was held in the Spanish Cordoba. In the final we lost to the hosts, the Spanish team. From that period, I have only the most positive memories. Now it is always pleasant to meet with former teammates, many of the guys have remained loyal to futsal and are working in the coaching staffs and governing bodies of the futsal clubs.

– In your futsal club career you played for such teams as “Phoenix”, Moscow’s Spartak and Gazprom-UGRA. What was the most memorable during this period?
– I have something to remember with each of these clubs, they were good friendly teams. And with each of these teams I managed to win prizes of the Championship of Russia. I finished my playing career in Yugorsk, at that time the club was called “Tyumentransgaz-Yava”. In 2000 I moved to TTG-Yava and in the same season, after a 4-year break, we won bronze medals at the Championship. The TTG-Yava team was remembered for me as a team, which was a single family. The competition system was a “tour” and we spent quite a lot of time at the training camp in Yugorsk. I am very happy that futsal has accepted me and helped me extend the playing career of a professional player up to 39 years of age.

– What significant stages of the formation of the FC Gazprom-UGRA can you point out?
– In my opinion, the initial stage was very important. When the management of the enterprise Tyumentransgaz decided to create a team. And now it can be pointed out how important and positive was this step for the city of Yugorsk. Today Yugorsk is one of the centers of development of Russian futsal. So everyone got used to the team, and we feel that it is loved by our fans. For the company and the city, the decision to create a team is not only to have a sport of high achievements, but also an important social project that covers all segments of the population, including children. At the moment there are about four hundred children in our children’s futsal school and this is the most massive sports section. Gazprom Transgaz Yugorsk has created excellent conditions for the development of the main team and for the development of children’s and youth futsal.
I will also point out the moment when the management decided to invite foreign players. This contributed not only to improving the team’s results, but also to the growth of young Russian players. Our team was played by some of the best Brazilian players in the history of Russian futsal, such as Robinho, Lima, Neto, etc. The younger generation of our players grew up watching and playing with them. Still, the Brazilian futsal is a brand of the highest quality.

– A few words about today’s futsal club Gazprom-UGRA.
– Today, Gazprom-Ugra is a stable team, with strong players and a coaching staff, to whom the maximum tasks are set. For the team, 2015 and 2016 were very successful, when we won the Russian Championship, became owners of the Cup of Russia and the UEFA Cup. This year the team won the Cup of Russia, and now begins the fight in the playoffs for the victory in the Russian Championship and the ticket to the UEFA Champions League. Today the mission of the team is to be everywhere the best and multiply our trophies. The management of the Club creates all conditions for this, which means that we can look to the future with optimism.

– What would you wish the club for the 25th anniversary?
– First of all, Development. Development of club infrastructure. We have much to strive for the development of children’s futsal and the preparation of a reserve for the main team. It would be desirable to go only forward, not to lower the given level, to put before ourselves the top goals and challenges.

KOTLYAROV: IT WILL SERVE US AS LESSON