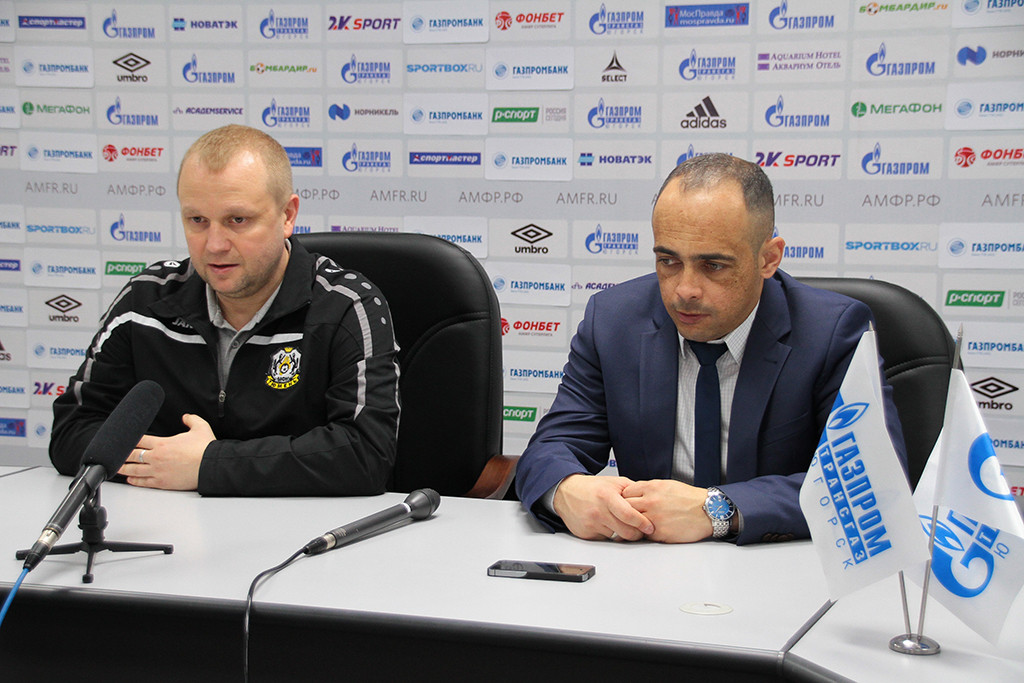 Kaka, “Gazprom-UGRA” head coach: – Very beautiful atmosphere. And once again thanks to our fans, today we felt that we were playing at home. I also can only thank our players. I can say that I’m proud of them. Today they did not do only what I asked, they did more. The players made me […]

– Very beautiful atmosphere. And once again thanks to our fans, today we felt that we were playing at home. I also can only thank our players. I can say that I’m proud of them. Today they did not do only what I asked, they did more. The players made me feel that even during the game the coach can grow and I saw what I had not noticed before. As for the game, I think that the opponent was able to press us only when they began to play with an extra man. Before they had no chances at all. We pressed the entire match, when it was four by four, and played opponent’s half of the pitch. Of course, when you play 20 minutes with an extra man, you wil have chance to score. I think that we did a good job and in 20 minutes of the game in the minority we missed only two goals. There were not many moments, Kupatadze helped out, but we also had the opportunity to score in an empty goal. I think that the result is natural, and now we must begin to prepare for the next stage.

– We expected Gazprom to start actively, but the first three goals entered too easily. Of course, after such a knockdown it’s hard to get back on your feet. When the second half began and after 4-0 it became even more difficult. To the credit of our team, all the guys believed that it was possible to do something. We had moments, we had chances to at least draw the game in the regular time. But this is futsal, and if we’d taken advantage of our moments, we’d had chances. The guys did a good job, they tried, fought and wanted to win. If we take the entire series, then in each of the matches we had a chance to win, and one of the meetings ended in penalties, and this is a futsal lottery. I have nothing to complain about throughout the roud in general. We would like to play in full line, I mean Upalev and Misharin, but injuries, injuries, injuries, and they could not recover as much as possible, so they missed almost the entire round. And still they were with the team, they were close and supported us. I’d like to say a word about our fans who came by a minibus and supported us. They drove the team forward today, and the unity that we demonstrated with our fans is very important. There is a connection between the team and the fans. They love us, we love them, and thank them very much for their support. Good luck to “Gazprom” in the future.