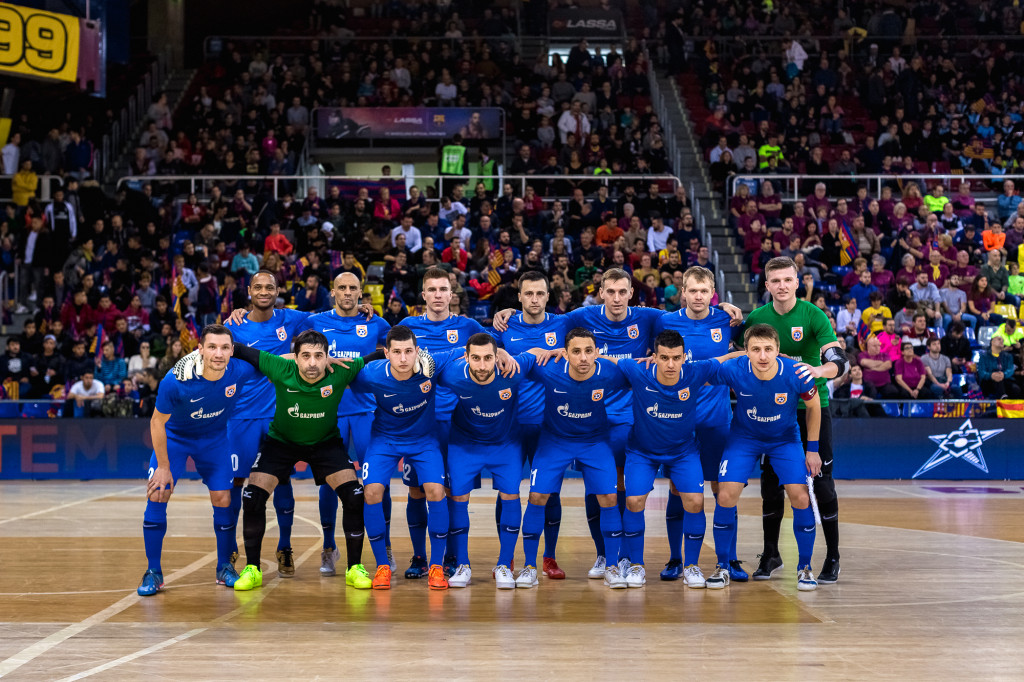 Champions League. Elite round. Group B

The host team could take the lead thanks to a penalty kick only – in the 8th minute Esquerdinha provokes Caio on a foul inside the penalty area, and Ferrao scores to Kupatadze in cold blood. During the game Ugra team look no worse than their opponents, having every chance to recoup, but Lyskov and Nando do not have enough luck in the episodes.

The bitter struggle continues on the “Palau Blaugrana” parquet after the break. A key role in preserving the winning result for Barca is played by goalkeeper Juanjo, who blocked all attempts by Ugra players to even the score. At the 40th minute, the ball miraculously does not enter the net after Shayakhmetov’s powerful blow, and Lyskov does not have time to correct the trajectory while kicking. A little later, the goalkeeper of the Catalan club scores a goal, hitting the empty goal of the Russian club in the last seconds. “Barcelona” becomes a member of the “Final Four”, “Gazprom-Ugra” finishes second in the quartet B and leaves the tournament.