KAKA: “WE HAVE STRENGTH TO FINISH THE SEASON WITH DIGNITY” 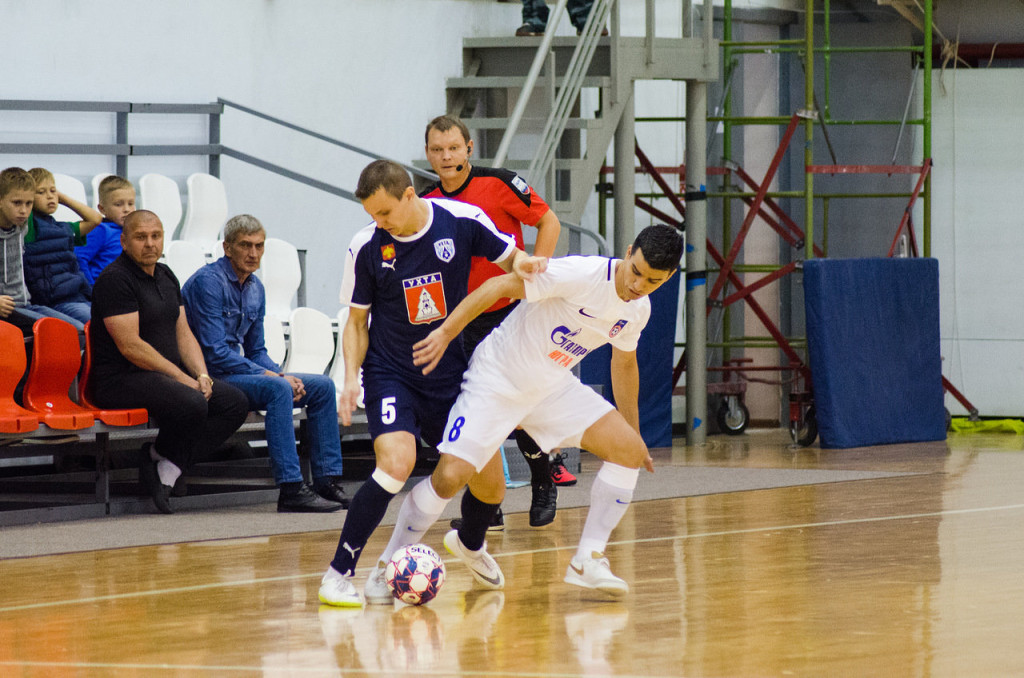 The current champion of Russia, Gazprom-UGRA, in the Super League’s starting round scored a second guest victory over Ukhta, 8-4. “Gazprom-UGRA” scored first. In order to score the goal against “Ukhta” in the 9th Chishkala met a cross of the corner and sent the ball under the crossbar. Five minutes later, Pirogov managed to succeed, […]

The current champion of Russia, Gazprom-UGRA, in the Super League’s starting round scored a second guest victory over Ukhta, 8-4.

“Gazprom-UGRA” scored first. In order to score the goal against “Ukhta” in the 9th Chishkala met a cross of the corner and sent the ball under the crossbar. Five minutes later, Pirogov managed to succeed, met a cross in the penalty area after Afanasiev passed him the ball. Then again the corner, it is the third ball in the net of the hosts. Signev shoots from the distance. On the 21st minute Kuznetsov manages to pick up the ball when it rebounded and make the first goal.

The second half of the meeting became even more abundant for goals and moments. Chishkala on the 28th minute almost broke the net with a powerful shot, scoring a double. Kuznetsov answered back and scored with his head in on 31st minute through the pass of Salakhov. Afanasyev, having thrown a “parachute” over the goalkeeper, and Signev, who sent the ball to the far post, returned a comfortable advantage to Ugra team, but “Ukhta” scored again. Dunets broke out face to face with Kupatadze and just struck at the bottom corner on the 37th minute. Ivan Chishkala scores his hat-trick on the 44th minute. Kuzminikh in the award for perseverance scores on the 49th minute, and Vladislav Shayakhmetov put the final point in the match by scoring with an extra player.

Press conference after the second game of the I round of the Russian Futsal Championship “Ukhta” (Ukhta) vs Gazprom-UGRA (Yugorsk), 4-8 (1-3): 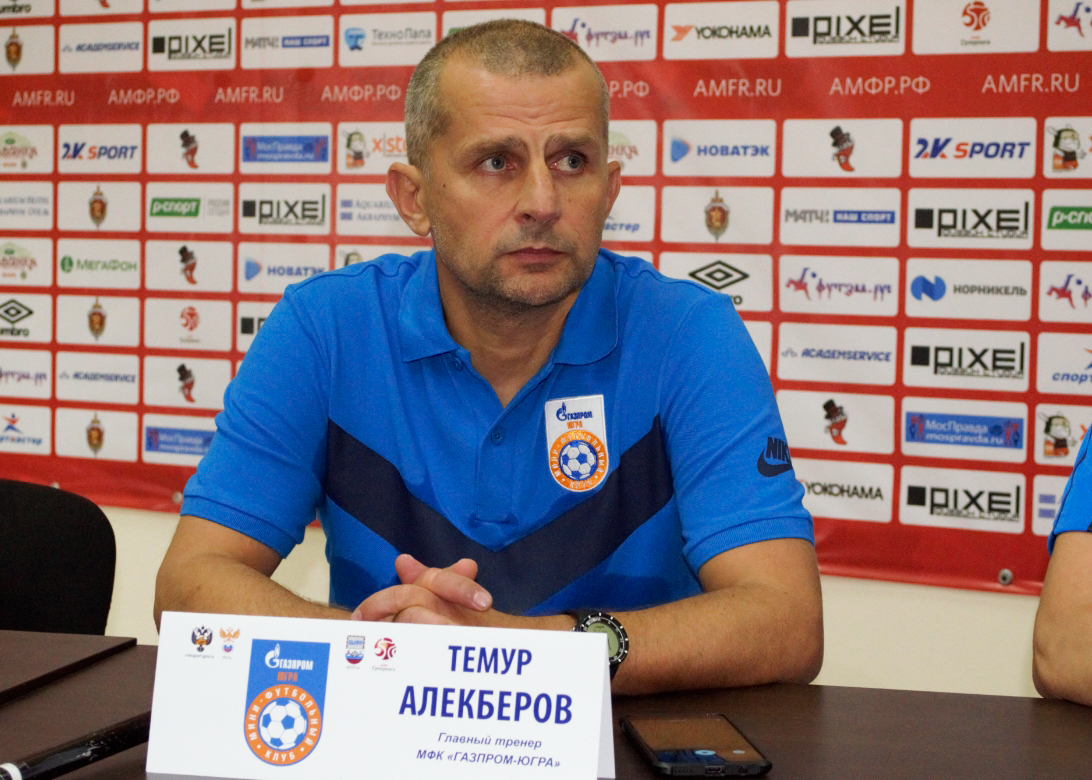 – Today the game was more interesting and spectacular. I connect this, first of all, with the fact that the old balls were returned and the players were able to perform much more.

We managed to create a comfortable advantage at the beginning of the meeting, but sometimes when it was possible to improve and strengthen it, we missed the game a little. Although, in general, the guys controlled the game, controlled the score.

I want to thank my team for the proper and professional attitude. 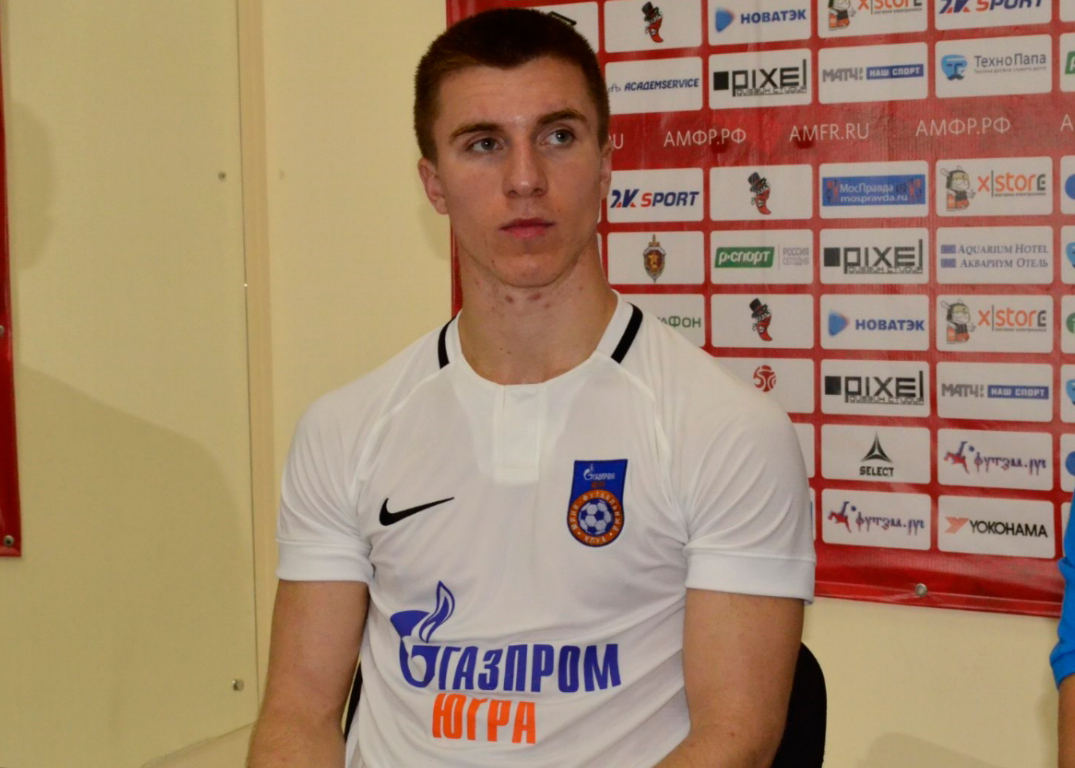 – Of course, today we succeeded more than yesterday. Mostly because we played the old ball. I hope we will play with it in the future.

In general, we controlled the game. In my opinion, we did everything to win. Therefore, I have only positive emotions from the meeting. It’s great that we are back after preseason in such a good shape. This also applies to physical readiness. We felt no fatigue.

Thanks to the fans who came to the stands, it is very pleasant to play in such an atmosphere.

– I note that our team played both matches with great desire and dedication. It was obvious. We wanted to match the level of Gazprom, but sometimes it’s hard for us to do it. But, I hope, we are on the right track.

Yesterday it was more about fighting, today it was about the game. Both teams created moments, Gazprom scored more… players are more masterful. We tried, played until the end, tried to reverse the course of the meeting, but… it’s still hard for us.

– What about the debut in the Super League of the young trainee of the club Zhasur Tuychiev?

– What to say? Well done! In the first game he played in the end, acted pretty calmly. In the second match, he made a little mistake – an unnecessary foul, but it’s okay… He held a good preseason tournament (“Urals cup “). Well done! We count on him in the future.

– I note that we were well prepared physically to a two-legged confrontation. However, in the second half of the meetings we were not able to fully correspond to the level of Gazprom. We missed many simple balls, which cannot be done in games with such a rival.

I’m glad that we are scoring a lot, but at the same time, we miss a lot.

Press-service of the FC Ukhta.