Maximum points in matches of the 15th round 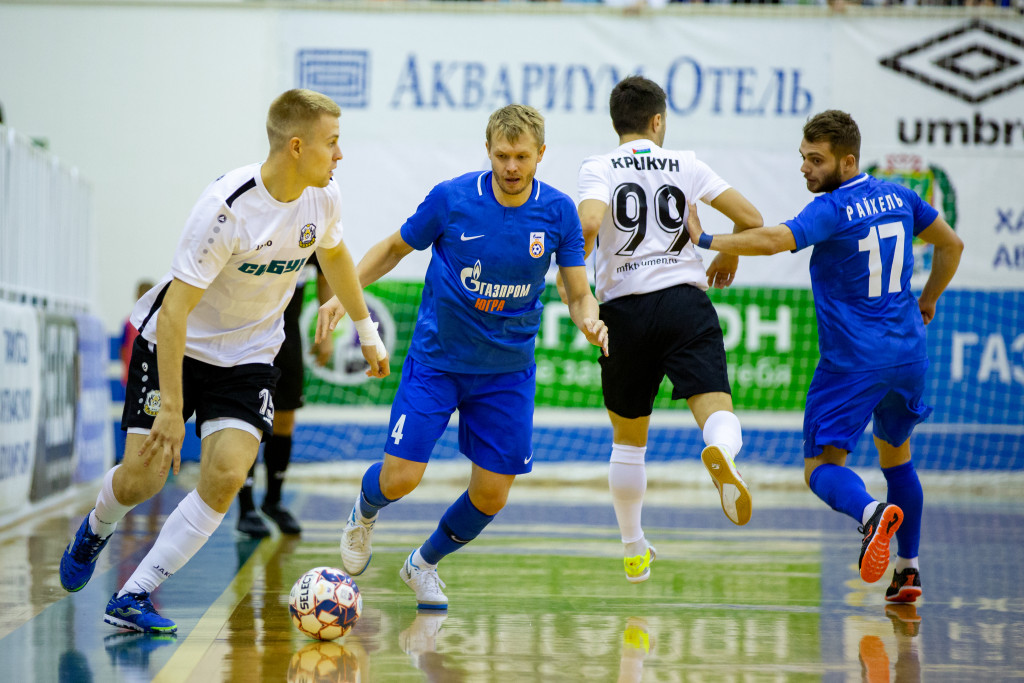 The second home match of the central opposition of the 2nd round between the teams “Gazprom-UGRA” and “Tyumen” again ends with the success of the guests, 2-1. Only after a foul that the teams could open the score. Gulyaykin plays with his hand in the penalty area of ​​”Tyumen” on the 9th minute, for which […]

The second home match of the central opposition of the 2nd round between the teams “Gazprom-UGRA” and “Tyumen” again ends with the success of the guests, 2-1.

Only after a foul that the teams could open the score. Gulyaykin plays with his hand in the penalty area of ​​”Tyumen” on the 9th minute, for which Vladislav Shayakhmetov scores a goal. The match is quite toughs, so for a long time the first goal remains unique.

Only on the 39th minute the guests could draw the score. Andrey Sokolov has literally brought a ball in a gate off the pass of Krykun. Almost immediately, we had a chance to come forward, but the attempts of Raykhel and Volinyuk failed this one.

The match outcome changes drastically on the 49th minute, when Lyskov earns the sixth foul. Slemzin couldn’t cope with the kick of Batirev. Vladislav Shayakhmetov immediately appears as the fifth field. Lyskov with a blow from an acute angle hits the crossbar at the end of the last minute of the game. The team from Tyumen eventually keeps the winning score (2-1) and returns from Yugorsk with six points.

After the match, they held a press conference with the participation of the head coaches and players.

– I’m very thankful to our team. We talked before the game, prepared for the game. Today we controlled the ball more, the rival gave us the initiative, maybe because of this. Probably, it was hard for them to play only with 10 people. We had more control over the game. When the score was 0-1, when we did not score the penalty kick, the team still continued to play, to bend our line. The guys did a good job, they didn’t bend under the pressure, continued to play and as a result we won the match. Once again, thank you very much, team! We keep working gradually move on, the championship continues.

– Compared to yesterday’s game, the teams were more disciplined, played reliably in the defense, although the scoring chances arose both at our gates and at the gate of the opposing team. Sometimes it was the goalkeepers who helped, sometimes no one could score. Sometimes we lacked skills that is why the score is small which is untypical for futsal. Regarding our team, it’s good that we have coped with it, despite various factors, they could not break us. We bent our line, and in the end we were rewarded by the god of futsal, probably. Through patience we won. 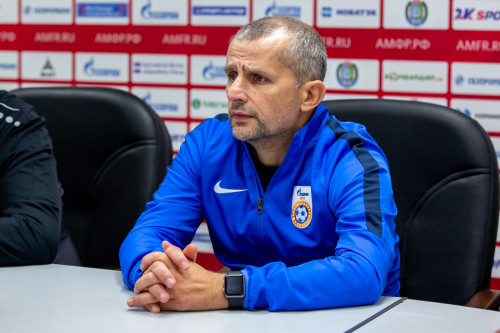 – It is a very difficult blow, two defeats at home. We understood how to play in order to achieve results, but we did not have enough resources. Therefore, we are only left to wait until all of our players get back. Probably need to restructure some tactical things, because many moments have already been brought to automatism. Today it was clearly visible that we lack strength even when we win, just to finish the episode, do not let the opponent score. But we also lack strength to force the opponent to make mistakes and score more. It can be seen that we are lacking in energy. Therefore, we couldn’t finish the game, we made even tactical mistakes, when we did six fouls, which is also made because of the the players fatigue. That is why it is very important to get all the players back. It’s a very difficult beginning, but let’s hope that we all survive the hit and try to still believe that we can play. 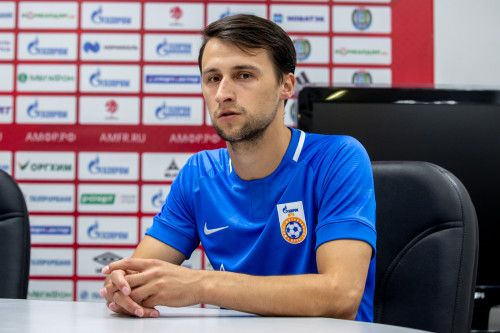 – Congratulations to Tyumen on winning. We actually have a difficult period, because all our players learn new tactics both in attack and defense, and the sooner we believe in it, the sooner the result will come to us. Of course, I would like to mention Artem Shevchenko for a very professional game in the gate.