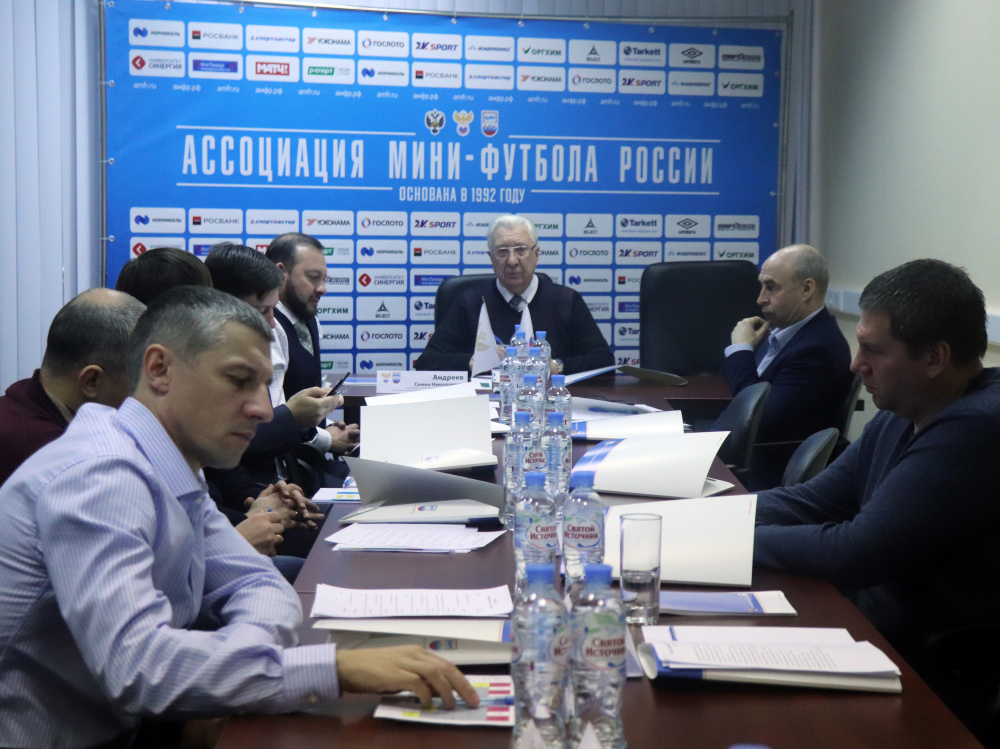 On December 25, a meeting of the coaching council of the Association of futsal of Russia was held at the House of Football in Moscow. The meeting was opened by the Honorary President of AMFR, Honored Trainer of the Russian Federation Semyon Andreev, who thanked his colleagues for the work this year, drawing attention to both […]

On December 25, a meeting of the coaching council of the Association of futsal of Russia was held at the House of Football in Moscow.
The meeting was opened by the Honorary President of AMFR, Honored Trainer of the Russian Federation Semyon Andreev, who thanked his colleagues for the work this year, drawing attention to both the successes achieved and the shortcomings over which the representatives of the coaching workshop still have to work. The chairman of the board also drew attention to the demand for Super League clubs’ mentors to participate in regional seminars of the Futsal Academy project. As a successful example, a recent seminar in Astrakhan with the participation of the KPRF head coach, Besik Zoidze, was cited. 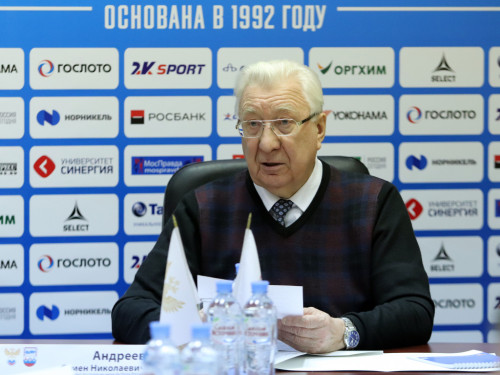 The results of the attestation of coaches held in September were summed up, during which 12 specialists received a category “A” license, another 64 mentors – category “B”. According to the RFU requirement, the coaches will undergo a similar procedure every two years. 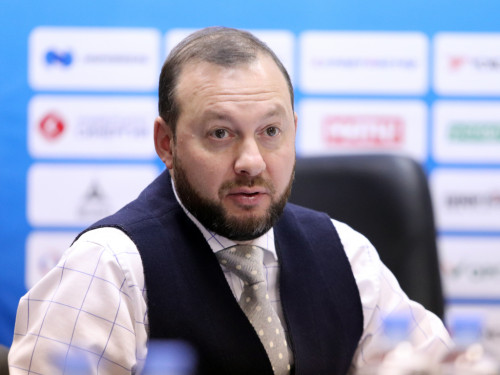 Sergey Skorovich, senior coach of men’s national teams of Russia, shared with colleagues his experience of working with the junior national team, which won the silver medals of the Youth Olympic Games in Buenos Aires this October, and Yevgeniy Kuzmin, mentor of the women’s national teams, touched upon the preparation of the national women’s team for the upcoming final stage EURO 19. 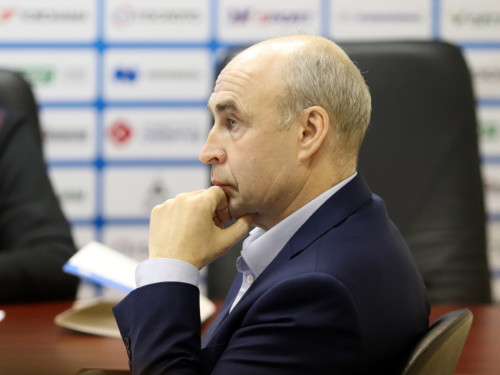 Coach of the Russian national teams Konstantin Mayevsky shared with the participants of the meeting plans for the preparation of the Russian junior futsal national team under the age of 19 for the first European Championship, the qualifications of which will be held in our home arena in March next year. 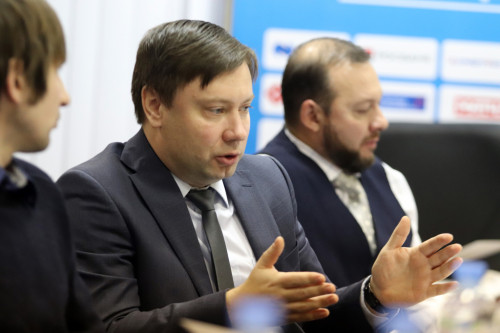 Maksim Savenkov, Head of the Professional futsal and AMFR reserve coaching department, spoke about the need to reform junior competitions for pupils of Super League clubs, as well as the work of the Futsal Academy project in the direction of Coaching Excellence. The main parameters of reforming the Junior Super League should be the increase in teams by attracting the most efficient clubs of the Higher League and, accordingly, an increase in the number of games. The coaches expressed support for this initiative, noting the need for a more detailed study of this issue. 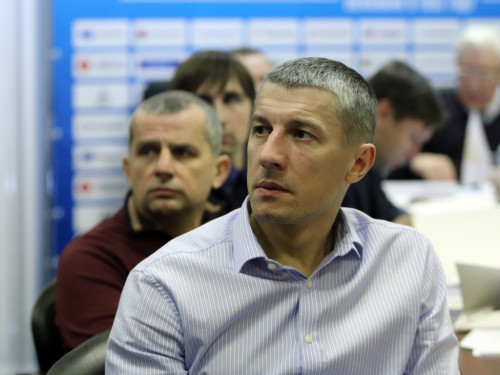 The greatest revival arose during a speech by Nikolay Tsaplin, the head of the Judging and Inspection Department. The meeting participants discussed the “framework of what is permitted” at the site, as well as such fundamental issues as mutual respect of the judges and the match participants, adherence to the principles of fair play, correct actions of the players in the performance of standard provisions and many others. 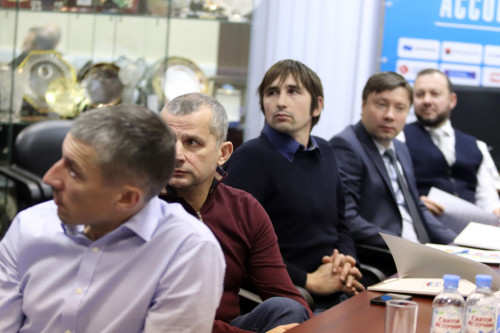 Among other issues, such topics as the specialization of futsal players by role and the formation of the most effective system for training youth players were touched upon. 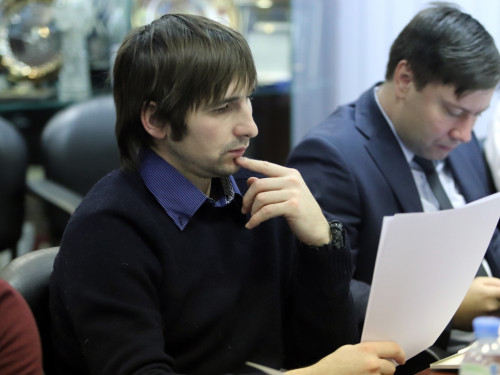 The next meeting of the AMFR coaching council will be held early next year – February-March. In the course of it, all the questions and proposals accepted from representatives of the coaching workshop on the basis of the last meeting will be considered. 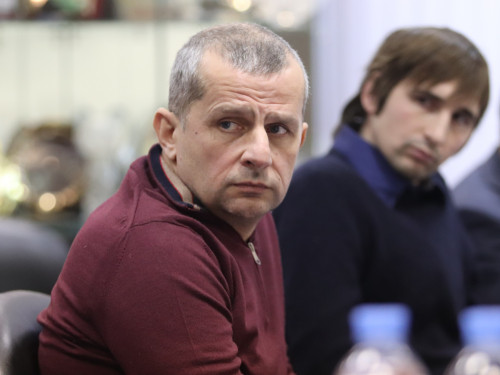 Gazprom-Ugra head coach Temur Alekberov shared his impressions of participating in the coaching council.
– Futsal is a very big “farm”. Today, when it is rapidly developing, there are many new tournaments, including those ones among the national teams, it is very interesting how the futsal works in our country, what are its prospects. There are so many points that you see from the inside and many of them can be corrected with the help of such meetings. In order to bring up new players, you need to clearly define the direction of movement. The coaching council is aimed at development – today there were interesting discussions, each of those present wants to make the game more spectacular. Therefore, we consulted in order to understand how to do this.