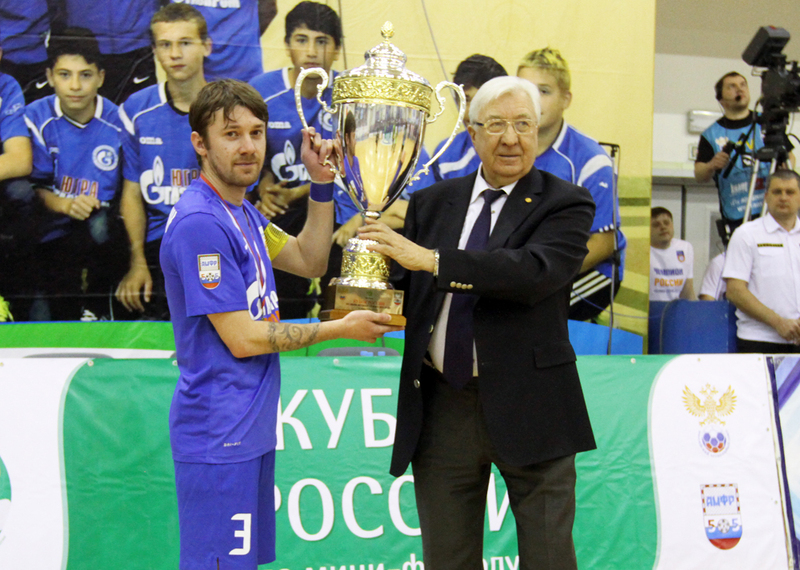 The honorary president of the futsal union of Russia, Semen Andreev held the ceremony of awarding the winners and finalists of the Russian Cup 2015/16 and then shared the results of his trip to Yugorsk.

– The trip of the futsal union of Russia delegation to the second leg of the Cup of Russia final was very productive. We took part in a meeting with the pupils of the FC “Gazprom-UGRA”, the coaching staff and parents. There were a lot of questions, we spoke about the activities of the futsal union of Russia, our national teams. And the president of the club, Eduard Sozonov and vice-president, Peter Berezin shared their plans for the further development of the youth sector.

– To which moments of the game you can pay special attention?
– I want to note that the game was interesting, it was bright enough with memorable moments. Of course, the outcome was mainly determined in Novosibirsk but “Siberiak” still showed their character and managed to win the separate match. It is pleasant to see that young players from both teams show a professional game, they are candidates for the youth national team. Artem Niyazov scored a hat-trick in the first leg, Ruslan Kudziev confidently plays in “Siberiak”. I want to thank head coaches of both teams – Kaka and Evgeniy Kuksevich for the trust that they have in the promising young players.