CAIO: “WE FOUND OUR GAME”

Nevretdinov: “we pay attention to all components of the game” 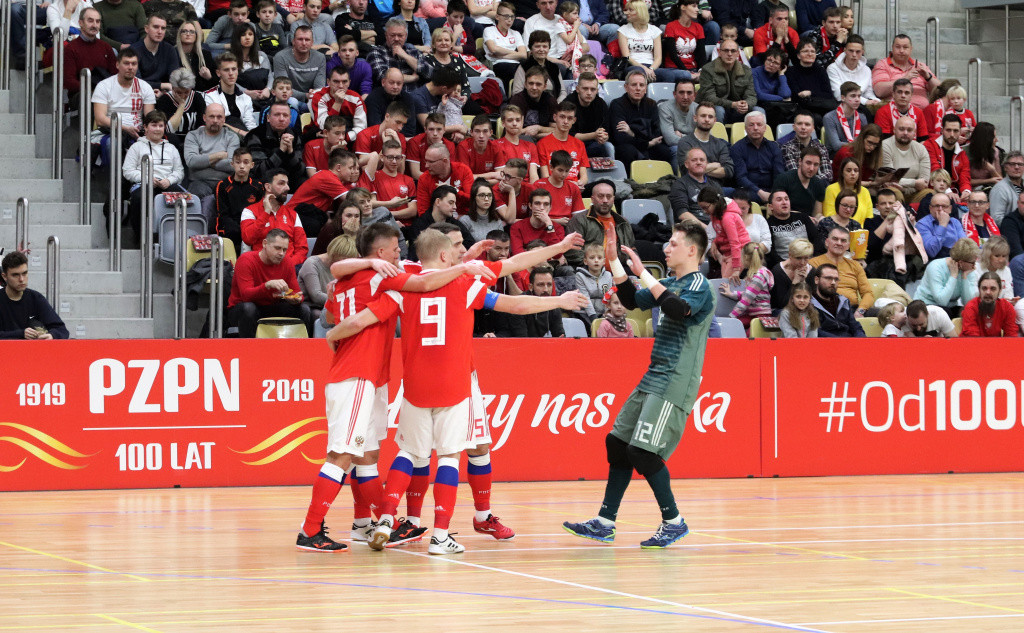 In the first friendly match in the Polish city of Opole, the Russian team defeated the hosts with a 2-1 score. The Polish Football Federation organized a real futsal holiday from this friendly match. Here and a colorful presentation of the players, and a laser show, and the touching ceremony of seeing off Captain Marcin […]

In the first friendly match in the Polish city of Opole, the Russian team defeated the hosts with a 2-1 score.

The Polish Football Federation organized a real futsal holiday from this friendly match. Here and a colorful presentation of the players, and a laser show, and the touching ceremony of seeing off Captain Marcin Mikolaevich during the game. Most of the tickets for the modern 3,000-seat Stegu were bought up long before the event, resulting in overcrowded stands.

It is natural that it was in such an atmosphere that the hosts especially wanted to win – and from the first minutes they rushed to put pressure on the gates of Nikolay Balashov: by the second minute our goalkeeper had time to repel a dangerous strike, and Kaluga, after a throw from an out, struck the post. But then the Poles committed a violation in his own penalty, and Ruslan Kudziev realized a penalty. 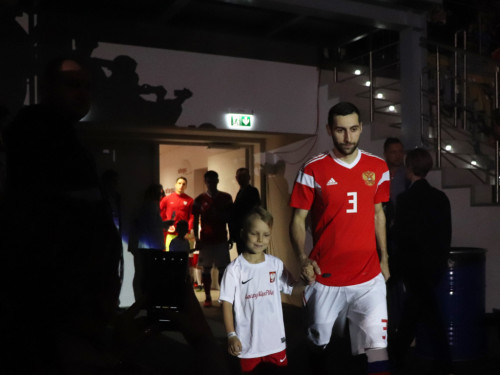 The onslaught of Poland did not subside, and there were plenty of events on both sides of the site. On the 10th minute, it was worth the same Kaluzha again to check Balashov’s readiness, as the Russian squad showed again a careful attitude to the standards: the transfer from the corner mark was closed by Ivan Chishkala. 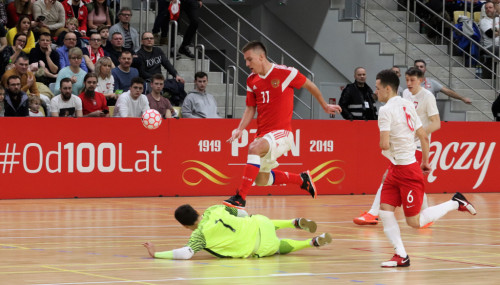 This cooled the heat of the hosts, but they saved their strength in the second half. They held the next 20 minutes with renewed vigor and aggression. The Russians had enough experience and skill to calmly restrain this onslaught, and Nikolay Balashov showed enviable calm in the most tense situations. But in general, the hosts and their fans deserve the beloved true futsal nerve ending.

It could have happened before: in the 38th minute, the Poles earned a free-kick on 7 meters and preferred to discuss it in advance on a timeout. The drawing turned out to be intricate, but Balashov coped with the finishing moves and it seemed that this could be the end of the match. But in all its glory, the main Polish striker Kubik, who was remembered by the Russians for the European Championship match in Slovenia, has not yet revealed himself. It was he who found a loophole in the defense of the Russian national team in the last minute, having finished off the ball that had bounced to him in the near corner.

The remaining time of the match, the Polish fans spent on their feet, but the owners did not save them – Russia won with a score of 2-1. The return match will be held on February 3 in the city of Nysa, and will begin at 19:00 Moscow time.