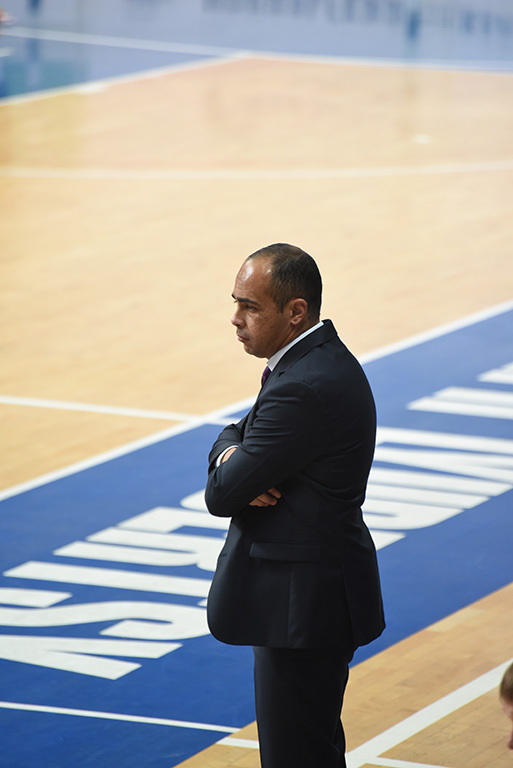 Press conference of head coaches and players after the match of the third round of the Russian Super League between the FC “Gazprom-UGRA” and the FC “Progress”, (2-1). Igor Putilov, head coach of the FC “Progress”: – I want to congratulate the opponent on a well-deserved victory, they completely owned the second half and created […]

Press conference of head coaches and players after the match of the third round of the Russian Super League between the FC “Gazprom-UGRA” and the FC “Progress”, (2-1).

Igor Putilov, head coach of the FC “Progress”:
– I want to congratulate the opponent on a well-deserved victory, they completely owned the second half and created enough scoring chances next to our goal.
I also want to express gratitude to my guys. We didn’t handle till the end when the opponent went all-in with an extra man. But we didn’t score our moments we created at 5 against 4. Today it was a good test for us and the guys could handle it, we played against a very skillful team, UEFA Cup holder. We did not deserve this defeat today, but still we lost, it means that the opponent was stronger in their tactics and stronger in their skills.
I want to comment about the refereeing. When we played in Ekaterinburg I did not say anything, I blamed myself. But as much horrible they refereed there, in the first half we had already five fouls after the first 7 minutes, the same happed here. In Europe, they’d give a red card for such a foul. I respect all the teams, including “Gazprom”, and I do not think someone tried to help them. Probably the judges are afraid or shy, but they had to show the red card. Whether we would have scored or not, while playing four against three, that’s another conversation. You have to be objective. Maybe someone does not like it, that “Progress” is in the lead positions in the standings. I got fed up after the last two games, after such a disgrace, when the same moments are treated differently. Once again I thank my guys very much, we will endeavor, work more and harder.
I wish to “Gazprom-UGRA” to prepare well for the Elite round of the UEFA Cup, reach the final of the tournament and defend their title.

Aleksandr Raykhel, player of the FC “Progress”:
– We lost concentration at the end of the match. We played it good almost until the end, followed out game plan. We played well some time at five against four, but at the last moment we just lost concentration, missed the goal, and got what we have. So today we were not totally ready, we will work on it, the championship is not over yet. I believe that our team has a great future, we will train to keep playing even better against any opponent.

Kaka, head coach of the FC “Gazprom-UGRA”:
– Today we played against a very organized team, which now deserved to occupy top lines of the tournament standings. We knew it would be difficult to play, it was necessary to give all the best we can, and it could be not enough to count on our skills only. We deserved this victory. I thank my guys for their timing and for the fact that everybody gave it his all on the pitch.

Dmitry Liskov, player of the FC “Gazprom-UGRA”:
– The confluence of circumstances that we score little. I think that at some point it will end, we will score more, and work on these moment at our training sessions.