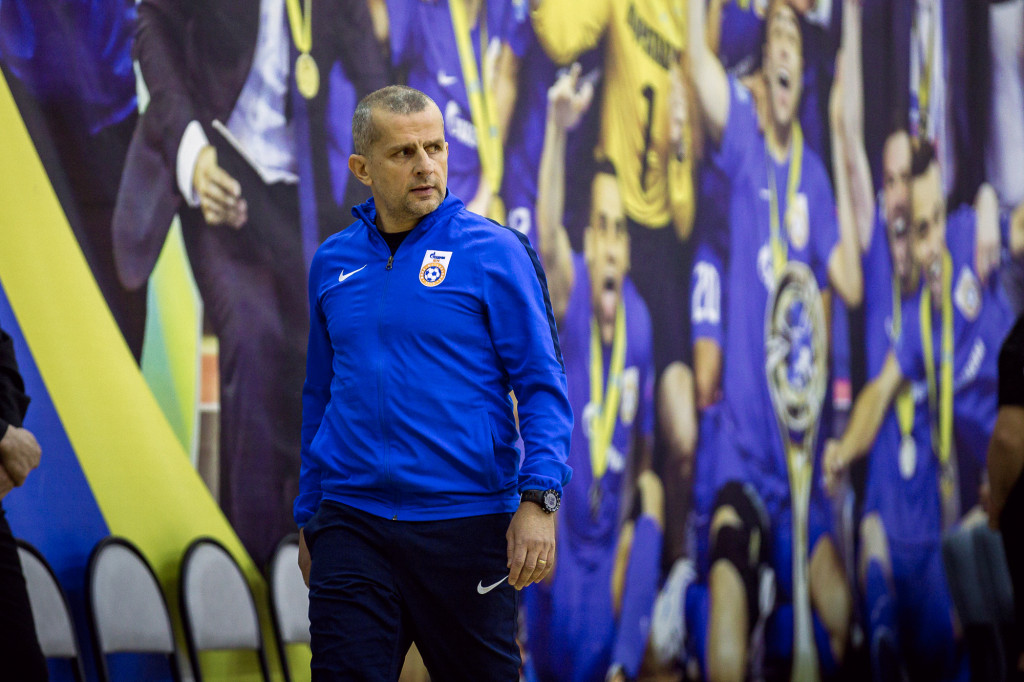 Press conference on the results of matches of the 13th round

Temur Alekberov: – If you look at the results of all four games of the last two rounds, with each game it became more and more difficult. Moreover, we didn’t play worse today, we didn’t create fewer moments today, I don’t have any complaints or questions to each of the players, because they were all […]

– If you look at the results of all four games of the last two rounds, with each game it became more and more difficult. Moreover, we didn’t play worse today, we didn’t create fewer moments today, I don’t have any complaints or questions to each of the players, because they were all 100% laid out. Of course, in some moments we took a certain risk, we understood this, but we have to think about the global, because there is a very large load on a number of players. Today, the opponent played very well, their goalkeeper played very confidently. The rival plays very quickly, plays very intensively and in order to make him make mistakes, in order to score a goal, you need to be fresh, move a lot, so goals were given very difficult, although we created moments. There is a certain frustration about losing points, but we really need to understand that the Championship is going on, the tasks facing us need to be resolved, it’s not so long before the next round, we need the guys to recover. I often say this to the players, which is very important to me what you have done today in order to achieve a positive result. Today I saw that each of them did everything he could. It is a very heavy series, but it means that today we almost finished up a positive result, we need to prepare further.

– Now it is very difficult to talk about something. There is devastation and great disappointment. But in any case, I congratulate Dynamo on a deserved victory! Our scoring mistakes, including mine, predetermined the outcome of the match. Of course, we had moments, but we didn’t realize them, we didn’t score. We will continue to work – Dynamo has its own tasks, we have ours. We will prepare for the following tours.

– Four games in a row with Gazprom are very hard. And probably, if you take these 2 rounds, the guys did not deserve four losses, they proved that. Today, we switched to two “fours”, unlike those three games, where we made it possible for all the guys to play, so that there was a game practice. And today, those guys that went to the site were more concentrated, more motivated and had a great desire to play, not to give up. And all this resulted in a positive result for us. I want to thank each of the players of our team, because each of them, without even going to the site today, contributed to this victory in one of these four games. Having played these three games in 12 people, the load was distributed evenly and today we probably had freshness, which the rival did not have, who have problems with the composition – they play 4 games of 8-9 people. Many thanks and kowtows to the guys who got this victory today. Thank you very much Temur Alekberov, thanks to Gazprom for this experience, to play four games in a row with the Champion of the country. And in conclusion I would like to congratulate Maksim Smirnov, his evening was a birthday! In these two games, he scored three goals. On my own behalf and on the team I would like to congratulate him on this success. I think he played this tour superbly! Perhaps on the emotions of his birthday today, he wanted to score more than yesterday and he did it!

– First of all I want to thank the opponent for the four games that we played with him. For us, this is an invaluable experience to fight with the current champions. We have shown that our team can achieve results. Despite the fact that Gazprom played in a truncated composition, it was very difficult for us to resist them. We laid out in each game and here in the last match our efforts gave the result. As air for us, these points to catch in the standings higher before the playoffs.