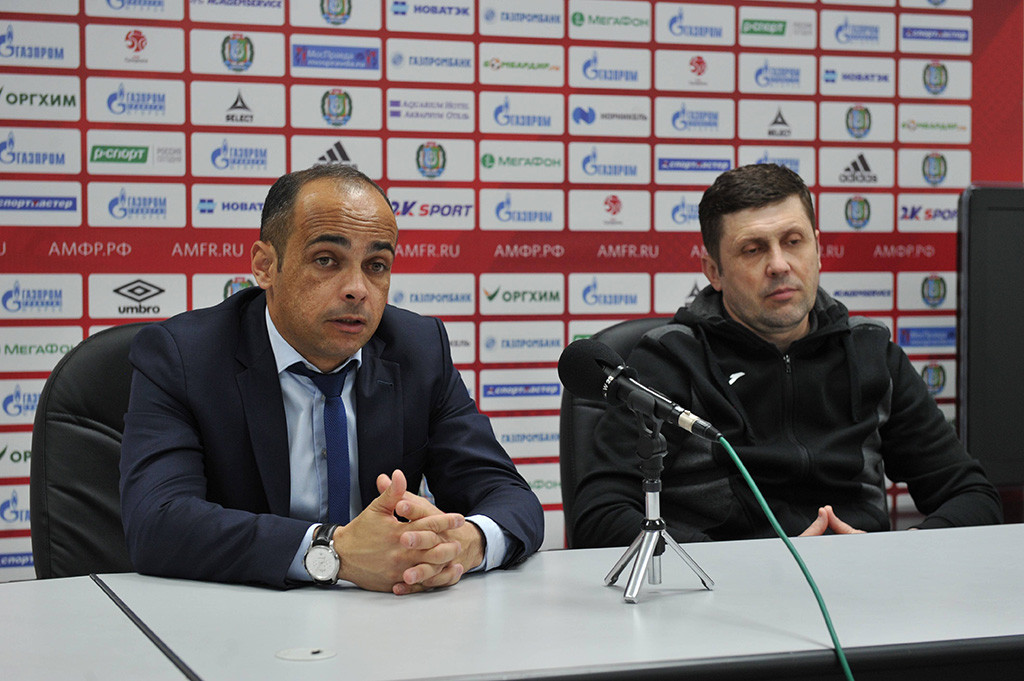 The FC Gazprom-UGRA won a rather difficult victory over “New Generation” from Syktyvkar in the first match of the quarterfinal play-off series of the Super League, 6-4. Kaka, Gazprom-UGRA head coach: – The game did not meet to expectations, according to how the last match with “Sibiryak” took place and according to the way we […]

The FC Gazprom-UGRA won a rather difficult victory over “New Generation” from Syktyvkar in the first match of the quarterfinal play-off series of the Super League, 6-4.

Kaka, Gazprom-UGRA head coach:
– The game did not meet to expectations, according to how the last match with “Sibiryak” took place and according to the way we spent a week’s training cycle. We were far from the right level, and the game showed that in the playoffs there are no passing matches. Any team goes as in the final, as in the Cup. Any team will fight, because they know that this is a decisive match, not a passing game. We have won with great difficulty, and we know that we have not shown our football, the way we can play. We will draw conclusions and prepare for the next match.

Vadim Yashin, New Generation head coach:
– First of all, I want to express my support to the guys from Progress, who, I think, were undeservedly deprived of the playoffs. They were a very good and united team this season, and deserve this place by right. I represent their feelings that they were deprived of the tournament on an unsportsmanlike basis, but this is not their fault.
We tried today not “to hit the dirt with our faces”, nevertheless played with the winner of the regular season. We realized that in an open game we do not have many chances, and so we tried to break the game for some moments, episodes. At the same time, we tried to keep the concentration, not to lose individual fights, to play as disciplined as possible. We showed character, scored 4 goals and kept intrigue in the match until the last minutes. As for the movement, today we didn’t look any worse than Gazprom, and when you are ready, you try and are disciplined, then the advantage can be on either side. With these thoughts we are preparing for tomorrow’s game.

Maksim Volynyuk, Gazprom-UGRA player:
– The match was difficult, despite the fact that we had the whole lineup, the advantage was minimal. This is playoff and it does not matter the first place was taken by the team or the eighth, each time you it from scratch. “New generation” is a good team and it was hard for us to play against them, plus we had two injured pivots – Afanasyev and Lyskov, which affected the game of the team. But, the main thing is that we won and led in the series.

Ivan Obzhorin, New Generation player:
– At one point we stopped worrying and played our game. With a score of 5-2, we found our moments and we can say that we punished the opponent for their problems in the defense. We turned out to conquer such a score and unfortunately we could not keep it. I hope that tomorrow the game will be better for us.