WE ARE IN THE SEMIFINAL 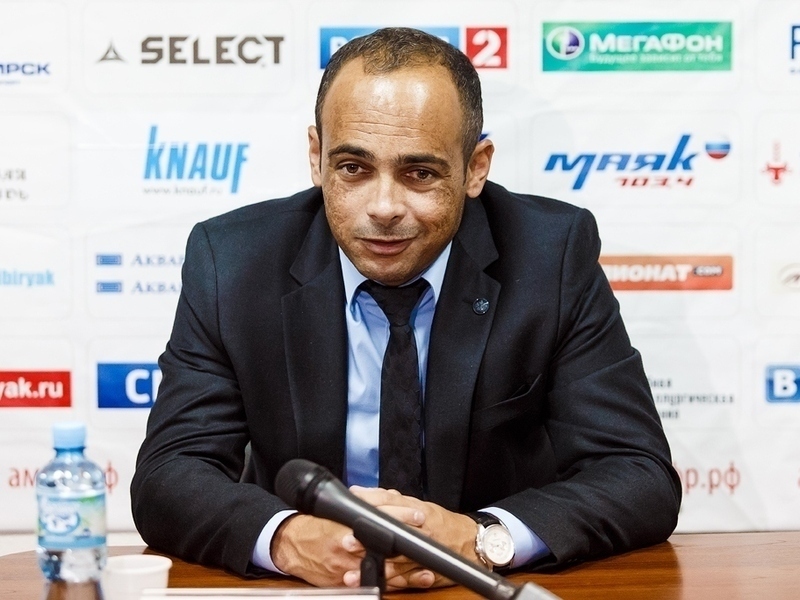 Andrey Yudin, head coach of ISK “Dina”: Most of the time the game was equal. I think today the teams did not show their best football in the attack, they defended a lot and, in general, there weren’t many moments in the first half. 0-0 is a fair score that reflects what happened in the […]

Andrey Yudin, head coach of ISK “Dina”:
Most of the time the game was equal. I think today the teams did not show their best football in the attack, they defended a lot and, in general, there weren’t many moments in the first half. 0-0 is a fair score that reflects what happened in the first half. It was important, who would score first. We set up to do this, but unfortunately failed and thus we gave confidence to the hosts. We had to increase our level and keep going forward because the score wasn’t big so we need to make goals, this is playoffs and you might not have enough time. We have created a number of good moments, but today Zviad Kupatadze played very well. Then we missed second goal, which defined the ending of the match. But we still had good moment even with the score 0-2, but we didn’t score. Considering that the players were tired, I decided to add an extra man, but we showed a poor performance in this component and I totally don’t understand actions of some players who just gave away the last two goals to the opponent. It was difficult to count on something during the last minutes. Probably, by the sum of the two halves “Gazprom” deserved to win. We still have another game tomorrow and the series to three victories. We will draw appropriate conclusions and I hope that tomorrow we will improve the game in attack and in defense.

Kaka, head coach of the FC “Gazprom-UGRA”:
Today we played against a team that every opponent has to respect. The team has gone through a very difficult regular season, during which it was impossible to collect all of their most powerful players. We knew that today they may not be ready for 100%, but still they are on the pitch. We had to take this into account and prepare for a challenging game. We saw an equal game and our team lacked emotions. We can not switch to the championship, because we spent a lot of emotion in the UEFA Cup, so we weren’t really there on the pitch in the first half. In the break we talked, drew conclusions and added emotions. We were glad to score from “set-pieces”, it has given us confidence, and we were able to go forward, to achieve the result. We know that it is very important in playoffs to win the first match at home. I think that tomorrow the opponent will also show us a good game and we must be ready for it.