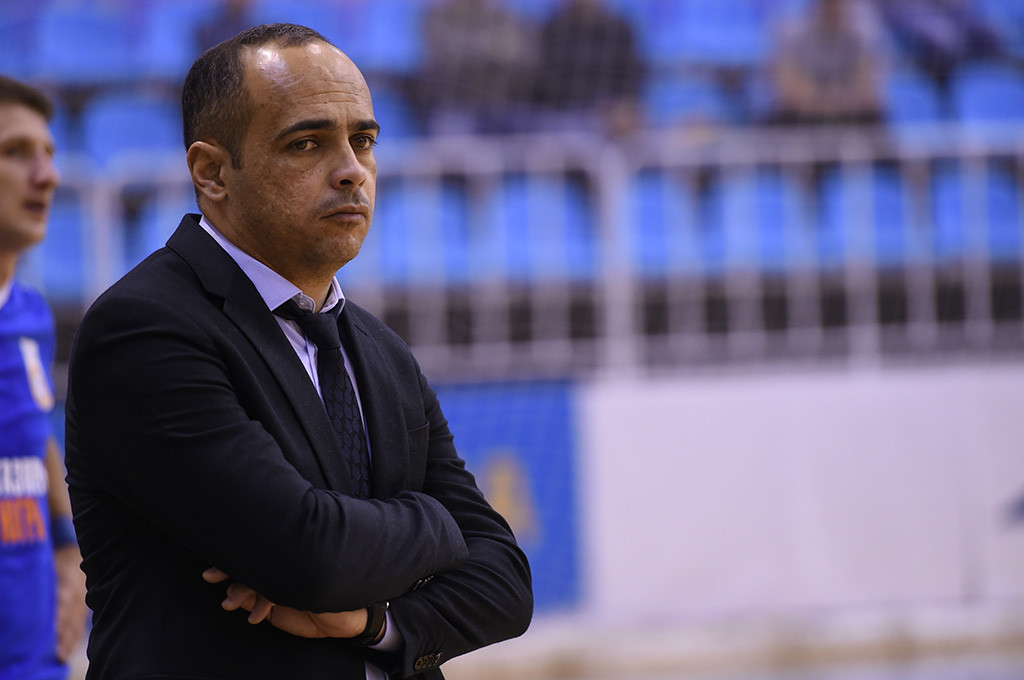 Head coaches and players comment on the 11th round of the FONBET Super League in which the FC “Gazprom-UGRA” defeated the FC “Norilskiy Nikel”, 5-2. Kaka, head coach of the FC “Gazprom-UGRA”: – Today we had a lot of chances that we didn’t use. I did not like the quality of the game we showed […]

Head coaches and players comment on the 11th round of the FONBET Super League in which the FC “Gazprom-UGRA” defeated the FC “Norilskiy Nikel”, 5-2.

Kaka, head coach of the FC “Gazprom-UGRA”:
– Today we had a lot of chances that we didn’t use. I did not like the quality of the game we showed today. I must pay tribute to the players, despite the fact that the game turned out to be tough, they believed, played until the very end, handled it and showed a good result at the end of the match. We will analyze our actions, draw conclusions, to not repeat same mistakes tomorrow and play better.

Cayo, “Gazprom-UGRA” player:
– The game was tough at the beginning, we were not focused on the game, that’s why everything went wrong for us but towards the end we could find our game and it became easier to achieve the result. Hopefully tomorrow we will be more self-disciplined from the first minute, we’ll try to add more speed and play our game, and, of course, win.

Aleksandr Sokolov, “Norilskiy Nikel” head coach:
– I want to congratulate the opponent on their victory.
We have a very tough end of the year; we are playing against serious teams. We are not getting it all, but I’m proud of the fact that the players are trying to play their best, striving to win. This is the most important when the team wants to grow, win. We should not look at the opponent’s ranks and titles, but start each game only with thoughts of victory. That is the idea we are trying to get to the players, we try to make it the way they would play for each other from the very first second. Today, we did it somewhere, but unfortunately, we do not have it during the whole game. The score does not reflect the actual advantage of the opponent, because at the end of the match things might have turned in our direction. We will keep working and try to achieve top results. I’d like to thank all the players in our team, with no exceptions. Perhaps, our goalkeeper had the most difficult job today and Aleksey could’ve coped with it. Tomorrow we have a new day, a new game, and we will come here ready to win.

Yan Kuzenok, “Norilskiy Nikel” player:
– From the beginning we followed certain tactics and on the one hand we managed to do it, in the first half we missed just two goals from ”set-pieces”, at the end of the match losing by one goal, we could’ve saved the game, could have played in a draw or even win, but unfortunately, we lost. “Gazprom” had an advantage, but we tried, we fought and could’ve gotten points today. Tomorrow we will show another game and fight for victory.