Younger boys lost to “Ukhta” in the “Final Four”

The Polish “Record” is out in the framework of the Elite Round of the Champions League 4-3.

“GAZPROM-UGRA” AND OUR COMPETITORS IN THE FINAL 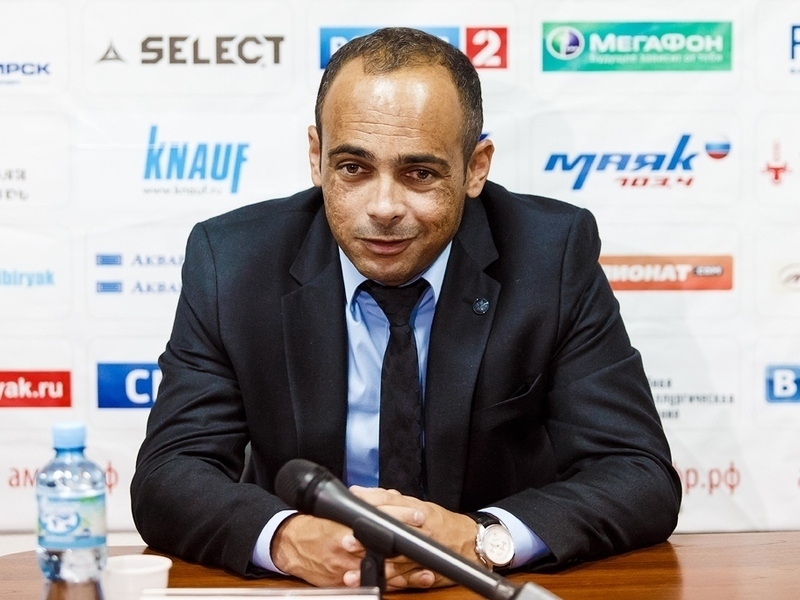 The manager of the FC “Gazprom-UGRA”, Kaka, told us about the victorious match in Klimovsk, where the “gas team” defeated KPRF (5-2). He payed special attention to the fact that Alexander Kopeikin is back on the field. —  As we expected, the game was very difficult. In the first half we created such a score […]

The manager of the FC “Gazprom-UGRA”, Kaka, told us about the victorious match in Klimovsk, where the “gas team” defeated KPRF (5-2). He payed special attention to the fact that Alexander Kopeikin is back on the field.

—  As we expected, the game was very difficult. In the first half we created such a score that let you think everything is done. Therefore, we lost the rhythm of the game, which was better to follow, we didn’t have to get satisfied with the achieved result, we should’ve tried to escalate the situation and score more. But we slew down a little bit, and the opposing team was back in the game, they threatened a lot our goal. Nevertheless, we were able to survive during the “five against four” and “four against three” games. The guys had worked very hard over these components —  it’s a great pleasure to see our game succeed. I want to point out the fact that the captain, Alexander Kopeikin, is back on the field, I hope he will quickly get in shape and will help us in the future.

— Dismissal — the key moment of the match?

— It is hard to say whether it is a key moment because we still had a lot of time to play. That’s why if we gave away a goal, we’d still have a lot of opportunities to change the situation. But it was very difficult for the guys to withstand the tension — well done!

The manager of KPRF, Vadim Yashin, also shared his thoughts about the last match against “Gazprom-UGRA” and the upcoming matches of his team.

— A very tough game, which gave much food for thought. There were many pleasing moments, and there were also a lot of disappointing moments. If we evaluate the game of the team — I liked that we could turn the tide of the match, we came out with a different mood in the second half, not decadent, so we improved, almost could return to the game, scored from the standard, sometimes could get out of the pressure well enough. What I did not like — we missed two standards, at some point, especially at the begging of the game, we couldn’t follow the velocity of the game that “Gazprom-UGRA” set up. I was disappointed by the “five against four” game in which we did not show anything at all, absolutely nothing happened. Now we have a set of the moments which we could use for the playoff and which at the same time we need to correct. The task by the end of the championship is still the same — to be as high as possible. Now we have two key matches with the closest competitor — “Dina”. We will try to prepare for these meetings.

— On the eve of these games FC KPRF suffered losses.

– Yes, two players are out due to yellow cards. But we have two games with “Dina”, so every cloud has its silver lining: they will be fresh for the second game and can help to improve it.

Press service of the FC KPRF