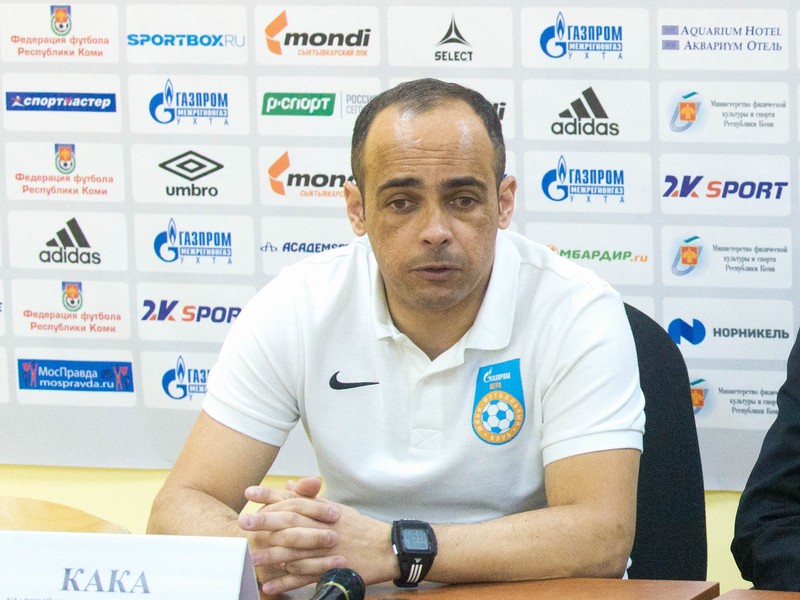 Kaka, Gazprom-UGRA head coach: – We did not deserve even a draw, we had to lose. For what reason – we will draw conclusions. I did not want to leave for the UEFA Cup with such a result, but it turned out that way. So, there are some reasons. If it is that we are […]

Kaka, Gazprom-UGRA head coach:
– We did not deserve even a draw, we had to lose. For what reason – we will draw conclusions. I did not want to leave for the UEFA Cup with such a result, but it turned out that way. So, there are some reasons. If it is that we are already thinking about the UEFA Cup, then we must prove at this tournament that we have not lost points in the fight for the first place in the Russian championship for no reason. The result is not what we wanted, but the opponent put more effort than we did, they wanted more than we did. I repeat: we were supposed to lose this match.

Rishat Kotlyarov, Gazprom-UGRA player:
– We started the game well, the match was controlled, in the first ten minutes the opponent could not create moments. All that he managed in the first half – only due to our mistakes. But this is, of course, the merit of KPRF. We took 2-0 and probably we just relaxed a bit: we did not seem to put much efforts, but we turned out to score quickly. But we had to squeeze it out, score the third and fourth, we had good moments. But we could not do it.

Players of the FC KPRF did a good job, they could draw the game. I was pleased to play in Klimovsk, I spent a whole season with KPRF, it turned out to be very intense for me. I think I learned a lot here. So it’s very pleasant to come here, there are wonderful people who met me very well. I want to wish the FC KPRF further progress, not to give up and pursue their ambitions.

Vadim Yashin, KPRF head coach:
– I do not think that “Gazprom UGRA” was supposed to lose today. On the contrary, we had to, and with a huge score, analyzing the way we started this game: we couldn’t cover the pivot, we were less aggressive than the opponent. But after the score 0-2, we took a timeout, we calmed down a little, and could push the game away from our goal, create moments. Perhaps, Gazprom also relieved pressure, maybe lost concentration. The game was leveled, and in the second half we did have moments to pull out the match, which we did.

Adri, KPRF player:
– The game was very difficult; the opponent is very serious. But the main thing is that we were able to earn this point, which is very important for us. In addition to the points scored, this draw should give us confidence that we can fight with anyone in the playoffs. In the playoffs, in any case, we are waiting for a very strong opponent, but we will try to beat them and go to the semifinals.

Press Service of the FC KPRF