Ivan Chishkala: “we know who the main threat comes from” 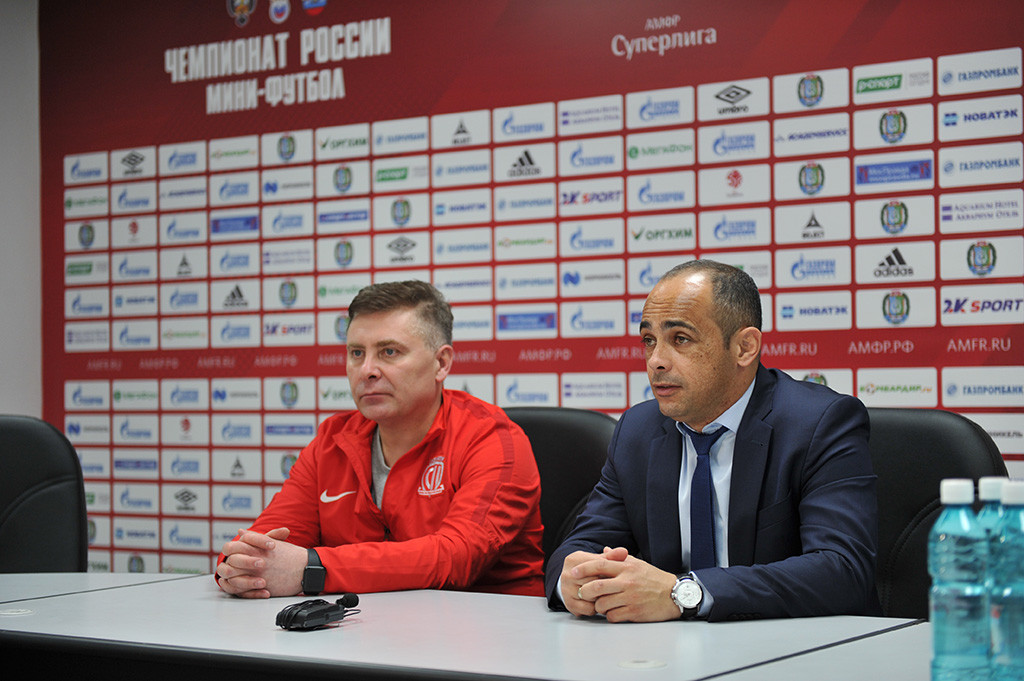 Kaka, Gazprom-UGRA head coach: – I want to congratulate our team, our club, for the first time in six years that I work, we won first place in the regular season standings. We have long wanted this and were heading in the right direction, of course, we did not plan to take the first place […]

Kaka, Gazprom-UGRA head coach:
– I want to congratulate our team, our club, for the first time in six years that I work, we won first place in the regular season standings. We have long wanted this and were heading in the right direction, of course, we did not plan to take the first place in the last game, and even when four people were on yellow cards, we were on the edge. I thank the players for the fact that they understood the value of this match. Having taken the third place, we would again meet with Norilsk Nickel, which is a good team but it is a very tough travel to their place. We did not choose an opponent, but wanted to be as high as possible. Now, before the end of the championship, we have the advantage of playing in our field. Thank you all, we now need to recover and prepare for playoff games.

Zviad Kupatadze, Gazprom-UGRA goalkeeper:
– Initially we knew that the match would be difficult, because “Sibiryak” is not a gift, they have a good lineup and we have not beaten them yet this year. Moreover, today the fate of the first place was to be decided, and in case of a draw we would become only the third and again we would have to fly to Norilsk. We respect all rivals and this is not the choice of the team. I congratulate everyone that Gazprom-UGRA club won the first regular championship for the first time. It was important for me to return successfully after the injury, to enter the playoffs in a good mood. And I turned out to score, this is the twentieth “anniversary” goal in the Super League, I was waiting for this goal and it happened at the very right moment. I’m glad that the team played so well, they all fought and won a very important victory.

Evgeniy Kuksevich, Sibiryak head coach:
– Before the game, you could feel the importance of it, it is clear that the one who wins takes the first place. Why did not we manage to show a bright game today? The guys didn’t have that fire in their eyes. What was the reason of it is the second question. The road or we are already in the playoffs and did not want to spend much energy today. Before the game the guys were told a lot, that the first place gives a lot, a good start and an emotional rise. But apparently somewhere inside they still calmed down. I did not see a spark today with the help that we could get this victory. Tried different options such as the help of the goalkeeper or an extra player. Then again, everything was reduced to one – today there was no spark in our soul and our head. I hope that we will forget this match and will prepare for the playoffs. Thanks to the opponent for the game, as always, everything was great, with high talent and with respect. I wish them further passage through the playoff grid, and, of course, there is a desire to meet in the playoffs and play for the medals. Thanks to the audience for the support of their team here, but also for our team, their cries were audible and it always cheers us up.

Nikolay Plakhov, Sibiryak captain:
– There’s nothing to comment on. Gazprom scored more than we did. More clearly, more seriously reacted to their moments and even half-moments, from nothing they squeezed out a maximum. We didn’t manage to get on the rails in this game, hence the result