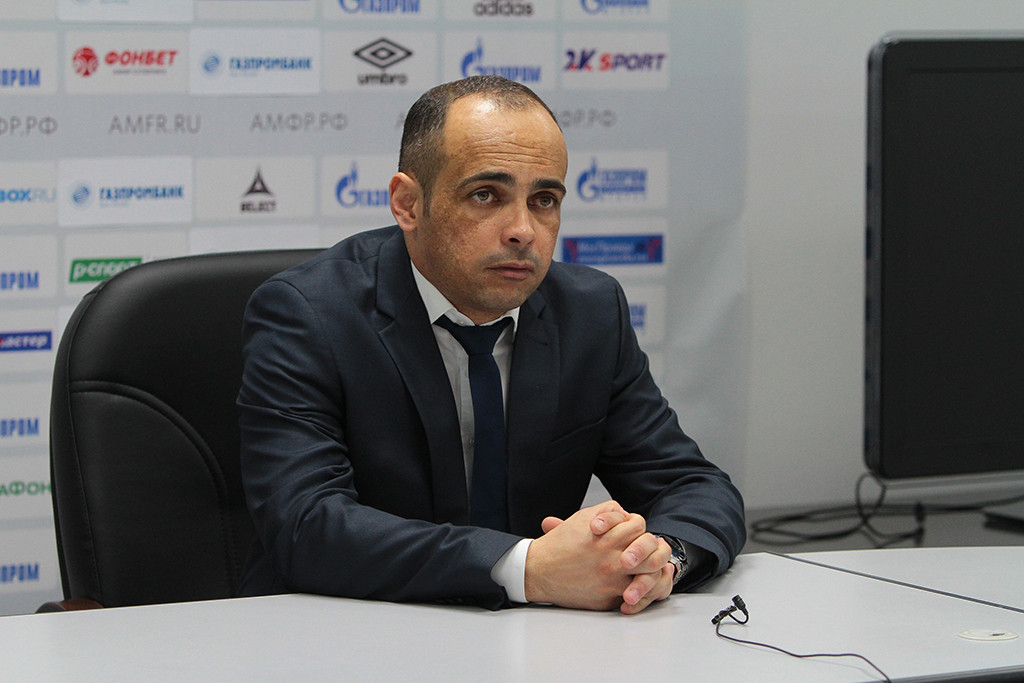 Kaka, Gazprom-UGRA head coach: – First of all I want to thank everyone who congratulated me on my birthday: the leadership of the club, football players, coaching staff and fans, I was very pleased. And I would not say that the result of the game was not a very good gift. Today, I’m proud of […]

Kaka, Gazprom-UGRA head coach:
– First of all I want to thank everyone who congratulated me on my birthday: the leadership of the club, football players, coaching staff and fans, I was very pleased. And I would not say that the result of the game was not a very good gift. Today, I’m proud of the team, only the realization of a very good goalie goalkeeper was limping. We also missed somewhere, but everything will come. Will come, because the skill is not gone, just some moments revealed that the team was not in shape.
In general, we showed a very good level of play, aggressiveness, speed and good football. A bit of a scam in the first ten minutes, but then everything was adjusted, and I think that they deserved more than defeat. For me it’s better to start the road from a good game, even if there are no victories, than a victory in a poor-quality game. Victory will come.

Temur Alekberov, Dynamo head coach:
– I think that the availability of the playoffs somewhat removes the glow that is present when these teams play. Today, I think, the game was a little more relaxed than usual. We started well enough, combined and scored a good goal in the pressure. After that, the game was released a little, and the opponent added, began to create moments, and until the end of the first half we had a difficult enough to hold the ball. We played a lot in the defense, and here there was a wonderful game of the goalkeeper. In the second half was a double-edged game, the opponent had more possession of the ball, but the number of scoring chances was an approximate equality. It is clear that when the score was 1-0, much depended on where the second ball would fly. When in the end we scored the second, it became a little easier to play, and already competently brought the game to victory.
The most important thanks to the players that all worked out, and the coach is always pleased when in the column “missed balls” is zero. But once again we must pay tribute to the goalkeeper – today he played just perfect.

Sergey Slemzin, Gazprom-UGRA goalkeeper:
– The moments were, and it was necessary to score, we worked a week just over the completion of our moments. It seems that they looked good today, but it turned out that we made two mistakes, for which we were punished. The opponent did not allow this. In the positional defense, both we and Dynamo played well, and individual mistakes decided the outcome of the meeting.

Renat Shakirov, Dynamo player:
– First of all, I want to say that Gazprom vs Dynamo is a rivalry of the characters, a rivalry of combat and skill. There was a high level game, and there were many moments, but, unfortunately, not all were realized. It was scored a few goals, both teams played very concentrated in the defense, and it turned out not the most productive game. It’s good that we scored today and played well in defense, which is the most important thing. Thank you rival for a good game, they had a lot of points, but our goalkeeper was good today, for which he, too, thank you.