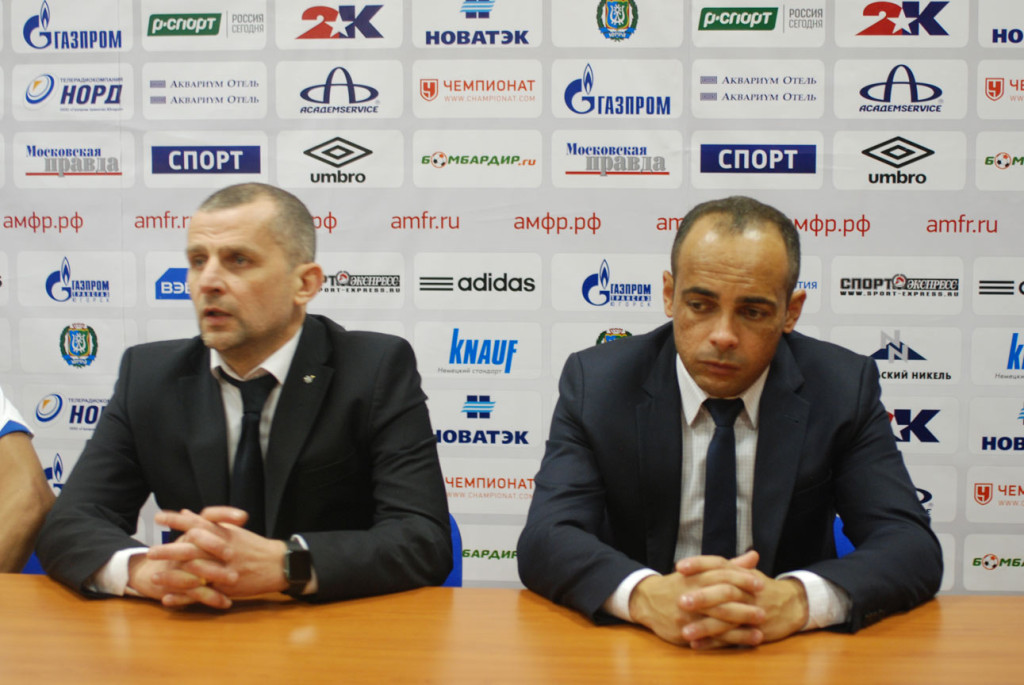 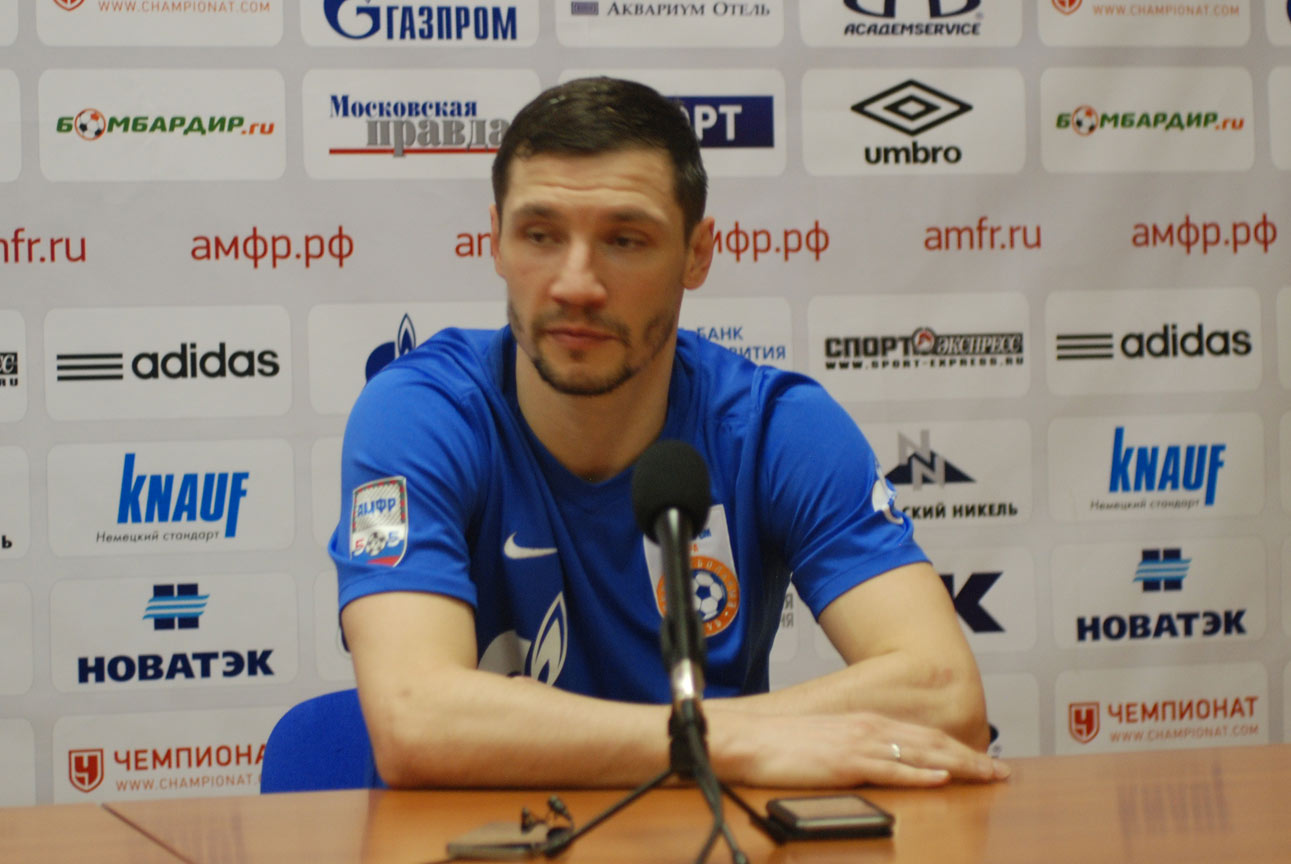 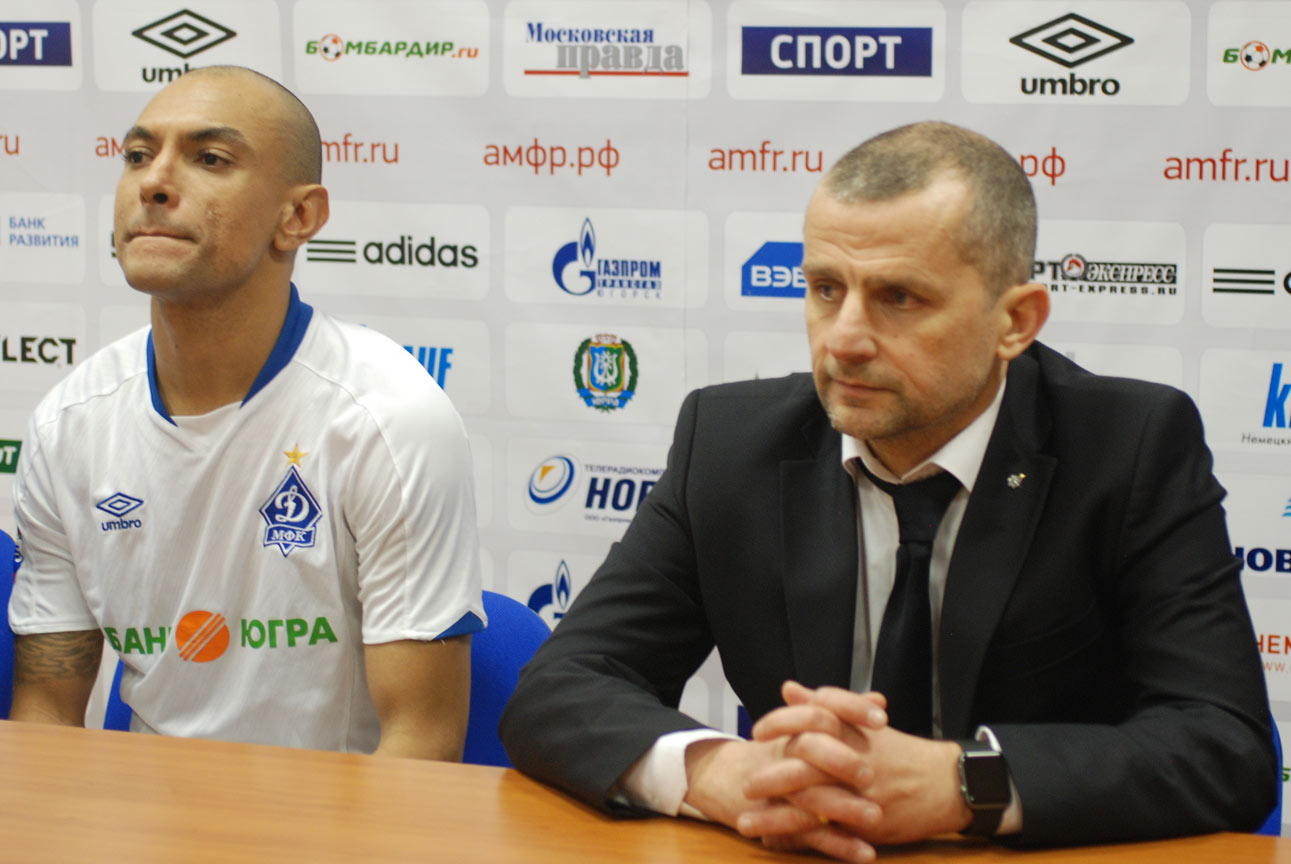 The head coach of “Gazprom-UGRA”, Kaka, and the player, Vladislav Shayahmetov, shared their views on the first game of the 19th round against “Dynamo” (3-4). Kaka, the head coach of the FC “Gazprom-UGRA”: – At first I want to congratulate the opponent on his victory. It was a game among two giants. If you make […]

The head coach of “Gazprom-UGRA”, Kaka, and the player, Vladislav Shayahmetov, shared their views on the first game of the 19th round against “Dynamo” (3-4).

Kaka, the head coach of the FC “Gazprom-UGRA”:
– At first I want to congratulate the opponent on his victory. It was a game among two giants. If you make less mistakes you have more chances to win. We missed a goal from a standard and if you look at the history of our matches, we can beat “Dynamo” if we don’t miss any goals from standards, and today we missed two of them. It was our fault, we will analyze it and draw conclusions, and tomorrow we will try to play differently. As for the game of our team, today we lacked concentration. It was influebced by several elements. The previous 8-10 days we worked in two groups and only yesterday yesterday to switch for the game. That’s why we could not keep concentration throughout the whole 50 minutes and when we lowered our level, “Dynamo” used their moments. When they caught the rhythm of the game, it turned out to be very hard. I think that tomorrow during the whole match we can repeat the first half of today’s game.

Vladislav Shayakhmetov, player of the GC “Gazprom-UGRA”:
– I can’t say we did something wrong today. The game went in such a way that the team that makes more mistakes – loses, and the team that uses more moments – wins. The match got divided into parts. We played 20 minutes of the first half quite well. We could control the game and scored two good goals, but as for the last five minutes – apparently something happened and “Dynamo” employed their reserves and augmented the velocity. The second half let win the one who took less risks and made less mistakes.

Temur Alakbarov, the head coach of the FC “Dynamo”:
– I think that the game met the expectations of our fans and was very interesting and challenging. Today we tried to change the tactical play a little bit, to make it more diverse. Everyone played quite well, did good job and tried to be patient in defense. Yes, the first minutes we had a lot of difficulties in defense, a lot, “Gazprom” had a very powerful attack, but we could overcome it, if it was needed we covered each other. We endured these moments and then really sped up the game and began to create moments. Normally little details decide everything in such matches and I guess now it was standard positions in particular. We took a little more advantage of our moments from the standards and they have played a crucial role. The game was tense from both sides and each team could count on any outcome, both of us had the chances to win. It is very important that today I saw a really friendly team. No one pulled the blanket over himself, everyone tried to play a team game, and carry out our strong sides. I’m very satisfied with the attitude for the game and with the quality the players showed today. Tomorrow we will have one more game of the same difficulty and interest. For us in this situation it is important to play with high quality and gain points because I will agree with Ari that this is a very difficult situation after we were defeated in the Cup and every good game adds confidence and returns to the players that they have and about what I have never doubted, it is their skills and character, a great experience and the desire to win.

Ari, player of the FC “Dynamo”:
– It was a very hard game for us. I think that the game turned out to be very difficult for the both teams. We were well aware of what this match will be like, this is a Russian classic and it is always a very stubborn confrontation between “Gazprom” and “Dynamo”. For us this victory was important not only in terms of gaining points, but also in terms of the psychological state of the team. For us the defeat in the Cup has been a very tough stroke, that’s why we had to win today and get our psychological condition balanced. We’ve achieved the victory and now it is clear which direction we should take and we’ve found the path that will lead us to our success.