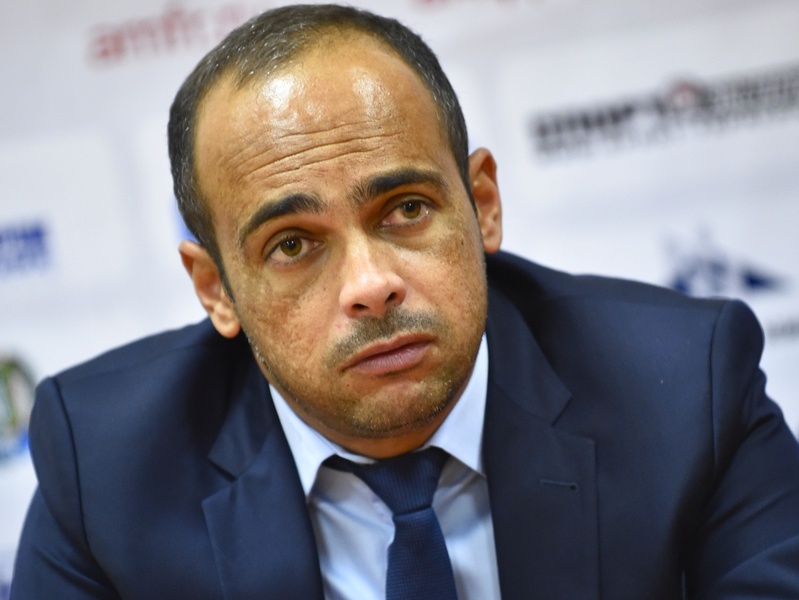 Kaka, the manager of the FC “Gazprom-UGRA”: — First, we’ve been thoroughly preparing for the adversary. We’ve watched all the three game with “Dynamo”, analyzed the material and the adversary and it has finally helped us. Generally speaking, these two teams have already played more successful games, that were more entertaining. We had a difficult […]

Kaka, the manager of the FC “Gazprom-UGRA”:
— First, we’ve been thoroughly preparing for the adversary. We’ve watched all the three game with “Dynamo”, analyzed the material and the adversary and it has finally helped us. Generally speaking, these two teams have already played more successful games, that were more entertaining. We had a difficult schedule, we have spent a lot of power and emotions with “Siberyak” lately, and today it influenced the intensity of the game. The teams played until somebody did a mistake, who did not withstand the concentration, who did not use their moments that one would lose. But we are did well and used our chances in certain periods of the game and managed to win. However, the score does not reflect what was on the field: It was not easy to play, it was very difficult.

Vladislav Shayahmetov, player of the FC “Gazprom-UGRA”:
— Today, at this kind of a game small details and certain moments played the main role: who could use them, would win. The score is high, but let “Siberyak” use their moments, it would’ve been much harder. At the end the opponent went all-in, but I repeat again, the one who could realize the moments won.

Kuksevich Evgeniy, the manager of the FC “Siberyak”:
— This result is mainly the merit of the opponent. Today he played reliably, consistently, with courage — a real champion’s game, you can apply a lot of epithets here. I cannot say we played badly, sometimes we acted very well, but couldn’t handle the main trump card of the rival — the game with pivots. The wonderful pivots scored two goals each. As far as I remember, we had individual tasks concerning this type of game and we have not managed to fulfil them. Some of the players, and today I let all of them participate in the game, may not only get my assessment, but also make a self-assessment. Some players say that many of them never participate and today all of them did. Many can make their own conclusions, and I think that no one of them will make any questions again.

Sometimes our game looked pretty good: we organized and could play in defense when it was needed, but, unfortunately, once again we failed to implement everything we can do. There were great moments both in the first half and in the second when we could catch up with the opponent and draw the score, but we didn’t use those moments. I can’t say this game is not in our assets, I liked most of it. So we need to make conclusions, some adjustments in the team for the upcoming matches and keep going with the same spirit.

Ruslan Kudziev, player of the FC “Siberyak”:
— The game was twofold. We didn’t feel the game very well, did not implement what were supposed to. The opponent defended very well and used its moments. In the second half we came out more self-disciplined, it was necessary to use the moments to change the course of the game, but this did not happen. Then we played with an extra man, what’s more we did it pretty well. But we had to score in order to change the game. And the rival defended very well and punished us for our mistakes — the score is on the screen, all natural.