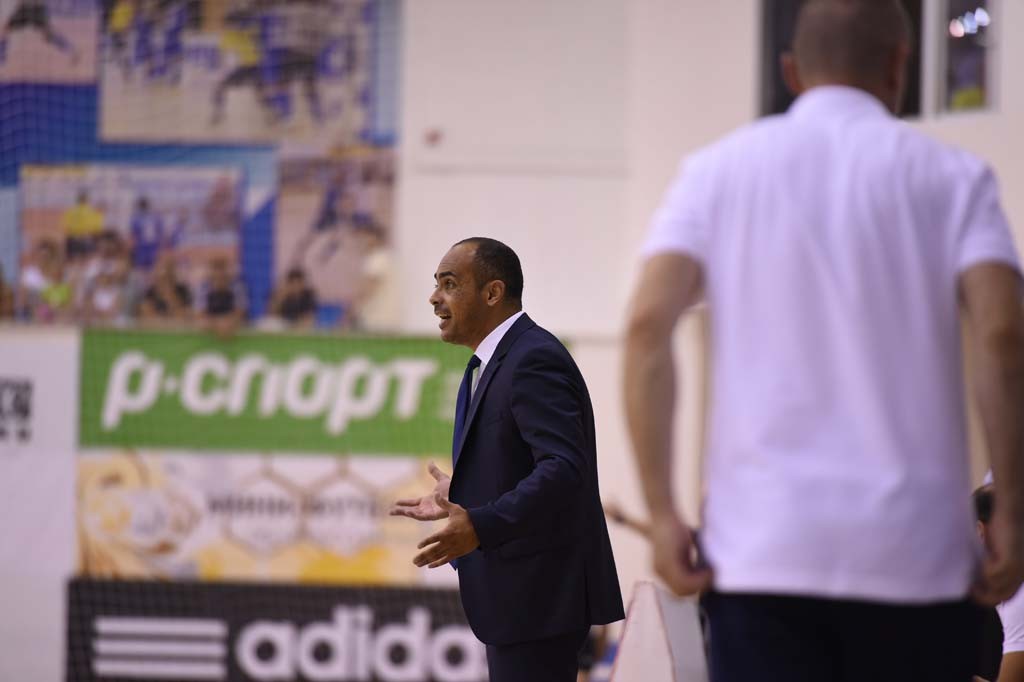 Head coaches and players commented on the 1st game between the FC “Gazprom-UGRA” and the ISK “Dina”, which did not reveal a winner, (1-1). Beso Zoidze, head coach of the ISK “Dina”: – First of all I want to congratulate everyone on the beginning of a new season. Beginning of the championship is always interesting. […]

Head coaches and players commented on the 1st game between the FC “Gazprom-UGRA” and the ISK “Dina”, which did not reveal a winner, (1-1).

Beso Zoidze, head coach of the ISK “Dina”:
– First of all I want to congratulate everyone on the beginning of a new season. Beginning of the championship is always interesting. Of course, today we wanted to get a positive result. But we also understand that we had only two friendly games with the squad and it would be difficult to implement everything we had planed. Another unpleasant surprise for us is a new coating in the sport complex, which prevented some players’ actions. In any case, I am very happy to be here, in my native place, where I spent a lot of time, and it is interesting for me to compete with this team. There is a second game, for which we will prepare: we’ll analyze our game and tomorrow enter the parquet ready to win.

Dmitriy Prudnikov, player of the ISK “Dina”:
– I also want to congratulate everyone on the start of the season. We haven’t seen each other for a long time and missed each other.
The first half was crumpled. Because of the new coating in the sport complex the ball slipped badly, it is to some extent has prevented us from playing our game, show more aggressive futsal. In general, I think we had to win, to score in the second half, leading in the score 1-0, and bring the game to victory. We lost two points today.

Kaka, head coach of the FC “Gazprom-UGRA”:
– First, I would like to wish all the best to my colleague Beso Guramovich with his new team. Regarding the game, today we played today with a team that knows us very well and they had more time to prepare. In addition to that, we had to play with a limited squad. I do not have any claims to my players, I am fully satisfied with the game. I am saying words of gratitude to the players, today they have shown that they can overcome various difficulties. I think they could’ve brought the game to victory. Now we will recover and prepare for tomorrow’s match.

Aleksandr Pirogov, player of the FC “Gazprom-UGRA”:
– Today for a victory we lacked our long bench and a little luck. In the second half both teams had chances to lead. Today Kaka let me play, help the team and I want to say, it is very difficult to play in the Super League after youth championships but I’ll train hard and try to prove that I am ready for the games with our main team. And thanks to my teammates for their support.

“None of the games will simple”