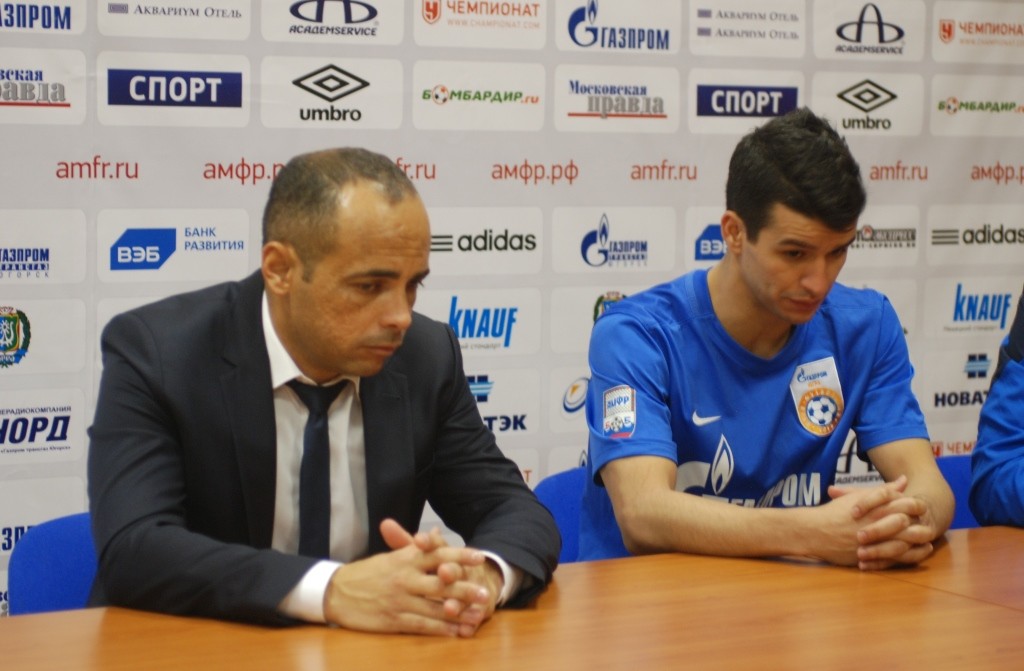 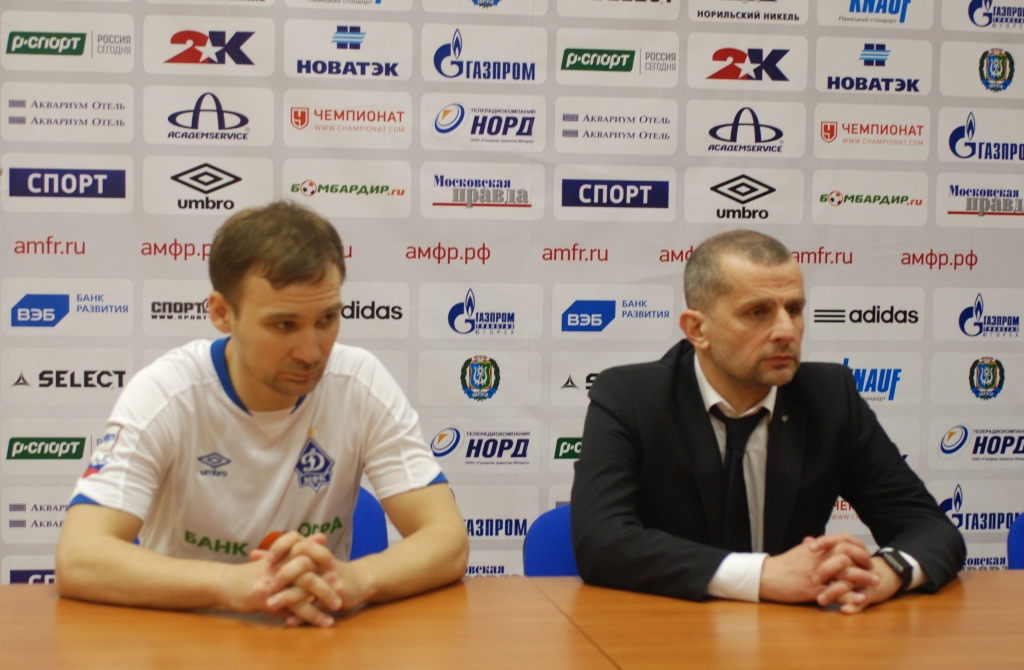 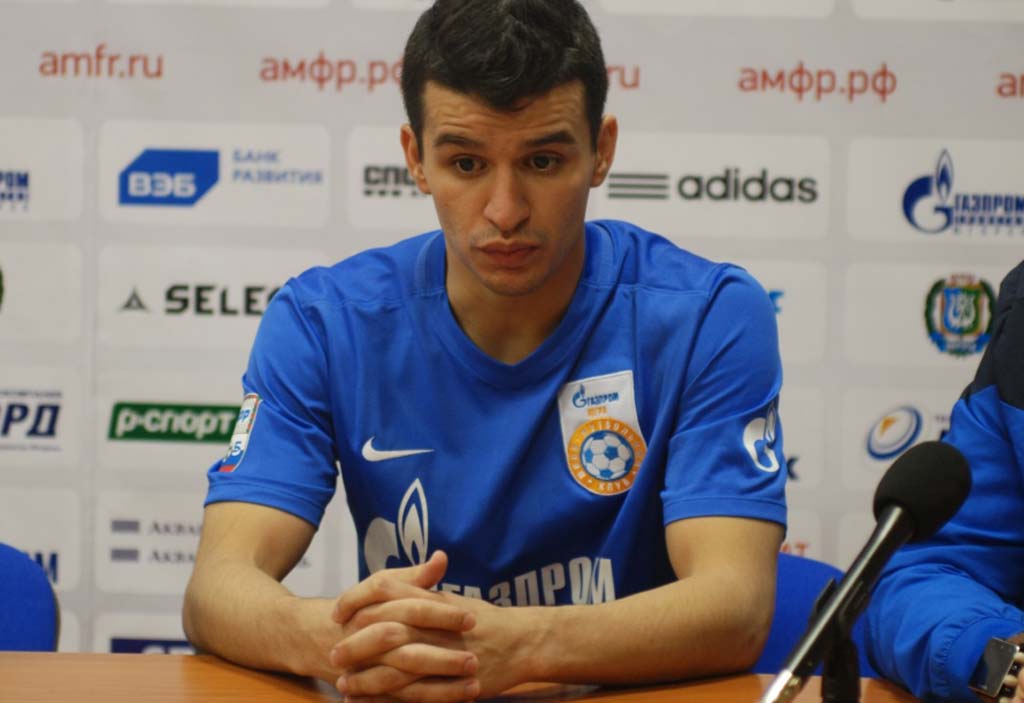 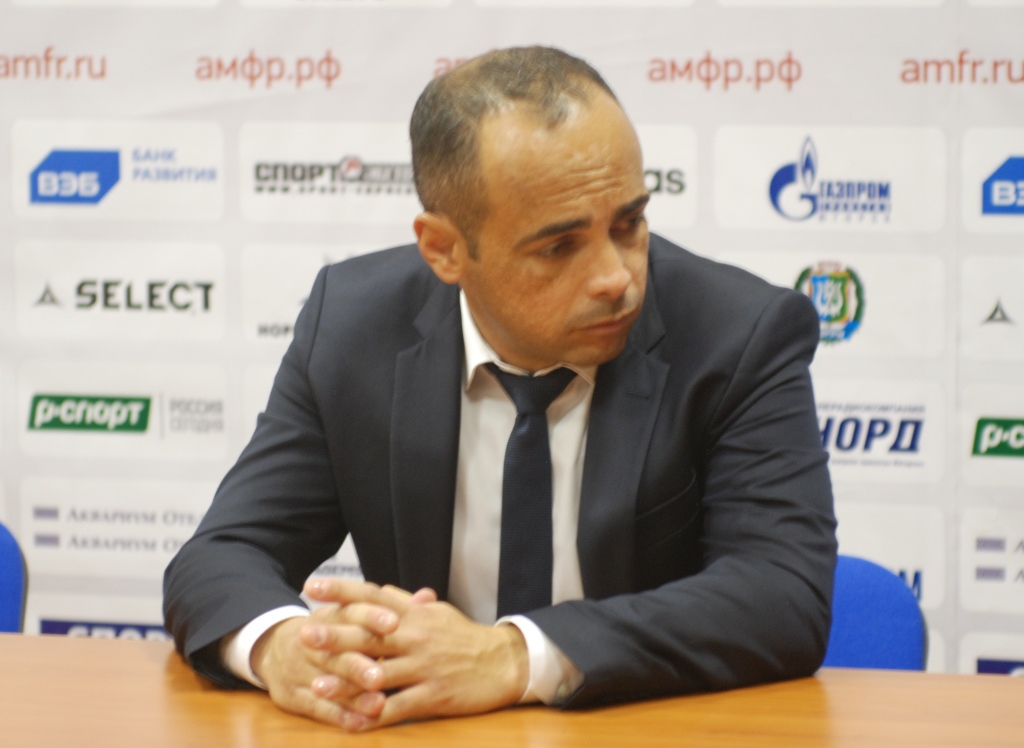 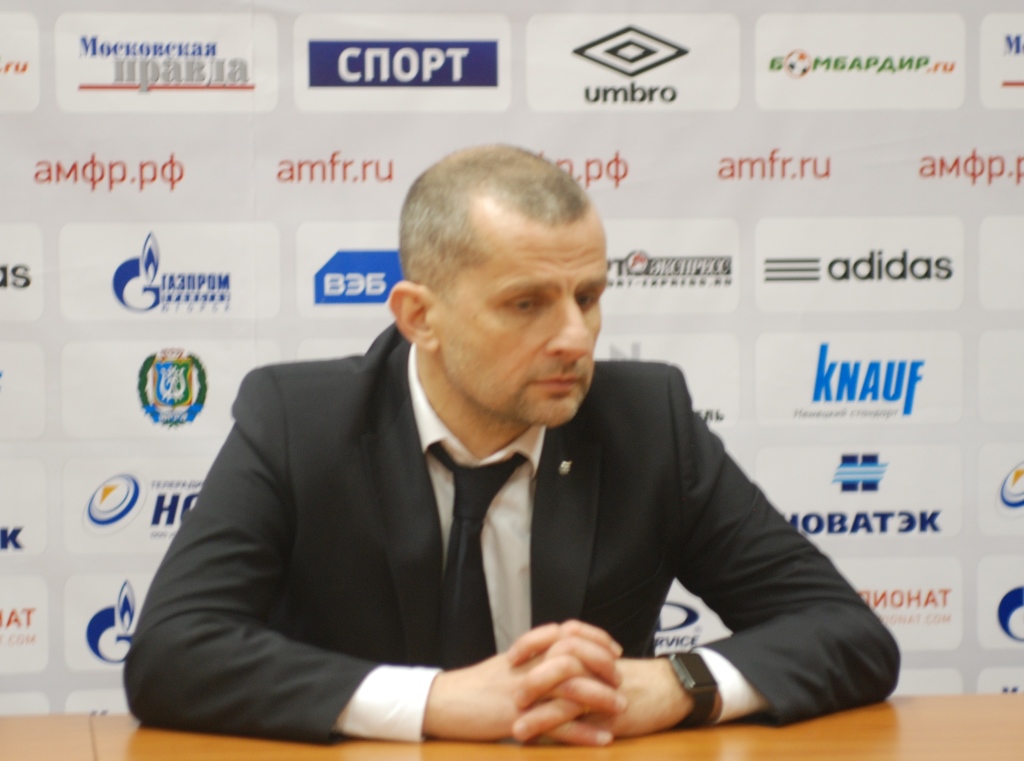 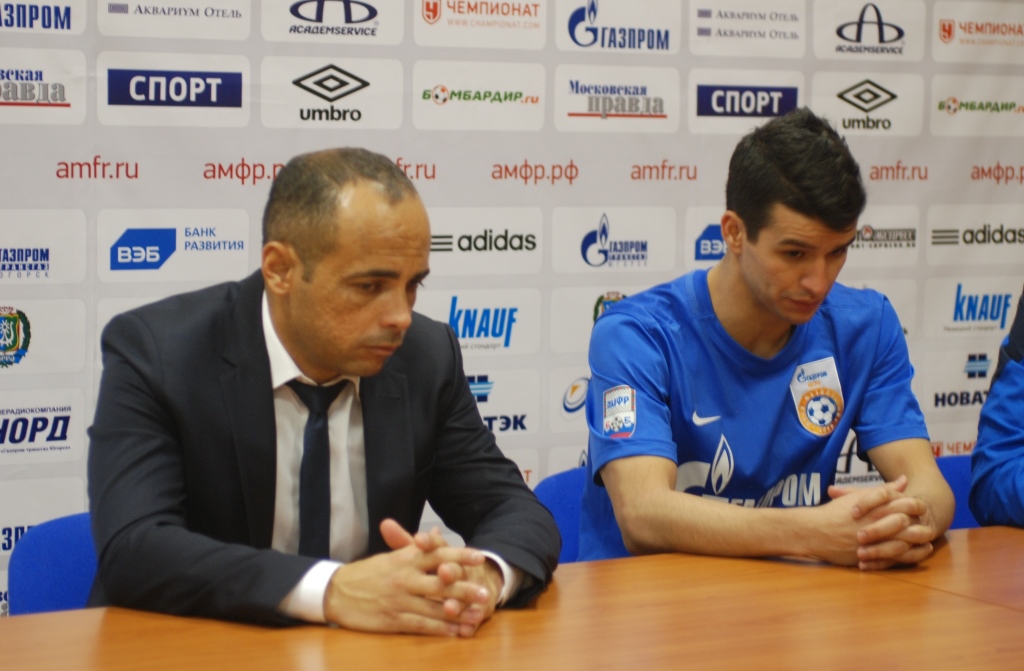 Anatoliy Badretdinov, the player of the FC “Dynamo”, commented on his team’s defeat from the FC “Gazprom-UGRA”. – I want to note that the game turned out to be very beautiful and interesting. We have been waiting for these games with “Gazprom” for long time, and I hope our fans enjoyed it. Regarding today’s game […]

Anatoliy Badretdinov, the player of the FC “Dynamo”, commented on his team’s defeat from the FC “Gazprom-UGRA”.
– I want to note that the game turned out to be very beautiful and interesting. We have been waiting for these games with “Gazprom” for long time, and I hope our fans enjoyed it. Regarding today’s game I can say that this is our guilt that we lost. Because when the score was 2-1 I had a perfect moment and I had to score the ball into the empty net but I did not. No one knows how the game would have turned out if that goal had been scored. But we did not score and “Gazprom” scored the third one. It’s quite difficult to play pressing with them when they control the ball because they have good “pivots”, and we lost at this component today. We also conceded regarding the standards, yesterday we scored three of them and today, which means we didn’t take any advantage out of the standards. Today we lost ourselves, you can’t score only one goal and to win with such index of carrying out your moments. I wish good luck “Gazprom” in the UEFA Cup. They will represent our country and I think that all Super League will be following them.

Head coach of the FC “Gazprom-UGRA”, Kaka and player, Marcenio told us about the victory over the Moscow “Dynamo”.

Kaka, head coach of the FC “Gazprom-UGRA”:
– I think that yesterday and today we played almost at the same level, we equally created a lot of goal moments, but today we probably deserved to score the goals. Today we tryed to concentrate on football. The one who was more focused on the game and thought less about the rest, was less likely to make a mistake. Yesterday we couldn’t do that but today we did it better. There was like five minutes when we repeated yesterday’s mistakes but then we could get back to the game again and thus managed to achieve the result. The fight goes on and we still have all the chances and as long as mathematics allows us to think about the first place we will do everything to get to this position.

Marcenio, player of the FC “Gazprom-UGRA”:
– Today the game was very good. Two very strong teams played and both of us are determined to win the Super League. Yesterday we were defeated, and now we just needed to win not to let them get too far ahead regarding the standings. Congratulations to “Dynamo”. Both teams were really good, the game is the Russian classics and it turned out to be one of the very spectacular events in the Russian futsal.

Head coach of the FC “Dynamo”, Temur Alakbarov, summed up the loss from the FC “Gazprom-UGRA”.
– It seems to me that the game was even more interesting than yesterday. Very entertaining. I think it was a really good show for the fans because it kept in suspense until the end and there were a lot of scoring chances from both sides. As for our game, football is not mathematics and today, I think, we played better and with higher quality than yesterday and created a lot of moments to make the score in our advantage to draw or to win, whatever. But today we couldn’t carry out the moments which we created and I’ll repeat once again that we created more moments today than in the winning match. But when you don’t carry out your moments and only goal scored it is impossible to win such a confrontation. Until the score was 3-1 the game was reserved but after we let our emotions get spilled and started to shoot ten-meters. It is a big pity because we demonstrated a high quality game and couldn’t lose it. But the opponent is really good, had a very good positioning attacks. It was very difficult to deal with the attacks all the time, and not to make any faults at the same time and not to miss a goal. Several times we made mistakes, missed goals and started to lose. And then we had the game that was convenient for the opponent. If you take a look at the both games, very interesting games, you can see the result by looking at the points.

KOTLYAROV: IT WILL SERVE US AS LESSON