“WE ARE ONE FAMILY!” 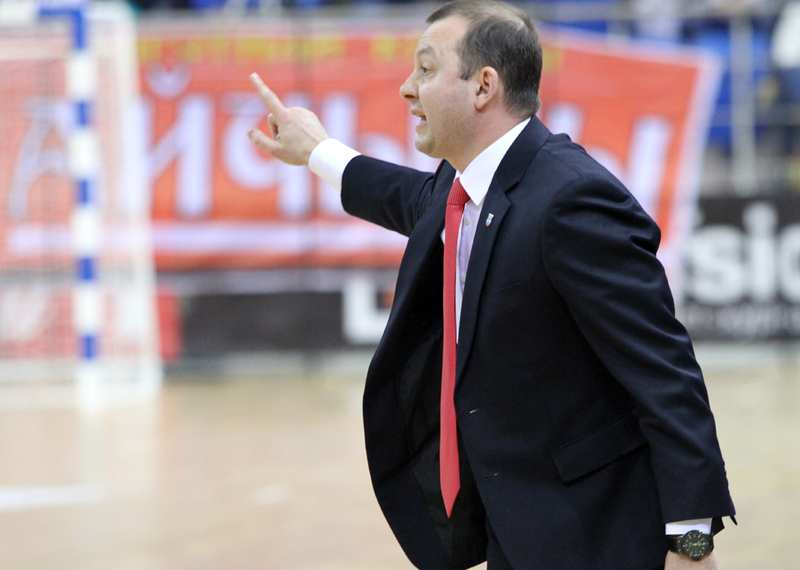 “THE FIRST GAME IS NOT THE TIME FOR RESULTS”

The head coach of the Russian team, Sergey Skorovich, answered the journalists’ questions after the victory over Belarus with the score 4-1 in the first match of the playoff of the World Cup qualifying 2016. – We have been carefully preparing for this game, we understood that Belarus has a set of powerful characteristics. We […]

The head coach of the Russian team, Sergey Skorovich, answered the journalists’ questions after the victory over Belarus with the score 4-1 in the first match of the playoff of the World Cup qualifying 2016.

– We have been carefully preparing for this game, we understood that Belarus has a set of powerful characteristics. We have met our expectations: the game was not simple. The opponent has made the maximum of efforts, and it was pretty tense next to our goal, sometimes the goalkeeper saved the situation. The 4-1 score is not bad, but it’s only the first game, we have the second leg ahead, after which it will be possible to sum up.

I can say that not everything we could do today, but in general, I hope that the match was interesting for the audience, that was in great number today. The game was broadcast on Russian and Byelorussian TV, there was a lot of calls in Moscow, our journalists came to Minsk – this attention puts additional responsibility on us.

I also want to say that we have long-standing and close relationships with our colleagues from Belarus. At this point, we were happy after the draw when we knew that we would visit Minsk. I would be happy to share this unique ticket to the World Cup, but, alas, it is impossible.

– It seemed that your team acted according to the score and at any time, if that were necessary, could do more.
– I also had the impression that sometimes we seemed to stop. We had to make adjustments in this situation and guide the game into the right direction. I, as the head coach, want to see the whole game on, without pauses. This is this the rhyme that everyone expects us finally to follow, and we also try to follow it. I did not like the fact that  I had to force some people sometimes. You have to understand that it is futsal, and any pause can turn against you, like the goal by Alexander Chernik. And what if it was followed by another one? The game could’ve gone very differently. Although we can not say nothing about the opponent, which today in many components did not allow us to act the way we would like.

– Was the replacement of Sergey Slemzin by Ivan Poddubniy after the break planned?
– No, during the break we did not plan to do this, but the yellow card that Sergey received made us do it. This replacement, if it was to take place, was supposed to happen a little bit later.