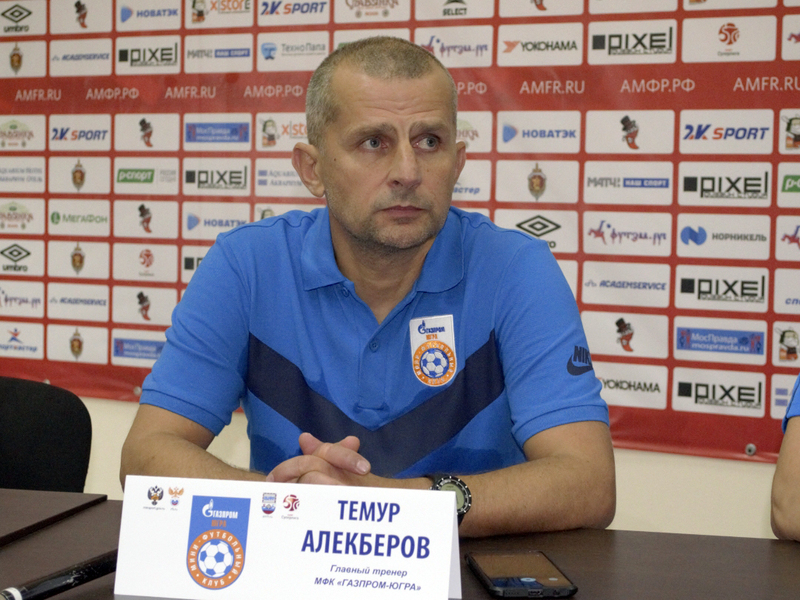 Our head coach Temur Alekberov and goalkeeper Zviad Kupatadze shared their thoughts about the draw in the first match with the New Generation (1-1).

– It was clear that, of course, each team chose its tactics for the game. The opponent was very healthy and defended patiently. As for us – we tried to play the attack, we tried and work on the defensive. I will not say that we made many mistakes. I can’t complain about the defense. There were not many moments. But playing whitewash is, of course, difficult. Anyway, some moments will always be close to your goal. If you cannot score for various reasons, then, of course, you never know the outcome. But we had enough moments to turn the game around and win, but we must pay tribute to the opponent – they really played with their heart, they tried. The goalkeeper rescued very often. Therefore, I cannot say that the opponent did not deserve this draw. I think that is why the ball didn’t enter into the net of the hosts, because they played with great heart and with the support of the fans. We lacked a strong kick to put the final point. All together, we created moments. But the last decision was wrong or we could not kick the ball the way we had to. Yes, of course, I am upset. I really wanted them to play more efficiently in the attack. But so far it is difficult.

– This is a very bad result for us. We did not count on it. We wanted six points, we are favorites, somewhere it drives us. KPRF wins, they lead now. And you know, I think today we lacked emotion. Started calmly. This is not the first year when we played the UEFA Cup, and now the Champions League, there are important games and our players have matches in Barcelona already. This is my opinion but I could be wrong. Emotions are left for more important games – this is impression. I cannot say for sure, the coach will give it a mark. Clearly, for us it is the loss of points. We had a lot of moments. The goalkeeper is just hero today, saved crazy kicks. The ball did not go into the goal. Getting ready for tomorrow’s game. We still know that there are playoffs in the championship. The most important thing right now is Barcelona, ​​the Champions League. Tomorrow’s game will be rehabilitated. The coach will analyze and punish us to some limit. Must improve a little tomorrow. We lacked movement today.

Today, September 20, is the birthday of Vladimir Pravsky.