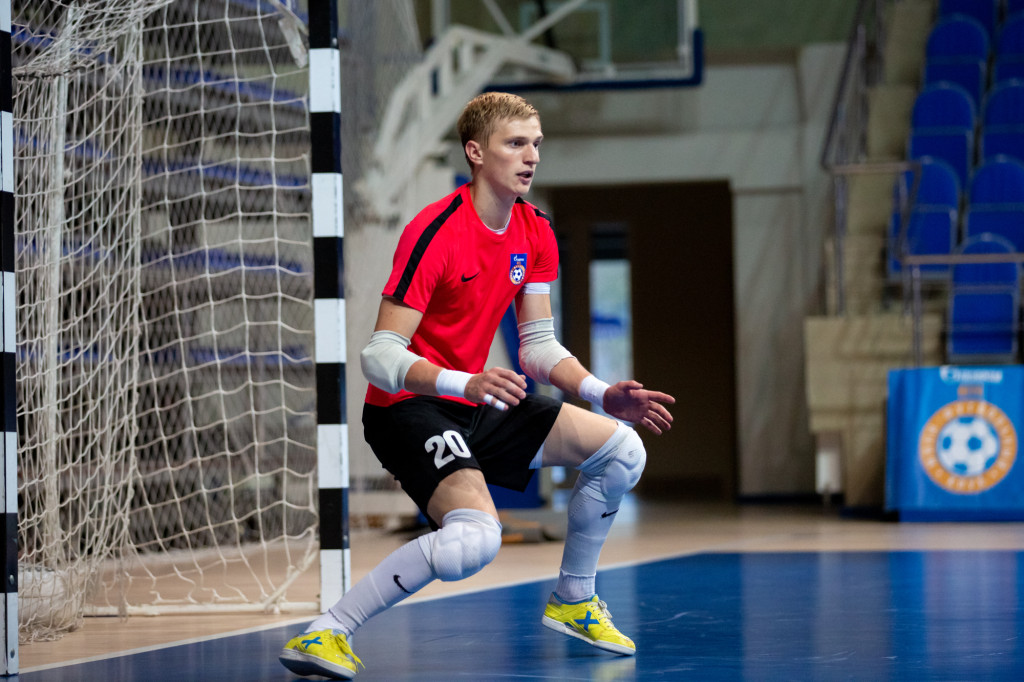 Goalkeeper of the youth Gazprom-Ugra Anton Seleznev shared his impressions of the past youth Olympic Games, plans for the season and the upcoming Major League matches against the LKS. – The first most relevant question is whether you watched the Youth Olympic Games, did you watch the matches? Which do you think is the brightest match? […]

Goalkeeper of the youth Gazprom-Ugra Anton Seleznev shared his impressions of the past youth Olympic Games, plans for the season and the upcoming Major League matches against the LKS.

– The first most relevant question is whether you watched the Youth Olympic Games, did you watch the matches? Which do you think is the brightest match?

– Of course, I followed the results of the YOG, I watched all the games of our team, I was separately worried about Igor. In my opinion, the brightest match turned out with Iran, which ended with a strong-willed victory of our guys, the guys turned the tide of the game 2 minutes before the end and won, which gave them the semi-finals.

– What do you think our team lacked in the final?

– I cannot say exactly what was not enough. Probably only scored goals, the mood and desire were sufficient, the Brazilians – this is the Brazilians!

– Tell me about yourself, how did your sports career start? How did you get to Gazprom-Ugra?

– My sports career began at age 6. My father brought me to karate. Till 10 years only karate was engaged. Then my friend Artyom Zaynutdinov (Editor – player of the New Generation team) called me to football, the team at that time did not have a goalkeeper. Decided to try. It seemed to turn out and did not want to change my role, that’s how I got up at the gate. Combined karate with football up to 13 years. Then I had to choose one thing, because the trainings were very tough and it was difficult to keep up everywhere. Made a choice in favor of football!

On performances for the “New Generation” in the junior Super League, a proposal was received from Gazprom-Ugra at the end of the 2016-2017 season, invited by the current coach Pravsky Vladimir Vladimirovich.

– Was it easy to move to Moscow? What difficulties did you encounter?

– In fact, it was very difficult to move to Moscow. Also, at the end of the season 2016-2017, I spent fees with the main team of “New Generation”, we planned to sign a contract. But they called from Gazprom-Ugra and said that there is a chance to prove themselves and get into the team. At the end of the fees they made it clear that there was interest on their part and it was up to me to decide. Honestly, I thought for a long time, because in the “New Generation” it was the main lineup – here it is a youth team, there it is a native city – here everything is new. But the choice had to be made, and I believe that I did it correctly and have no regrets.

– Who is your favorite goalkeeper? The brightest goalkeeper in the Super League?

I attend Super League games when I am at home in Syktyvkar, or when Osnova accepts games in Lyubertsy. Most often I watch the Super League Championship online. Super League’s brightest goalkeepers are Zviad Kupatadze and Georgy Zamtaradze.

– How do you work on yourself?

– I come to the training session with thoughts to take everything possible from it in order to become stronger, without losing every moment. I am improving on goalkeeper training, listening to Mikhail Alexandrovich (goalkeeper coach) for me it is very important to receive advice from him. Another important factor for improvement is self-analysis, analysis of its previous games, noting the positive and negative points of the game.

– What are the tasks for yourself for this season? What are your goals in a sports career? Maybe more dreams?

– This season has very big goals and objectives. The first is the improvement of their games and team games. The next one is getting into the main team and, like any athlete, into the national team.

– Each player gets ready to play in his own way. Personally, I’m going with thoughts before playing to the music with headphones. Everything depends on the internal state, I listen to calmer music, or, on the contrary, something faster.

– How do you rate the team play this season?

– It has been only 3 games in the Championship of the Major League, it is difficult to evaluate the game of the team. We are still looking for our game, the coach is trying different options, I think everything will be decided soon.

– What is it to be a goalkeeper?

– It is pretty hard to be a goalkeeper. Perhaps this is one of the most undervalued works, in which you can not make mistakes. You need to be constantly in the game and have one hundred percent concentration. Each team player must perform their work on the floor and be focused only on it.

Press conference after the 2nd match of the XI round