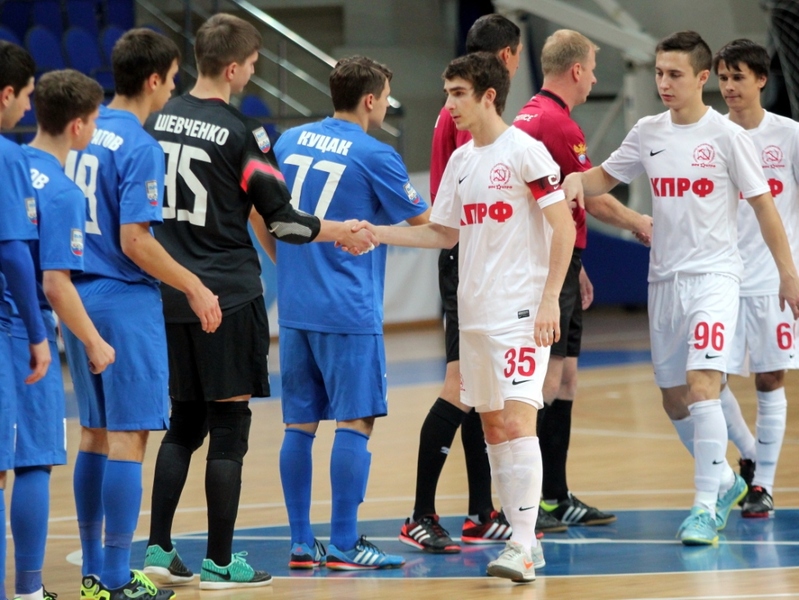 The youth team of “Gazprom-UGRA” beat their peers from “Dynamo” and reached the final of the Youth Cup, in which they will fight for the championship against KPRF.

Head coach of the second team Andrey Tsukanov commented on reaching the final of the Youth Cup of the “Moscow and Moscow region” area.

– Andrey, last season in the final after the first game against “Dynamo”, “Gazprom” also had the advantage of 2 goals, but finally the owner of the trophy was “Dynamo”. Did you keep that meeting in mind?
– No, we didn’t think about last season while preparing for the game. We purposefully prepared for this match, in which we lacked some players. I am very happy for the guys, happy for their attitude towards the game. Today they could’ve handled everything, endured it and showed all their will power. I think that with this diligence they deserved to win today.

– Does it make any difference with what team you are to play in the final?
– No, it doesn’t. I think it also makes no difference, because as I said, almost all the teams in this season have the same strength, the same level. We treat any opponent both responsibly and seriously.

– Throughout the season you played one game a week, and in the playoffs you do it twice a week. Does it somehow affect the team?
– Absolutely doesn’t. All the guys are young, they recover quickly. Tomorrow we have a day off, and then we will continue to prepare systematically for the first game of the finals.

The two final matches will take place on May 24th and 27th. On Tuesday, the match will be held in SC “Start” in the city of Reutov and on Friday the second leg, together with the awards ceremony, will take place in the SC “Triumph”. Both games will begin at 14:30 Moscow time.