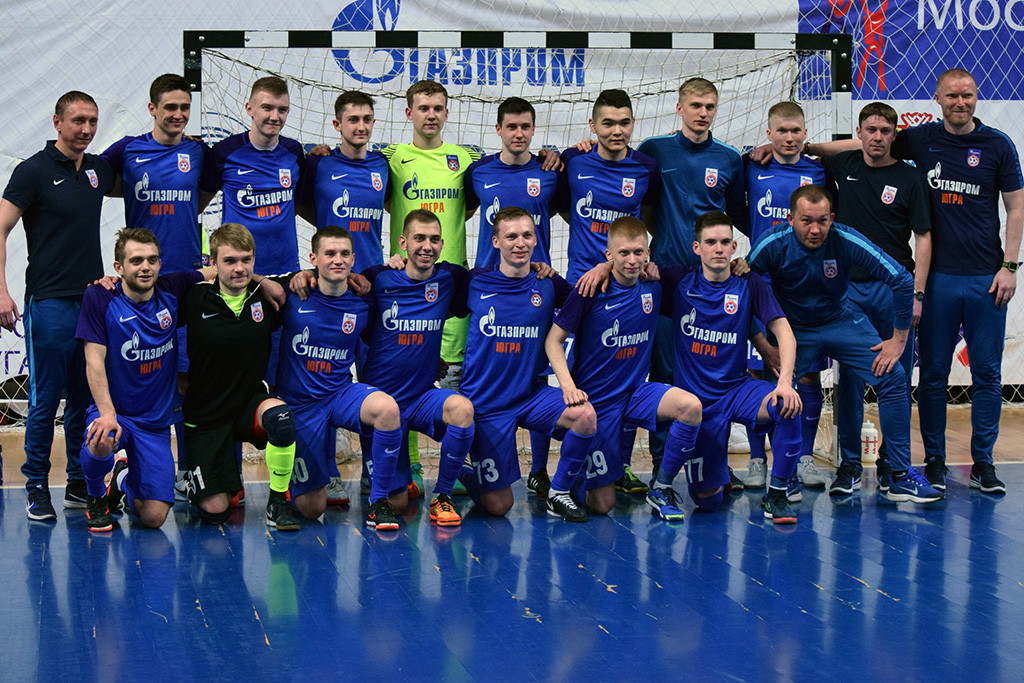 KOLESNIKOV: “WE DID EVERYTHING SO THAT OUR PLAYERS GREW AND DEVELOPED DURING THE SEASON IN ALL DIRECTIONS”

The regular championship of the Major League of the conference “West” was completed, in which the FC Gazprom-UGRA also participated. The head coach of the team Vladimir Kolesnikov summed up the main results of the performance of his wards in the last season: – The Major League for us has become a new tournament, primarily […]

The regular championship of the Major League of the conference “West” was completed, in which the FC Gazprom-UGRA also participated. The head coach of the team Vladimir Kolesnikov summed up the main results of the performance of his wards in the last season:

– The Major League for us has become a new tournament, primarily on a high level of teams and a higher intensity. For the players, it’s a good experience to play with older rivals who make you work faster with the ball and play much harder and more powerful than, for example, the teams that we competed with last season. Not all players were ready for this tournament, many of them have improved during the season, it was difficult for someone to compete due to age and physical data. I note that Stepan Sofronov, who came to us in the middle of the season, helped the team very much, added power to our game.

– Will occur any changes in the team at the end of the season?
– Yes, in Yugorsk there are good guys of 2000 who played in the finals and lost the tournament only on penalties. There will be a selection for prospective guys. The changes will be made.

– Judging by the numbers of the standings, the team didn’t show the best result. But tell us about the positive aspects, what progress did the team have this season?
– I can thank my guys for their attitude to work. We had a complicated regime, high intensity of training. In the training process, we had to force events to correct our situation. Through these defeats we had to pass in any case, but even they gave us a lot. We saw what we need to work on, we worked on the mistakes and did everything to make our football players grow and develop during the season in all directions. The dynamics of growth was visible, it is noticeable that it was difficult for the opponent to play against us. Unfortunately, it was not always possible to achieve the desired result, but we made a big step forward in the quality of the game.

– What did the players lack during the season?
– The objective reason is age. There were many games where in the second half we started missing balls, making ridiculous mistakes, which determined the final result of the match. I think that this is due to the age of the players, as well as their physical data. But most importantly, even with these mistakes, we tried to play correctly and it was pleasant.

– The season is over. Is the team going on vacation?
– Now we are training, we will watch the new guys. The team keeps working. We are leaving for vacation in June.