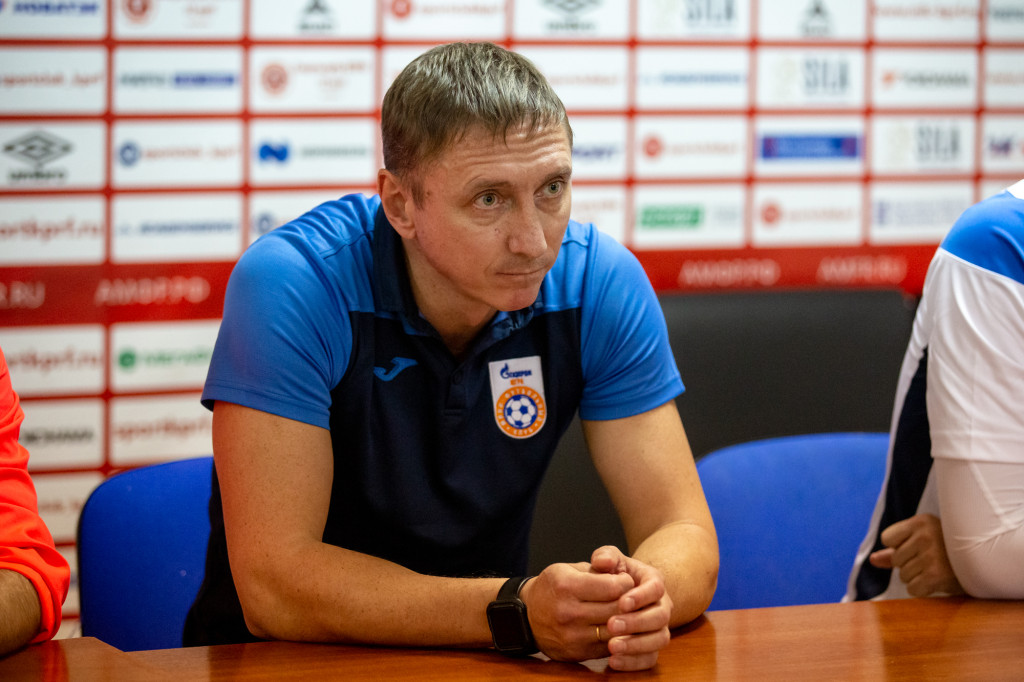 Gazprom-Ugra head coach Vladimir Kolesnikov and Ugra player Dmitry Lyskov talk about a draw in the first meeting of the 3rd round of the Parimatch – Super League against the Communist Party (2-2).
Vladimir Kolesnikov, head coach of the FC Gazprom-Ugra:
– I want to congratulate Romulo on his birthday and thank KPRF for the situation at the match. The games in Klimovsk are very rich in terms of the audience and their reactions, it is very interesting for the players to play. In terms of the game, we did not succeed a little, but this is the merit of KPRF team. In any case, we tried and wanted to win. In the second half, they did not endure. They got the second ball as a result of the ball we lost, got carried away by a counterattack and conceded with a “three on four”. But anyway, I want to say thanks to the guys, they tried, suffered, and really wanted to win. 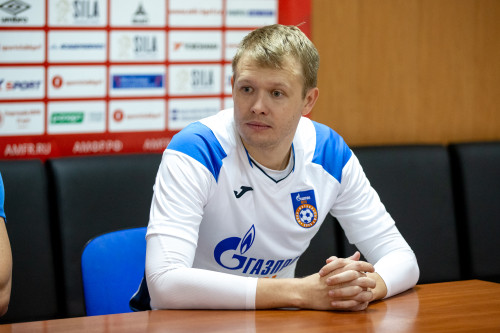 Dmitry Lyskov, player at the FC Gazprom-Ugra:
– It was physically very difficult, the team had a slightly different rhythm. There were training and games. There was no time to recover – right on the tour. It affected, lacked freshness, fresh thought. Therefore, the game was divided into nuances – penalty, ten-meter. I think we’ll rest and tomorrow both teams will look better.

Photos from the games Gazprom-UGRA vs Dynamo