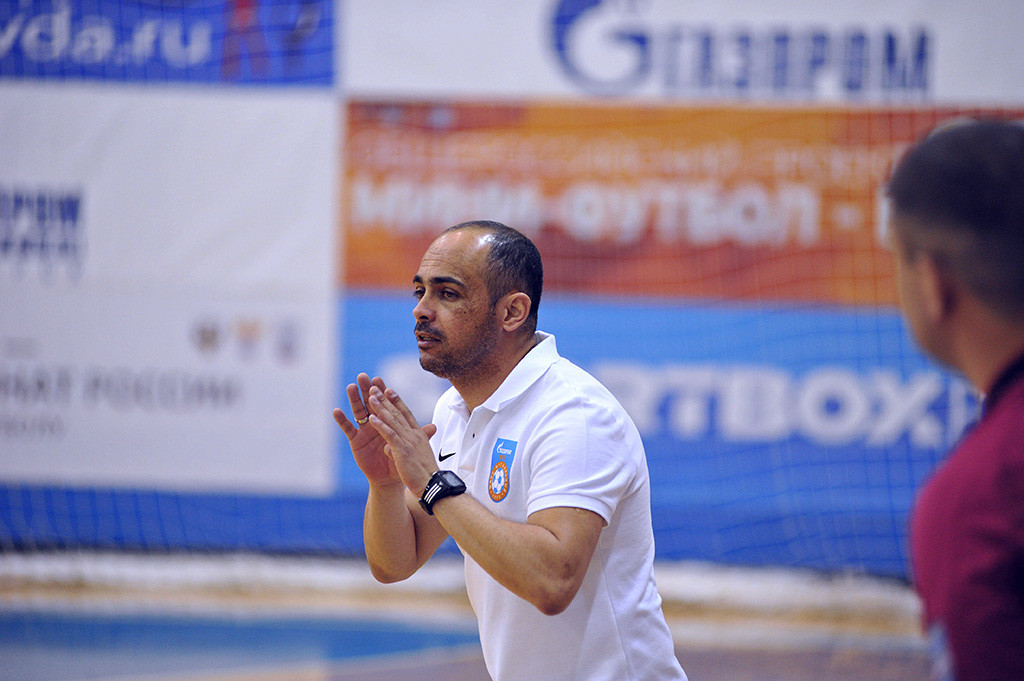 The head coach of “Gazprom-UGRA” Kaka told about the highlights the playoffs of the 2016/17 season, which ended up with the bronze series matches against “Sibiryak”. – Kaka, your team gave out an enchanting semifinal series. No one was indifferent. This sweetens the bitterness of defeat for you and for the players? – I want […]

The head coach of “Gazprom-UGRA” Kaka told about the highlights the playoffs of the 2016/17 season, which ended up with the bronze series matches against “Sibiryak”.

– Kaka, your team gave out an enchanting semifinal series. No one was indifferent. This sweetens the bitterness of defeat for you and for the players?
– I want to say that everything is new for us now. I’ve been heading the team for five years, I’ve been playing in the finals for four years and this defeat is a completely different experience. In general, of course, there is not much to enjoy, but you have to accept it and take it with understanding. We play in one of the strongest leagues of the world and keep in it the leading positions. The struggle for the third place is also worth a lot. I will not tell you that I am satisfied with the current state of affairs, but I am pleased with how the team played and how to cope with the difficulties.

– In a situation where there is almost no reserve, and it is necessary to win, what goes to the fore: emotions or tactical cunnings?
– The answer will not be original: both are important. If there is no discipline, then emotions will not save, as well as vice versa. We adequately reacted to all challenges and all difficulties. Yes, it did not always work: there were red cards, there were disqualifications. Of course, this is wrong. But I took it with understanding.

– Kaka, do you regret about any decisions?
– I am the head coach of the team and bear personal responsibility for everything that is happening. Every decision that I took during the season, I considered correct and justified. And now I think. And what’s the use then think: “here it was necessary to do so, but here it is”? It’s very simple – to be a strong rear mind. I do not really regret it now.

– Well, what new experience did you take out of this series?
– I felt differently what play-offs are. You know, like in hockey, when the matches go one by one and you need to be able to switch quickly. Perhaps, with me before such did not happen. We reached the finals of previous seasons, completely controlling the situation, although it was not easy. Now I woke up in the morning and tried not to think about what was the day before. It was only today and today’s match. Because we suffered losses, we had few players, and there was a constant threat. The playoffs opened up for me in a new way.

– If you experienced such an overload, then what to say about the young guys – Pirogov and Cherniy?
– You asked what I could regret – I can say that I regret that I did not take Pirogov to the UEFA Cup. He is young, but experienced enough, and is a full-fledged football player of the first team. I’m not surprised by the progress that Cherniy shows this season. As for Cherniy – I will not hide that we did not count on him. He had a trauma, he trained only one day, and the next he played with “Dina”. And he came separately from the team, by train. At 7 am at the station, and in the evening already a match. Of course, it was hard for him. I am sincerely grateful to the guys for their dedication.

– Are bronze matches for you a new experience. What do you pay attention first of all: psychology or tactics?
– I think that psychology will come to the fore. “Gazprom” and “Sibiryak” are unlikely to be able to surprise each other in terms of tactics, everything is thoroughly studied. Therefore, a lot depends on each player, on his mood, on his preparedness. We, the coaching staff, must bring this to the players.