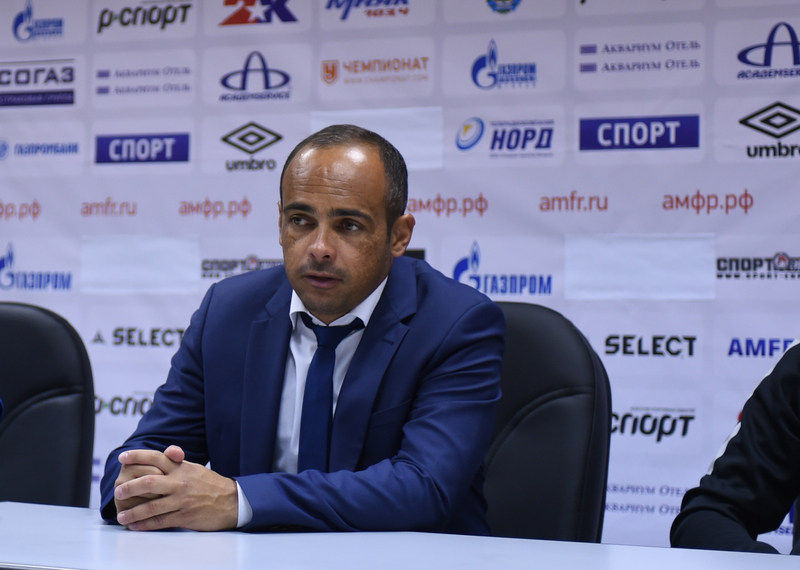 KAKA: “DIFFICULT TO SURPRISE WITH ANYTHING …”

– Kaka, a question right for your tea: how have you been preparing for the upcoming final of the Cup? – Indeed, our schedule is very tight: it is the championship and the cup, and international games, and national team. Therefore, the preparation is quaite simple: it is recovery – theory – game plan – […]

– Kaka, a question right for your tea: how have you been preparing for the upcoming final of the Cup?
– Indeed, our schedule is very tight: it is the championship and the cup, and international games, and national team. Therefore, the preparation is quaite simple: it is recovery – theory – game plan – the game itself. It is hard to change anything here and there is no need. We just should follow simple things, in time to notice and correct errors, to switch from one tournament to another.

– The goalkeeper, Zviad Kupatadze, talking about the specifics of the Russian Cup, says that sometimes all major events can happen at a second leg.
– I agree with him. The Cup of Russia has other regulations, it is not Super League. If it is possible in one of the matches have a draw, then this is the option you can keep in mind. Look at “Siberiak” – it is a team with the Cup character, for example, it was enough to draw in the first semi-final with “Dynamo” and even get defeated in the first quarter-final with “Dina”. Often, they squeeze their rival in overtime. The main thing is to switch from one competition to another.

– Your colleague, the head coach of “Siberiak”, Eugene Kuksevich, speaking of the victory over “Dynamo” in the semi-final, says that the significant role had thir theoretical training, when even at a certain extent, they had to sacrifice the championship game against “Gazprom-UGRA”. Now they will study your team in details.
– If time allows to study the opponent thoroughly – it’s very good. And yet I think that for such teams as “Gazprom”, “Siberiak”, “Dynamo”and “Dina” it is already difficult to surprise each other. Although, of course, the importance of the theory is quite high. Unfortunately, not always we have time for a very deep analysis.

– The players of “Gazprom” does not lack experience, but still can not help but ask about Alexander Kopeikin, which would be very useful for the team. According to your expectations, will he be able to play in the final?
– I always count on Alexander Kopeikin, a professional with a capital letter. We talked with him about it. I need to find the right time to give him match practice after a very long recovery, and I’m afraid to make a mistake in these calculations, since Sasha is very important for our team.

YOUTH GAZPROM-UGRA (UP TO 18 YEARS) IN FINAL