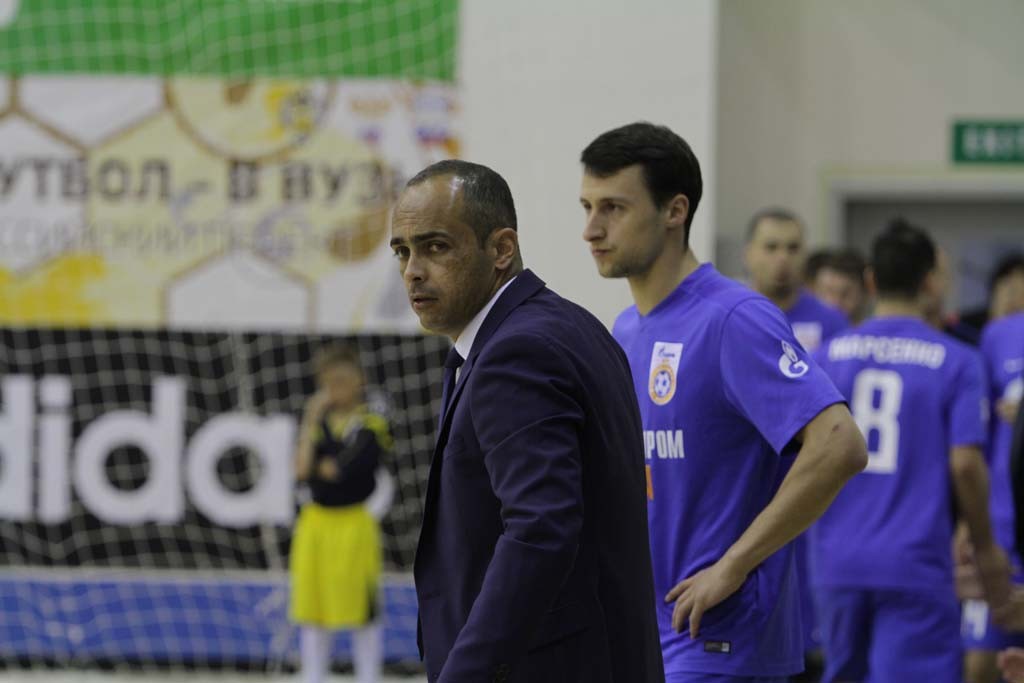 Today, head coach of the FC “Gazprom-UGRA” Kaka told us about how he spent his vacations, about team’s new player and the importance of the Super Cup. – Kaka, tell us how you spent your vocations after such a difficult season? – It was a very unusual vacation, I combined work and vacation. Of course, […]

Today, head coach of the FC “Gazprom-UGRA” Kaka told us about how he spent his vacations, about team’s new player and the importance of the Super Cup.

– Kaka, tell us how you spent your vocations after such a difficult season?
– It was a very unusual vacation, I combined work and vacation. Of course, first of all, I met with my children and my family, went to Spain, visited final matches of the Spanish national futsal championship. Then I went to the south of Brazil and stayed with our youth team at the training camp during one week, the last part of my vocations I spent in my hometown, attended seminars on futsal and, of course, I managed to distract from them enough to spend time with family.

– The team started training, passed medical check-ups. Tell us about the state of health of your players, in what form is the team?
– Those players who were healthy at the end of the season started trainings in the best shape. This year, their condition is even better than before the start of the previous season. The players who had been injured, of course, are not in their best shape, but it is not going to any problem, everyone will be in play at the beginning of the season.

– What can you say about your new player Rishat Kotlyarov? Has Rishat joined the team and could adapt to it?
– Rishat is player, who I have known for a long time, we played together. He has always shown his leadership qualities and in KPRF, and previously in “Sibiryak” – he has great experience. Of course, like for any other person, it is always a little hard at first, but he will quickly adapt to our team and will help the team in the new season.

-These days in the Internet appeared rumors that the players decided to boycott the match of the Super Cup, how can you comment on this situation?
– It is not a secret that now our team is having some difficulting, but the management has promised that things will get better soon. The day before yesterday we held a meeting within the team, I didn’t hear these words from any player, no idea where these rumors come from. There have been no official statements that someone will boycott the match. On the contrary, everybody has been preparing for the game at his full capacity.

-How do you think, is not it hard to start the season with a game for the cup and immediately with the most prepared rival?
– It is not difficult only for us but also for our opponent. They, as us, started to prepare for the season at about the same time, and no one has friendly matches during this time, so it is going to be first game for both of us.

-How important it is for you and for the team to take revenge against “Dynamo”?
-I would not call this match a revenge. Super Cup is a title that was played 13 years ago last time, none of us has the title, and we can be the first to become the owner of all the cups played in Russia. We care about every title and, of course, I want to start the season with positive emotions.