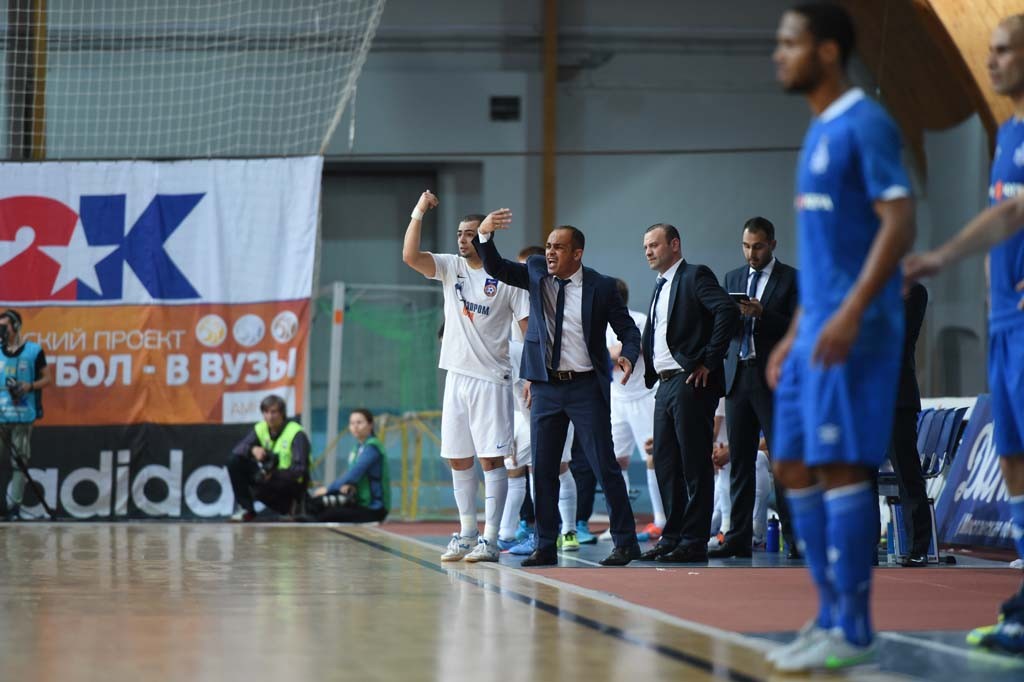 KAKA: HOPE TO MAKE A SHOW FOR ALL FUTSAL FANS

The main confrontation of the 6th round of the Russian Super League will take place on November 5th and 6th. “Gazprom-UGRA” vs “Dynamo”. Head coach of “Gazprom-UGRA” Kaka told us about the readiness of the teams and the importance of the upcoming matches in Shchelkovo. – Kaka, in recent games your team is back to […]

The main confrontation of the 6th round of the Russian Super League will take place on November 5th and 6th. “Gazprom-UGRA” vs “Dynamo”. Head coach of “Gazprom-UGRA” Kaka told us about the readiness of the teams and the importance of the upcoming matches in Shchelkovo.

– Kaka, in recent games your team is back to your victorious path, but these victories do not look as confident as before. The reason is in the opponents, or you still have some problematic issues?
– I would not agree that these victories were not confident, because the score does not always reflect the real state of affairs on the pitch. Sometimes you can win 5-1, but it does not show anything. Our last three matches were very good both in content and in the result. The team returned to our martial state, everyone feels the unity, support of the partners and everyone is ready to achieve new victories.

– The second half was more successful for you, and winning balls were scored at the very end of the match. Is it just a coincidence or you game plan?
– That’s because we have been working together for a long time and making results and the guys trust the game plan till the very end. At the same time, we can change it in the course of the game and make decisions based on the game itself. It is difficult to single out one thing, but we can talk about the coordinated work of the whole team. This is our key to success.

– Your former player Robinho is playing against you. Have you learned to play without him and against him?
– When a team looses such a player, it’s a big loss. But we have a lot of high-level players that can compensate it. The opposing team have plenty of world-class plyers, so we will work and will do everything possible for the victorious outcome. Both for us and “Dynamo” this is not the best period. The teams haven’t caught the rhythm, but anyway, we will play. And we will play to win! Games against the blue-whites can always surprise, we’ve had a lot of different outcomes so far. I’m sure we are about to see one of the best games not only within Russian futsal but with world futsal. The game “Gazprom-UGRA” against “Dynamo” in general, in my opinion, is one of the three most striking confrontations in the futsal world along with such duels as “Barcelona” vs “Movistar-Inter” or “Intelli” vs “Corinthians”, so we hope to make it a real futsal show for all fans of our game.

Juan Emilio, welcome to the team!