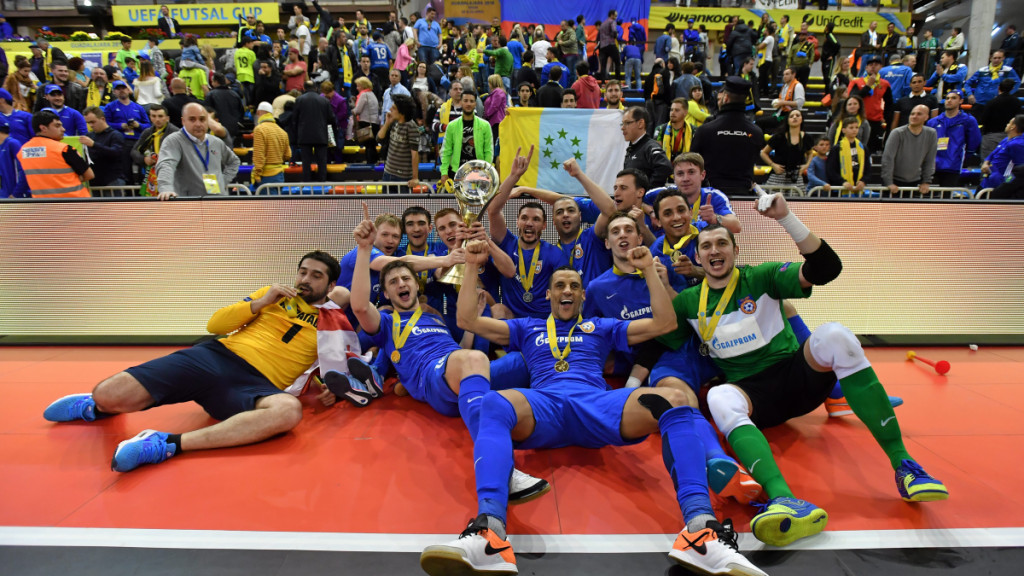 Kaka, Ugra coach That was a magnificent victory. The players followed our game plan to the letter. They did everything we asked of them. We made mistakes, but of course we did because they are humans not machines. I felt that even when we made mistakes, what we did next showed our desire to put […]

Kaka, Ugra coach
That was a magnificent victory. The players followed our game plan to the letter. They did everything we asked of them. We made mistakes, but of course we did because they are humans not machines. I felt that even when we made mistakes, what we did next showed our desire to put things right and I think that we deserved to win this game.

We might not have played the nicest futsal, the way we played may not be the way people think you are supposed to play futsal, but we came here to win, not to give a futsal exhibition. We showed Inter a lot of respect, but we believed in the weapons we had at our disposal and we played to our strengths, and we were fortunate enough to win. You can’t beat Inter just by knocking the ball around; you have to show an enormous amount of heart, desire and sacrifice.

Marcenio, Ugra forward
Our road to this victory was very difficult from start to finish. Our main round group was tough, then our elite round was really tough, and we did incredibly well to beat Kairat [the holders]. Now we have had an extremely difficult finals too.

We worked incredibly hard to get here and we gave absolutely everything until the last fraction of a second to win this championship. We managed to pull off something remarkable at the home of an Inter team that are very strong. We knew how difficult it was going to be to win here. And that spurred us on to work even harder and train even harder to end up as European champions. We knew that our only chance of coming away from here as champions was if we stuck together the whole time. There’s a great spirit in the squad, we are really united and we knew that we would only be champions if we stayed that way.

Kaka and I go a long way back and I only have good things to say about him. He’s a coach who is really making a name for himself on a global scale. Last year we were Russian champions, we’ve just recently won the Russian Cup and now we’ve won the UEFA Cup! We are on an incredible run and that is in large part down to his work.

Luis Amado, Inter captain
We’re obviously very disappointed not to have been able to win the UEFA Cup, particularly since we were playing at home and it seemed like we had things in our favour. But we are happy with the futsal that we played. I think that we’re the only team in that final that really took the initiative and tried to win by playing our game. We had a little bit of bad luck: they scored a couple of goals where the bounce went their way.

We’ll just have to savour what we’ve achieved by getting this far and then be able to put it behind us.

Ortiz, Inter defender
I’m proud of the team. I think we managed to do what we’ve been doing for quite a long time now, which was to stay faithful to our style of play, but it’s just a shame that we couldn’t quite pull off the victory in front of our home fans. But that’s sport: sometimes you win, sometimes you lose.

I think that Ugra had a game plan, which they followed. They knew that they couldn’t match us for pure futsal because of the ability we have in our team, especially in attack. But they played to their strengths. They gave us the ball, they ceded possession, they sat deep and took advantage of our mistakes, which we made, and which is only normal in a final.

It’s still far too early to say whether this experience will be beneficial for us if we get the chance to go for the title again next year as the wounds are still fresh and everybody in the dressing room is still very upset. But as I said, sport is like that. We have to get our heads back up, try to win the league again and get back into the competition.