Juan Emilio, welcome to the team!

RUSSIAN TEAM BACK TO MEDELLIN 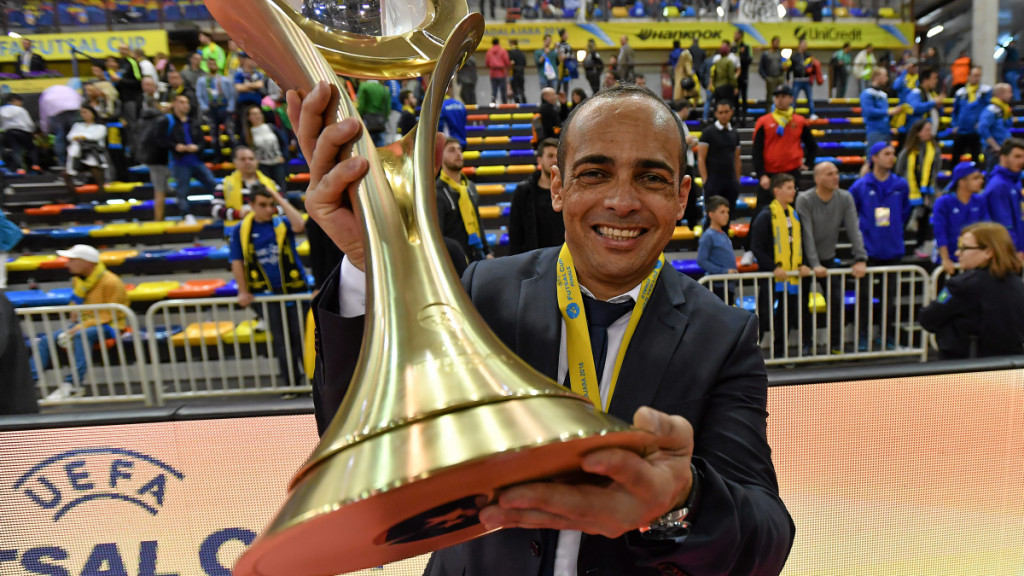 Our head coach, Kaka, told us how the team is preparing for the Final Four without eight players, who were summoned for the teams of Russia and Georgia. – Kaka, tell me, how do you build your work in the absence of players who are in favor of their teams? – Now we do not […]

Our head coach, Kaka, told us how the team is preparing for the Final Four without eight players, who were summoned for the teams of Russia and Georgia.

– Kaka, tell me, how do you build your work in the absence of players who are in favor of their teams?
– Now we do not have eight players, seven players in the Russian national team and one in the Georgian team, and, of course, the training process can not be full. We train in a mixed composition, attracted a lot of players from the double. Our backups are not yet at such a high level, but they are great, they try very hard and help us maintain a certain level, so as not to seriously damage the process of preparing the team. We also know that the players of the national team, in turn, will get a good game practice and, we hope, this will only benefit us.

– What for you as a coach means the fact that the backbone of the team are the players of your team? Are you proud of the players?
– Of course, I’m proud of it. Today, not only the seven current athletes of Gazprom-UGRA, but also four ex-players of our team perform in the Russian national team. Of course, for me as a coach it is very nice. But the main merit lies on the shoulders of the players themselves, they deserve to be there.

– Fans of our team are interested in the health of players. First of all, players of the national team, because they have twice the load.
– Lima was injured and recovered right before the charges and Davidov, who played two matches after the injury, but was not in full physical readiness. As for the rest, they went to the national team in good physical condition. On Monday, I attended the training of the Russian national team, talked to the head coach, found out that everyone was in order and everyone would play qualifying matches.
Not just because Gazprom-UGRA suffered only two defeats in the last three months, it is an indication that the team is in good shape. Now the most important thing is that after the end of the fees all players returned without injury.

– Less than four weeks are left until the Final Four. Tell us about the preparation, about the mood. What are you paying special attention to now?
– As I said, there are not half of the players. Our main task is to keep the players that we have for tonight. Now we are analyzing the opponent, making a plan for training and preparing for the teams that we will meet in the finals. At the site, we just maintain the tone of the remaining players in reserve. Of course, it’s hard to prepare in a truncated squad, but we continue to work hard.

– Are you happy with the team now?
– Yes. At the very beginning of the season we were far from the first place in the standings, now it is possible that we will finish the regular championship on the first line. Football players have taken shape, we will wait for the players from the national teams, then we will have two weeks to prepare for the Final Four of UEFA. I understand that much can change during this time. But now I can say that when the bench is full and all the players are concentrated in the training process, everything is ready for battle, then we are Gazprom-UGRA, a very strong team.