Preparation before matches in Czech Republic

SLEMZIN: “WILL BE DIFFICULT TO GET EMOTIONS” 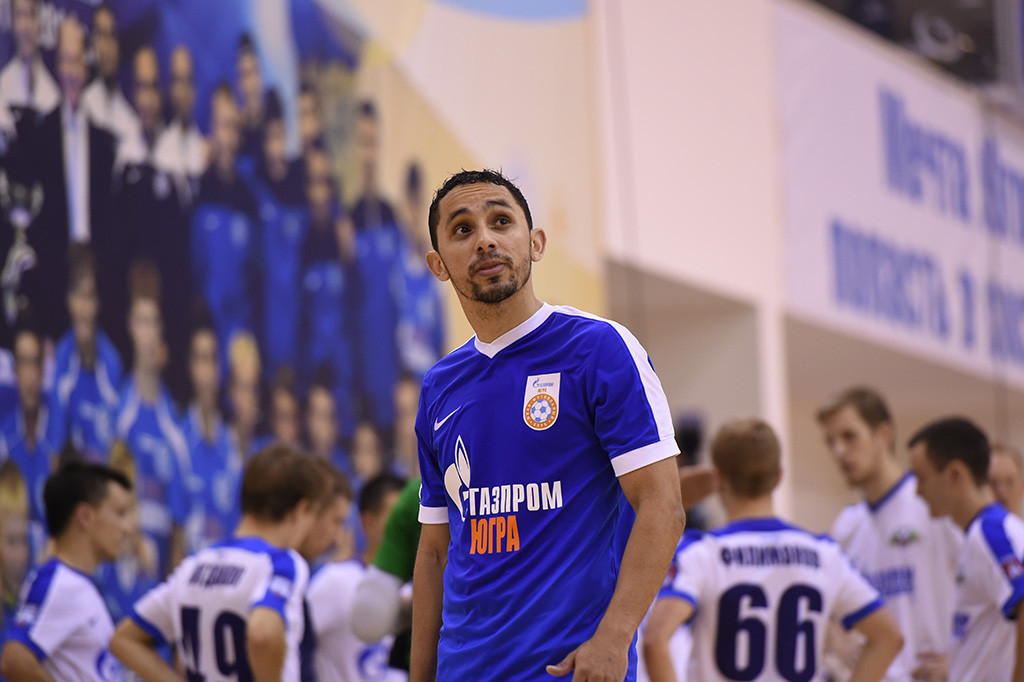 An interesting and one of the most modest players of our team, Caio, told us about himself: his life in Brazil, moving to Moscow, and how he’s been adapting to Russia and the team. – I was born in the Brazilian city of Belo Horizonte, the capital of Minas Gerais. My family loves football. My […]

An interesting and one of the most modest players of our team, Caio, told us about himself: his life in Brazil, moving to Moscow, and how he’s been adapting to Russia and the team.

– I was born in the Brazilian city of Belo Horizonte, the capital of Minas Gerais. My family loves football. My dad used to play it professionally but then had to quit out of an injury. I started my career with football when I was 8 years old. At 9, I tried playing futsal for the first time and I happened to play both futsal and football until 16. When I was 16, in 2001, I became a professional futsal player at the team “Minas Tennis Club”, in which I spent 11 years. Before moving to Russia I had also played for such Brazilian futsal teams as “Marechal Candido Rondon” and “Jaragua do Sul”.

– How come you moved to the FC “Gazprom-UGRA”?
– When I was playing in “Jaragua do Sul”, I kept in contact with Kaka, we had been negotiating without any details. In mid-2015, when my two-year contract with the team came to an end, I and Kaka started discussion my transition to the team more seriously. Finally, when the season in Brazil was over, I went to Moscow, where I was supposed to sign a new contract, so I did it and became one of the players of “Gazprom-UGRA”.

– How did the team accept you? Can you say you have completely adapted here?
– At first it was hard since I did not speak any Russian. The language itself is pretty tough. So for the beginning I decided to learn how to communicate on the pitch with my partners, futsal terms. Another difficulty was the fact that I was given little playing time, as in Brazil, I was one of the major players in the team, but here I still had to earn trust of the coach; the fact that Russia has a limit on foreign players influences either. If we talk about game difficulties, it was hard to get used to it in the sense that in Brazil futsal values tactics and here it values physical strength. Now I can say that bit by bit I’m getting used to it, but still I have a lot of work to do to adapt to the style of the Russian league.

– Besides futsal do you have any hobbies?
– I like to play Sony PlayStation, watching TV series and get to know new places.

– It has been almost a year you live in Russia, what’s your impression of the country?
– I like Moscow, I could’ve adapted to it during this time. Everything is different here, like food and culture, which is interesting for me to learn. I can point out one detail for sure, it is security, which we do not have in Brazil. And the only thing that was hard to get used to is cold. It is very cold in Russia.
In the future, I plan to bring my family here, so that they could also get to know the country.

– Have you ever faced crime in Brazil?
– Yes, there were some accidents in my country, in some areas of Brazil. The streets are dangerous because of the risk of being robbed. Once I even had a gun next to my head and once my apartment was robbed.

– You said you like to learn new places, what places have already been to in Moscow?
– I’ve been to the Red Square, various parks, an aquarium, the observation deck of the Moscow City. Of course, I also went to see a football game here and to see the Spartak stadium.

– What are your goals while you play in “Gazprom-UGRA”?
– When I my contract with “Jaragua” was coming to an end, I had enough teams inviting me, but I wanted something new: to see another game, to learn a different style, and gain new knowledge. I want new trophies in my resume. I don’t just want to come over in to the middle of the championship, as it happened last season when I also had a chance to take part in the UEFA Cup and Russian Cup. I think I did my part in these events, but it is not the same. This year I want to do things differently: to be an integral part of the team to help it win the championship and defend the European title.
And, as for any athlete, for me it is important to earn respect in Russia and in Europe, since I have already shown myself in Brazil, so I also want people here to speak about me with a capital letter.

NENOV: “OPPONENT IS IN A GOOD STATE”