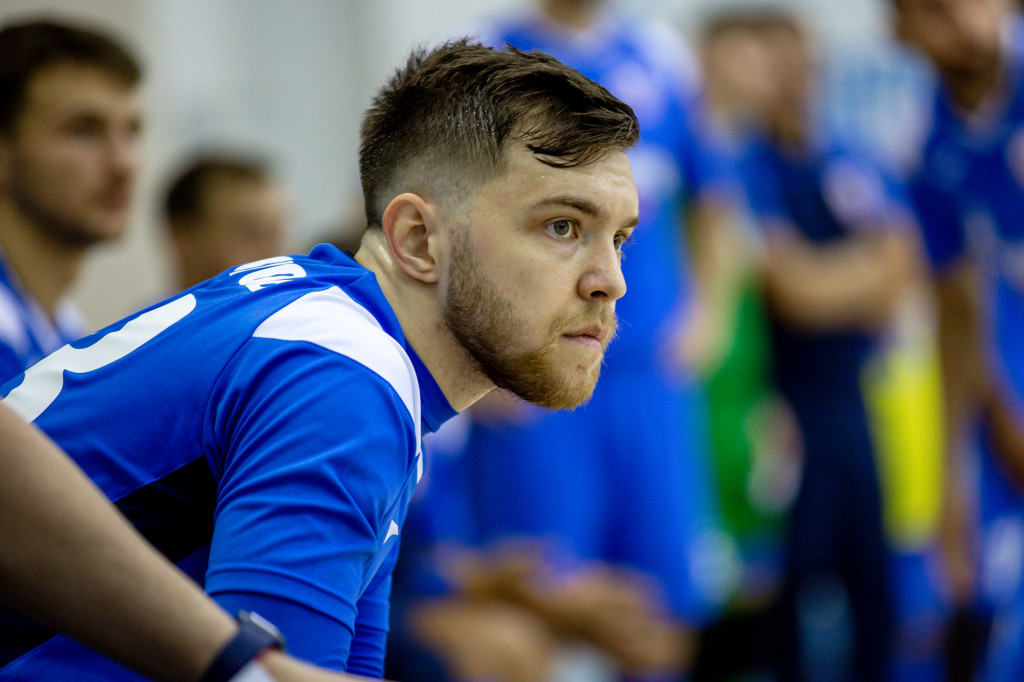 – Please tell us how you started to like futsal. – When I was 7, I was taken to the Uralmash football section and until 18 I played soccer for Uralmash. When it was necessary to move to the youth team, an offer was received from Grigory Viktorovich Ivanov to try my luck in futsal, then I went to Viz […]

– Please tell us how you started to like futsal.

– When I was 7, I was taken to the Uralmash football section and until 18 I played soccer for Uralmash. When it was necessary to move to the youth team, an offer was received from Grigory Viktorovich Ivanov to try my luck in futsal, then I went to Viz Sinara. I tried it, I liked it. Futsal is a more tactical game, here you need to think very quickly, a lot of fast work. In soccer, I played as a central midfielder, it was necessary to help in defense and in attack, and in futsal – I help more in defense. Of course, I want to score more, help the team as much as possible, but first of all, I set myself the task of skipping less.

– Is there any other sport in your life?

– Maybe only biathlon. When I was a kid I used to put on small skis at home and ran around the apartment with a small gun, imagined how I shoot at targets.

– How difficult was it to decide to move from Sinara to Gazprom-Ugra?

– It was a difficult decision, I thought a lot, there were a lot of factors, circumstances. I was very worried about how the fans would react to this. I talked with them, we found understanding. I am very grateful to them for their support. Of course, it is a great honor for me to get into Gazprom. This is the strongest club in Russia and Europe, this is a new challenge for me to prove my worth as a player.

– What are your goals for the season in the team and in the national team?

– Please tell us about the pre-season training process.

– For me, this is a new format of training. In “Sinara” we had a lot of running work, here all the work was in the hall. This helped develop new qualities. The training all went very well, the whole team withstood despite the fact that there were difficult pieces of training.

– How would you rate your debut in official matches with the team?

– In general, not bad, but there is still, of course, where to move. With each training session, with each game, I will feel more confident. In general, I often remain dissatisfied with my game. I analyze, I understand that in one episode or another it was possible to play differently, in some situations to shoot on goal, and not look for a pass.

– Please describe the opponent of our club in the matches of the 2nd round of the FC Dynamo Samara.

– A strong, unyielding team, a bronze medalist of the last Championship. In the summer, they were still strengthened by several players. These matches need to be approached as responsibly as possible.

“We will strive to show quality futsal”