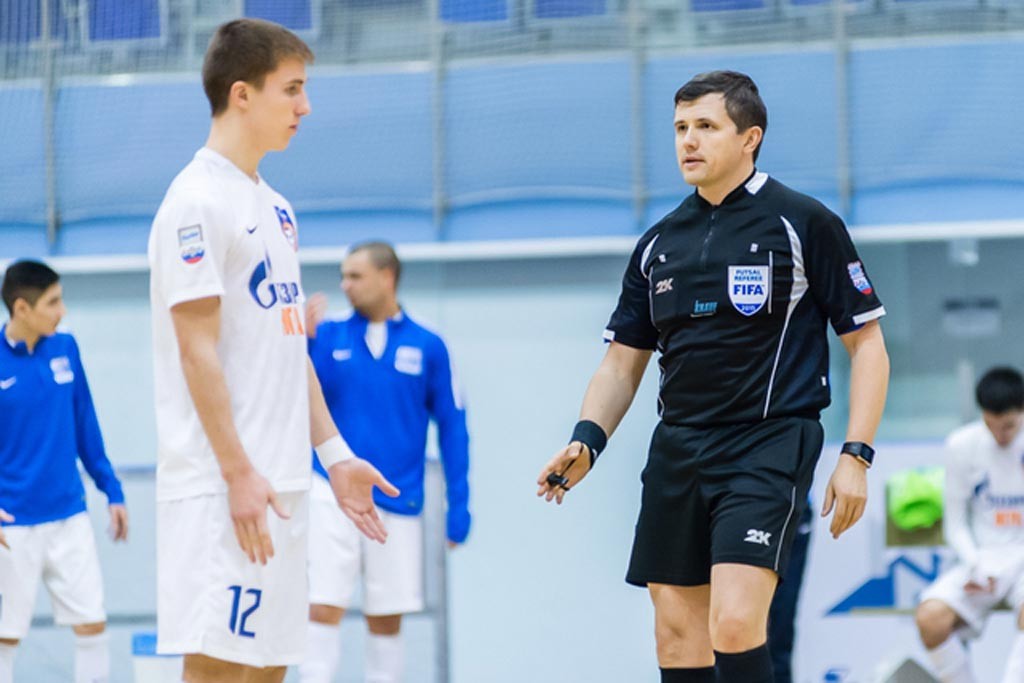 On Sunday April 17th, the FC “Gazprom-UGRA” will hold the last match before the final stage of the UEFA Cup. The opponent of our team is “Dina” from the Moscow region, which in the first round lost to us with the following scores 10-2, 6-1. Player of “Gazprom-UGRA” Ivan Chishkala shared his opinion about the […]

On Sunday April 17th, the FC “Gazprom-UGRA” will hold the last match before the final stage of the UEFA Cup. The opponent of our team is “Dina” from the Moscow region, which in the first round lost to us with the following scores 10-2, 6-1.

Player of “Gazprom-UGRA” Ivan Chishkala shared his opinion about the upcoming game and told us with what mood the team is coming to the UEFA Cup.

– Ivan, share, please, with us your expectations for the upcoming meeting against “Dina”.
– I expect a real struggle, equal game, emotions and all the best you can see in futsal. Every victory is important for us, when the team wins you feel confident, and it is more difficult to beat a confident team. We’ll enter the pitch with only one thought, to win!

– “Gazprom” spent most of the preparation time for the round without many players, will it be of any advantage for the opponent?
– Our team got divided into two groups, one part left to play for the national team, the other stayed to prepare for the upcoming tour in Moscow. It’s hard to prepare in the same rhythm, but we understand each other pretty good, we know how to deal with this situation. All top clubs face this situation when their players have to play for the national team.

– What can you say about your opponent?
– In this season “Dina” shows quite an unstable game, they can beat anyone and lose to anyone. But everyone knows perfectly how “Dina” can play attacking football and it will be an excellent preparation for the Final Four, where we will have to play against very strong attacking teams. We also understand that every team plays against us with an extra incentive, since it is pleasant and honorable to beat the champion.

– Is this victory important for the psychological condition of the team on the eve of the UEFA Cup?
– Our thoughts are directed to the UEFA Cup, we know that we need to be ready for 100% and there is nothing better than to play and get game practice. One game is equal to weeks of training. We enter the pitch with a proper mindset.

– It is the penultimate round of the regular championship on Sunday. How do you evaluate the performance of your team in this season?
– we have played quite stable this season, beat our direct rivals, showed a good game both at home and away. But we had to get more scores, we lost lots of games to outsiders and this is one of our main problems on which we’ve working.

– Ivan, the website futsalplanet has nominated you for the title of best world player under 23. How important for you are personal achievements?
– It was nice to know the news, but I do not take it seriously, because I have no clue who identify applicants and according to what criteria. Personally, I do not consider myself the best world player even if futsalplanet will award me the title. Personal achievements are not so important for me as success of the team I play in.

-Many futsal fans consider you the best player in the Russian Super League. Can you say that now you are in the best shape?
-Never have heard such words from any fans. I only hear it from my relatives and close friends (smiles). Hard to say I think because we have a lot of talented players. I would not say I am at the peak of my shape, but I will try and apply the maximum of efforts to show what I can do and help the team in the UEFA Cup in the playoffs.

“GAZPROM-UGRA” IN THE UEFA CUP FINAL!