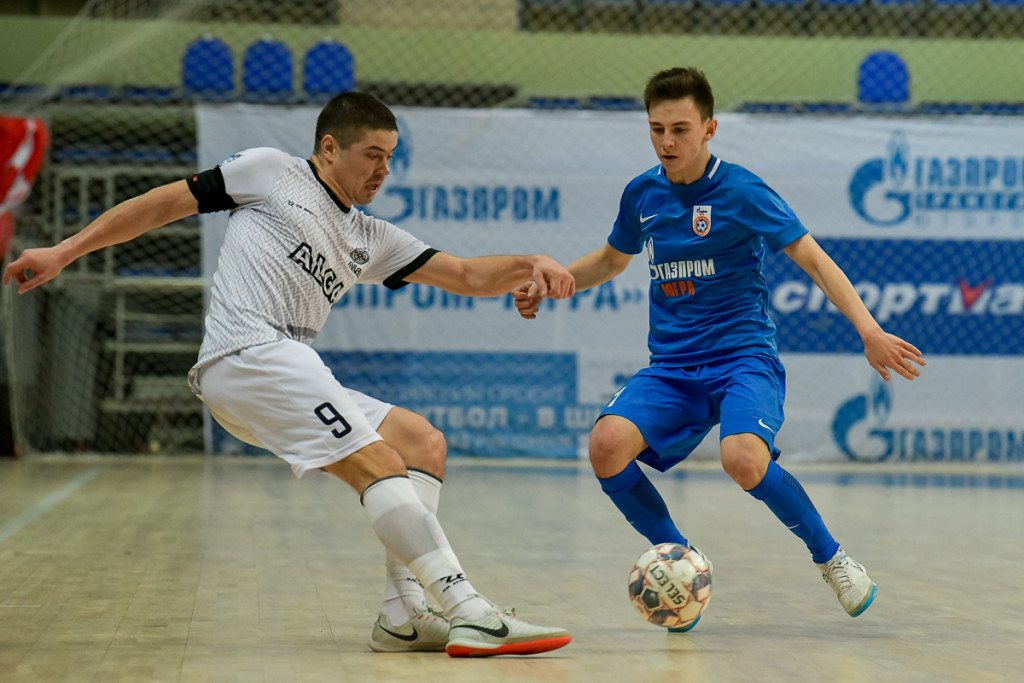 March 30 in the framework of the 25th round of the Championship of Russia on futsal among the teams of the clubs of the Higher League. The conference “West” was held the match between the FC “Gazprom-Ugra” and FC “Alga”. The team from Ufa beat “gas team” with a score of 3-0. Goals: Fidan Nizamutdinov (29′); Sergey […]

March 30 in the framework of the 25th round of the Championship of Russia on futsal among the teams of the clubs of the Higher League. The conference “West” was held the match between the FC “Gazprom-Ugra” and FC “Alga”.

– Your comment on the game and why, in the second half, were you unable to contain the attacking heat of your opponent?

– Two different halves have learned, really. Although planned to play more actively. FC “Alga” developed attacks calmly, the guys have more skill. But alas, in the second we did not always succeed in sticking to the game plan that worked in the first. We had a limping selection, the release of the implementation, and did not work the last pass. And after the missed ball, my guys were confused and immediately got the second one. Apparently, in the first place they were not psychologically ready. This is peculiar to young people, but we will work.

– On a 10-point scale, what grade would you give to your team?

The captain of the FC”Alga” Dmitry Bolshakov:

– By the mood: the whole team understands that losing points. And this in no case should not be allowed. Moreover, when an opponent is less masterful, we simply must win. Knowing the game and the final result, Orgkhim-Spartak came out motivated and approached the game with the utmost dedication.

For the game: the task was to play strictly from defense with quick transitions to the counterattack. After analyzing our latest games where we lost, we made mistakes at the beginning of the game due to loss of concentration. In defense, they played competently – exemplary. The attack finally scored what should have been scored in previous matches. The first half was probably less interesting. But the second half after our first goal (Nizamutdinov), the game turned into a more dynamic football, where the opponent had to recoup. Our plan worked – ran away and scored 2 goals. 3 goals scored by playing in the minority, clearly acted when playing against the fifth field player, taken away and scored into an empty net.