HAPPY BIRTHDAY VALERY LINNIKOV, THE TEAM SUPERVISOR AND ACTING DIRECTOR OF THE CLUB 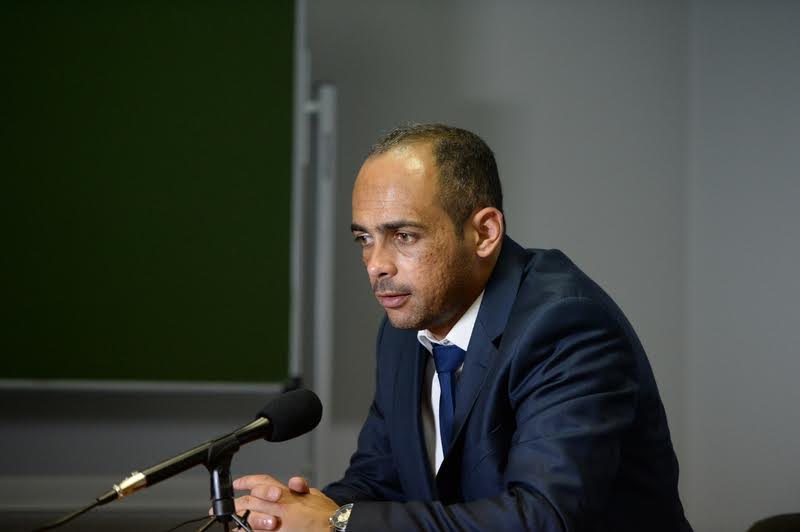 The first final game of the Super League between “Dynamo” and “Gazprom-UGRA” ended with a huge victory of the hosts, 7-1. Head coaches and the players commented on the result. Kaka, head coach of the FC “Gazprom-UGRA”: – We must understand that the score of the round is not 1-7, it is just 0-1. The […]

The first final game of the Super League between “Dynamo” and “Gazprom-UGRA” ended with a huge victory of the hosts, 7-1. Head coaches and the players commented on the result.

Kaka, head coach of the FC “Gazprom-UGRA”:
– We must understand that the score of the round is not 1-7, it is just 0-1. The players are well aware of this and remember that in last year’s final we had similar scores in favor of one and the other team. I take responsibility for the result. I could not keep the game under control. Even in spite of everything that happened on the court, I must’ve influenced the game and let the players know  that nothing was going wrong.

Tomorrow we will plan the game differently and they are well aware that the score of the round is not 1-7, it is just 0-1. The way we lost today, we can win tomorrow. I congratulate the opponent. Today “Dynamo” did a really good job, and I hope that tomorrow we will do a better one.

Temur Alekberov, head coach of the FC “Dynamo”:
– I agree that the round has just started and the score is just 1-0. Such a big score in the first game shouldn’t mislead anyone especially us. We need to take it easy. Today we played with overwhelming dedication, self-sacrifice. Absolutely all the players were ready to follow the discipline we had agreed. Throughout the whole match we showed very good intensity, we tried to finalize every movement. The speed was good, and therefore we were able to control the ball, create chances and score goals.

Tomorrow it will be a different match. We are opposing to the best team in Europe and one defeat in no way can tumble the opponent down. Our task is to calm down, competently analyze the game and get ready mentally and physically for any outcomes.

Today, everyone got his playing time, but I count on all the players and I am sure that all of them will participate in this round. It is important to have the same team spirit as we did today. Absolutely everyone demonstrated 100 percent dedication.

Artem Niyazov, player of the FC “Gazprom-UGRA”:
– First of all, I would like to apologize to the fans. I do not know what happened, why we started the game relaxed. Tomorrow we won’t show 100 percent, we will show 200 percent of our capacity and we will fight for each other. It does not matter that we have fewer players. I would like to congratulate the opponent on their victory.

– Marcenio and Afanasiev won’t play in the second match. How will this affect the team’s play?
– These are key players, but I can only repeat that tomorrow we will fight for each other. I hope to win in tomorrow’s match.

Ari, player of the FC “Dynamo”:
– I agree with teams’ coaches; the round is not composed of one single match only. It’s a long way, which can extend to even five matches. Tomorrow’s game can have a different scenario, and we are ready for it. One of our trump cards is experience, which I hope won’t let us relax and start the second match in a slipshod manner.

The score of the round is just 1-0. Now we think only how to recover and that we need to start the second match with the right attitude.

– What role did the quick goal play in the match?
– How much it helped us, I can not judge. “Gazprom” is a very experienced team, the current holder of the UEFA Cup, Russian Cup and the winner of the national championship, so that quick goal may not have influenced on them at all. Our main advantage was the ability to control the game in the first half, but after the break we were able to calm the course of the meeting and explode in those moments when it was needed and also take advantage of our moments.

SLEMZIN’S FAMILY HAS A BABY!

Danil Tokhtarov shared his emotions from working at the training center