VERBIN: “IT HAS NEVER BEEN EASILY WITH SARATOV”

CURRENT CHAMPION STARTS WITH A VICTORY In the first match against Ukhta in the first round of the Super League, Gazprom-UGRA proved to be stronger. For the head coach, Temur Alakbarov, this game was the first against the former team and until the end of the first half of the meeting, despite some gaming advantage, […]

In the first match against Ukhta in the first round of the Super League, Gazprom-UGRA proved to be stronger.

For the head coach, Temur Alakbarov, this game was the first against the former team and until the end of the first half of the meeting, despite some gaming advantage, Gazprom-UGRA couldn’t score a goal. Only at the very end, Nando met a cross from Ivan Chishkala and shot from an acute angle.

In the second half, the hosts went ahead, but the Ugra team scored again. Chishkala beautifully rolled the ball with his heel to Marcenio who sent the blow like a cannon blow into the upper V. On the 36th minute, Aleksander Kuzminykh took advantage of the moment and the ball rolled into the goal, despite the fact that Zviad Kupatadze reached it.

Three minutes later, Chishkala recorded on his account the third scoring action in this match, scoring a goal after the ball bounced off of the legs of Sergey Vikulov. On the 43rd minute, through a quick counterattack Nando made his double. Four minutes before the end, Aleksey Filippov shortened the gap with a long shot.

The hosts didn’t manage to improve the result anymore. First, Chishkala finalized the team’s “set-pieces” then final result of the match was established by Danil Davidov.

Press conference after the match of the I round of the Russian Futsal Championship “Ukhta” (Ukhta) vs Gazprom-UGRA (Yugorsk), 2-6 (0-1): 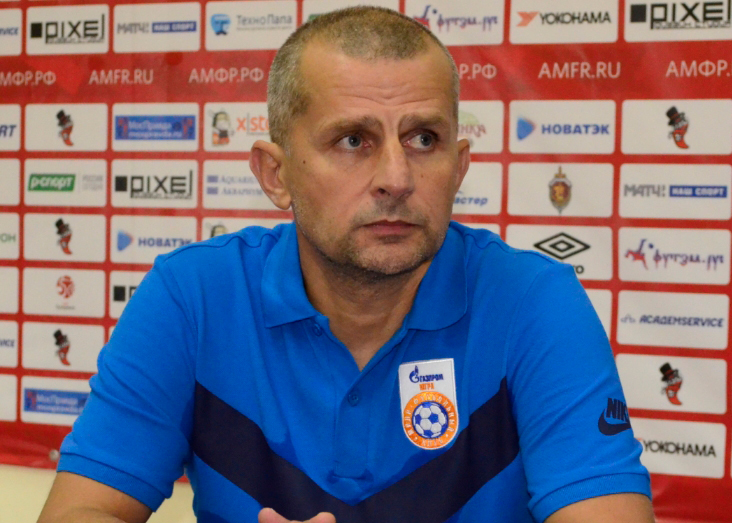 – The first game is always exciting. And it does not matter that you play as championsThe outcome was influenced by the new balls. Both we and the rival were not adapted to them. Therefore, for some time, both teams had to get used to the new balls. This has its effect, especially on the attacking actions.

In general, we saw that the opponent is trying to play on the counterattack, trying to find our mistakes. Therefore, we also tried to act correctly. Not everything and not always it worked, but in general, it seems to me that tactically we played competently. Sometimes, of course, it was us who intensified the game, it was possible to finish the game more calmly … But, in general, the guys did a good job. I couldn’t say that someone was not ready for the game. Their attitude was very professional.

It is important to start with a positive result. It is the most important. 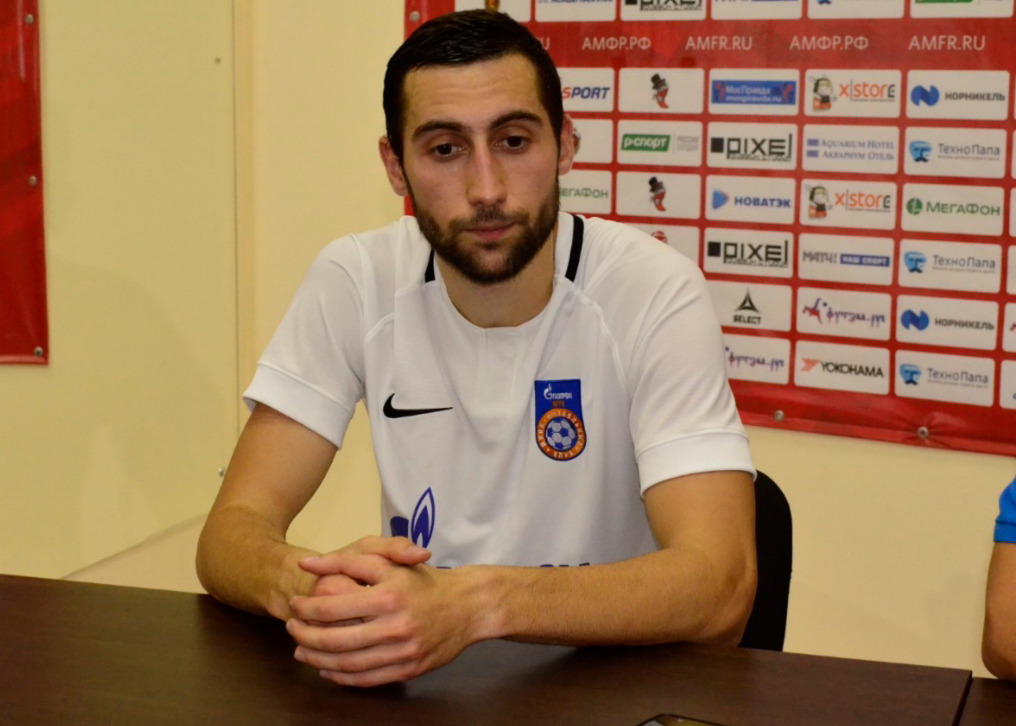 – I agree with the coach. The game was affected by the new balls. We hadn’t train with them and did not always understand how to handle them. Therefore, probably, we still tried to get used to them in the first half. Again we were some kind of nervous since it was just the first game.

In the second half we began to play more relaxed, many things started working. It’s good that we won. 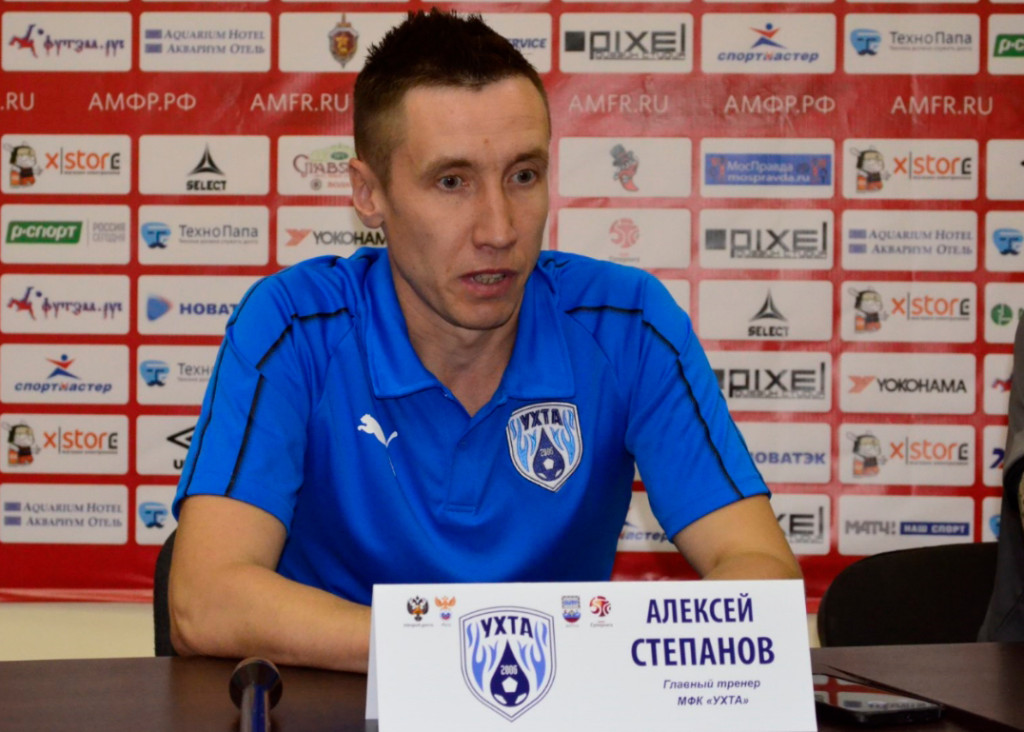 – In the first half there was less game, more fighting. It was the first game of the season, with standing almost full … the guys wanted to show themselves. But at some points they tried to cover each other playing more reliable. What made me happy? For more than a half we stayed very, selfless.

In the second half there were two episodes when we could get back to the game, but missed some unnecessary goals. But in general, I can only thank the guys for their dedication and willingness desire.

In the end, we didn’t play good enough, the class of the opponent is higher. But this is the first game of the championship. It is necessary to roll in in order to avoid the excitement. I think that tomorrow we will do a little better. 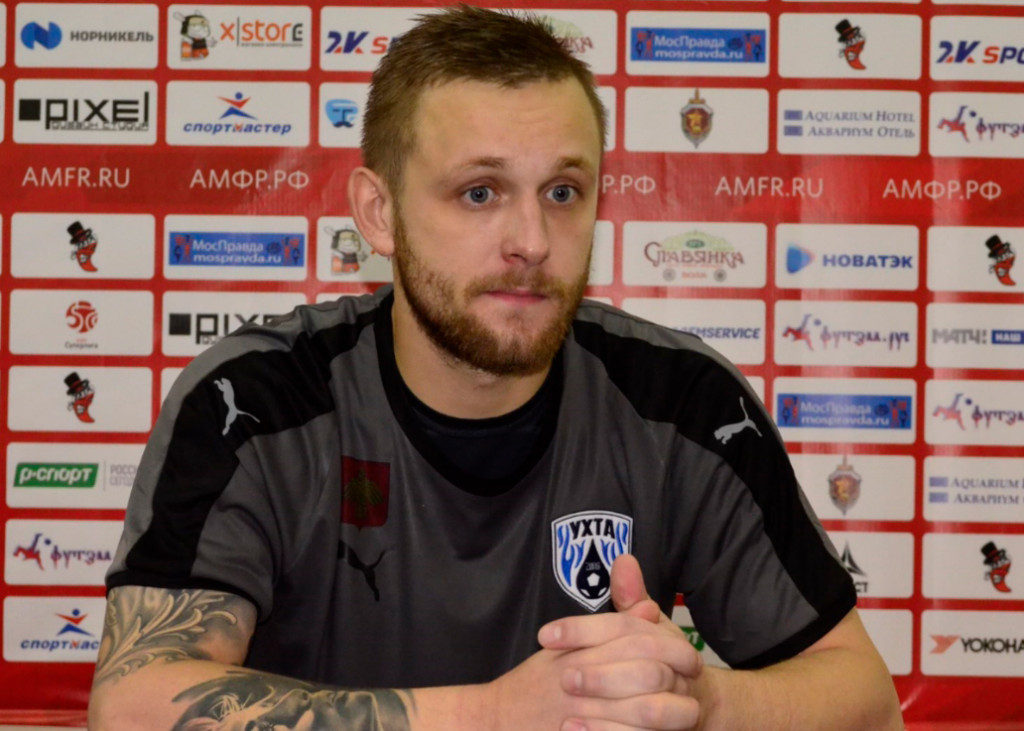 – I would like to thank the fans who came to support us. It’s very encouraging when there are so many people in the stands. I hope that in the future the hall will be full.

Today everyone saw how the guys tried to do their best and fought, they really did a good job. Maybe sometimes we lacked luck, sometimes we lacked skills… This is the first game and there is something to work on. Personally, I see only a bright future. All good things will come.

Press-service of the FC Ukhta.