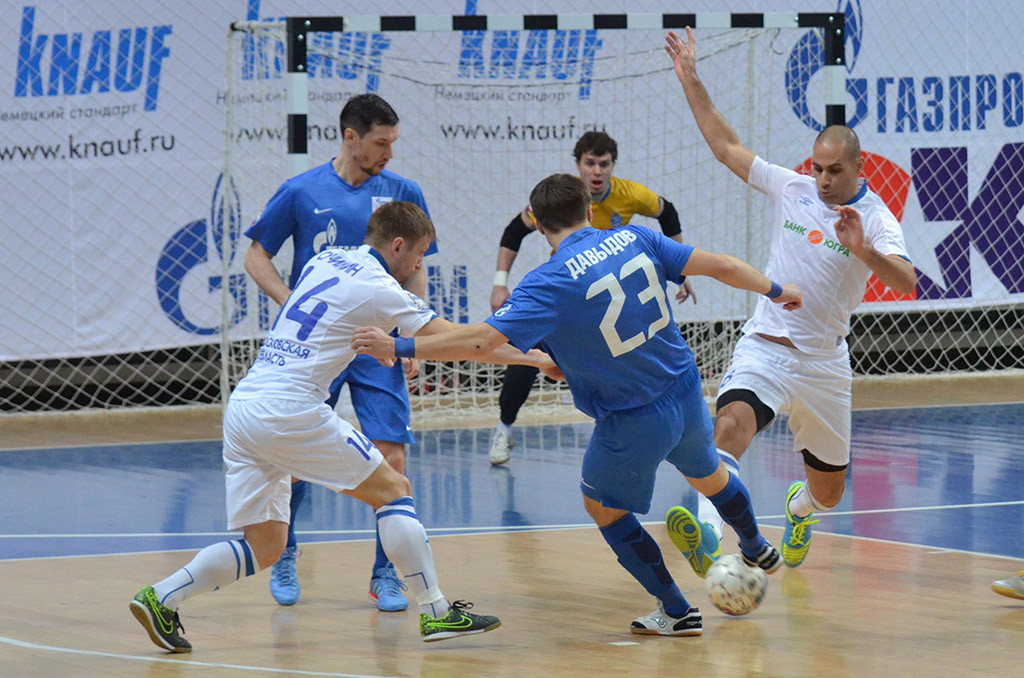 On May 31st and June 1st at SC “Podmoskovie” (city of Shchelkovo) we will witness the final confrontation – “Dynamo” vs “Gazprom-UGRA”! The first match for the title of the Champion of Russia will begin on May 31st at 19:15 (MSC). Players of the teams Danil Davidov and Sergey Sergeev about the upcoming match and […]

On May 31st and June 1st at SC “Podmoskovie” (city of Shchelkovo) we will witness the final confrontation – “Dynamo” vs “Gazprom-UGRA”! The first match for the title of the Champion of Russia will begin on May 31st at 19:15 (MSC).

Players of the teams Danil Davidov and Sergey Sergeev about the upcoming match and the preparation for it.

– Danil, after the third game against “Dina” you complained: “everything hurts”. Could you and the team recover for the final?
– There is no time to complain. We have a lot of work, but we are left to do only one more step. It gives strength. When we realize that we’re almost there. But in general we are feeling ok.

– Under you belt you have trophies of the Russian Cup and the UEFA Cup. You team is left to make one more step to make “a treble”. Are you ready to forget about fatigue and injuries for this?
– Exactly. Our president set a very ambitious goal at the beginning: to win all the competitions. We won the Cup of Russia, then conquered the title of the strongest team in Europe. Now it is Super League. We understand that those victories happened short tie ago, but they are in the past. They won’t serve as “an excuse”. A new final is a new story, and we are ready for it.

– Have you already got to know that this season is the most productive in your career?
– Yes, I’ve read on your site. I can not explain it with any specific reasons. It has happened this way and I do not mind. But what I can say for sure is that I have never had such a difficult season. Huge amount of work both in the club and in the national team.

– What advantages do you think your team and the opposing team have in the upcoming final?
– I doubt I can point out something specific. Both teams are really similar and it is not just words. For every ace of “Dynamo” we find an answer, and, of course, on the contrary happens the same. The game will be decided by small details. I think the one who has better attitude and keeps higher concentration will win.

– In this connection I would like to ask a very careful question. Since you have the Cup of Russia and even the UEFA Cup, this season will be successful for “Gazprom-UGRA” in any case. But “Dynamo”, which winning tradition is very strong, has no place to retreat. Can there be any difference in your attitude then?
– Hell no, don’t even mention it! You can not imagine how much we want to win the championship! It is difficult to explain it in words, but when we won it for the first time a year ago, when we defeated “Dynamo”, those were some unique emotions. And the taste of the “Great Victory”, if you have experienced it once, you want to feel it again and again.

– Sergey, what is your schedule of preparations for the final round?
– After the semi-final against “Sibiryak” we had two days off. Then we trained a bit and had one more day off, and on Saturday we concentrated on our work.

– What exactly does this work include: “physical components”, tactics?
– Now it is the end of the season, so we are not paying attention to the physical condition. The most of our attention is given to analysis of the opponent, to smallest details. The winner will be determined by small details, as it always happens in the confrontation between highest level teams.

– Does the preparation for the final differ a lot with the coach Temur Alekberov from the one with David Marin?
– I would not talk about any big differences, since playoff system and the schedule of the matches have not changed. Basic things have remained the same.

– “Dynamo” solved very quickly the problem of reaching the final spending only three games with “Novaya Generatsiya” in the quarter final and with “Sibiryak” in the semi-final. Can you say that you are felling pretty fresh?
– Actually, it’s a big advantage that we went through the previous two rounds very quickly. We spent as much strength as it was necessary, while “Gazprom” played more matches with “Dina” and “Tyumen”. Probably, it will be a small, but our advantage in the final.

– This is the first time in club’s history when “Dynamo” reaches the final after loss last season. To some extent, this is a new feeling for the experienced players of the club, does it make you feel nervous?
– Of course we don’t feel nervous because of it. We have experienced players, that went through fire, water and copper pipes, that faced all kind of situations in their careers. On the contrary, last year’s failure keeps us going. The desire to win and get the gold medal back is already huge and now we even have a chance to take revenge.

Press conference after the 2nd match of the XI round