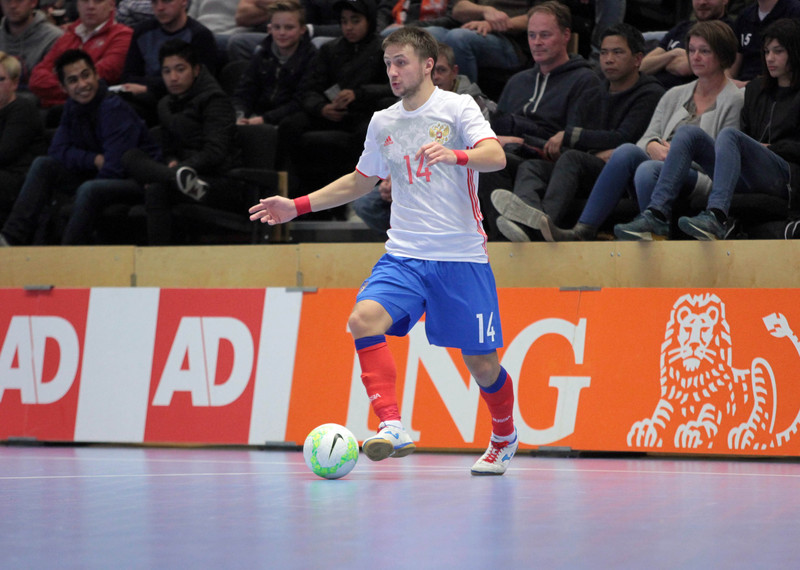 The player of the Russian national team Danil Davydov summed up the results of the first friendly game against Holland. Our team celebrated the victory with the score of 4-1. – Danil, on January 23rd you celebrated your birthday. How was it to play in such a day? – I’d say it was as usual. […]

The player of the Russian national team Danil Davydov summed up the results of the first friendly game against Holland. Our team celebrated the victory with the score of 4-1.

– Danil, on January 23rd you celebrated your birthday. How was it to play in such a day?
– I’d say it was as usual. It was not the first time. It happens sometimes when championship rounds fell on my birthday. But it is the first time when it coincides with a national team game.

– Any special set ups?
– No, nothing special. In the morning the team wished me a happy birthday then we kept working. I only thought you would save me from the interview (laughs).

– Talking about the game, our team still don’t really get along with the terraflex flooring.
– Yes, I agree. In Russia we have high-quality wooden parquet and, of course, we get used to it. We had only one training session here and did not have time to adapt.

– Do you get more worried about the ball that does not roll or about higher risk of injury?
– Both. All the time the ball gets stuck and then you constantly think that after accelerating you may need to stop sharply and some bone will get out. Saying shortly, it is difficult, the game constantly gets bogged down.

– The Russian national team has played against the Dutch 16 times, but it is the first time you stand up against them. What are your impressions?
– A sophisticated opponent. Unyielding, fighting throughout the whole pitch. They try to win every individual confrontation, push you all the time.

– Was the victory possible only due to the skills?
– I think yes. Yet we have higher skills. In the first half, we scored two goals from set pieces. When we led 2-0, it became easier. In the second half we had a counterattack, 3-0. In fact, it was enough. We scored last goal into an empty net.

– Did you have any special game plan regardless the friendly status?
– Regardless the status of a match we are demanded a victory anyway. First place in the UEFA rankings obliges.

– According to the number of duels you are traditionally among the leaders. What do you think about it?
– It’s okay (laughs). I’m used to playing this way, the most important is to help the team conquer new victories.

– Taking into account all the information, how will be the second leg in your opinion?
-It won’t be easier for sure. The hosts lost the first game but the stadium was full. The Dutch will impose struggle, will try to rehabilitate. But we have a pretty specified task, it is to win and take off to Portugal feeling happy.

KAKA: “SOME WILL DECIDE EVERYTHING “