The 1st round of the Russian Orgkhim Championship started 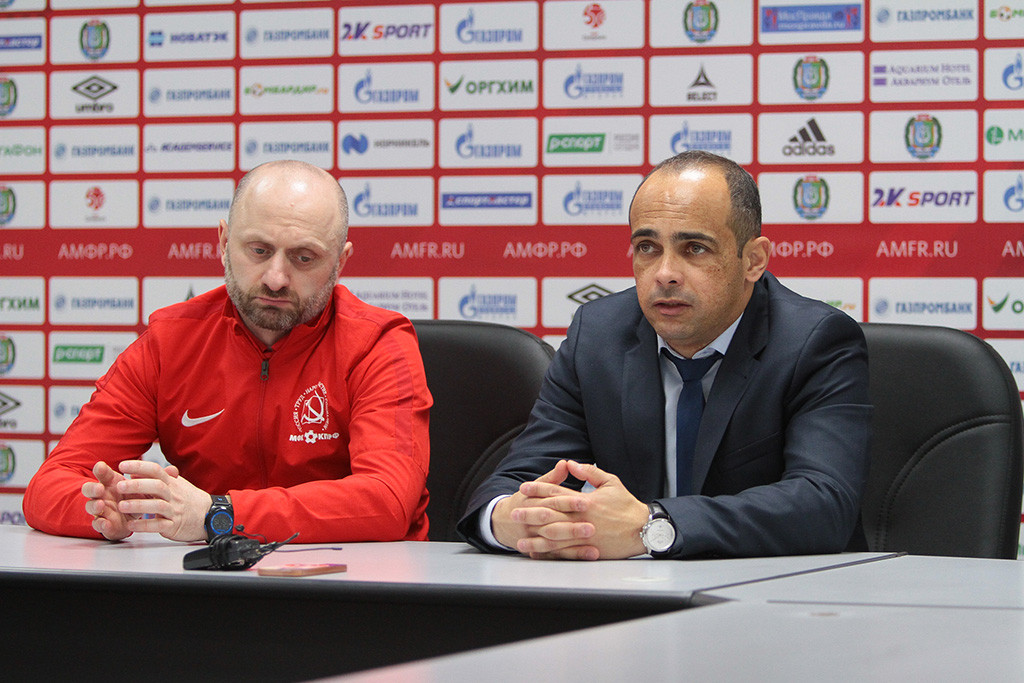 Kaka, “Gazprom-UGRA” head coach: – Despite the score that we had after the first game we had a task in this match not only to go to the final, but also to win the match at home, and not to get yellow cards. We managed only with the first task. But I’m grateful to the […]

Kaka, “Gazprom-UGRA” head coach:
– Despite the score that we had after the first game we had a task in this match not only to go to the final, but also to win the match at home, and not to get yellow cards. We managed only with the first task. But I’m grateful to the players for how they acted in the game, for their serious attitude to win. Now we will analyze the game, and will think and adjust to the final of the cup.

– What can you say about the opponent for the final match?
– Norilskiy Nickel is an experienced team. In this season they were joined by very skilled players, if they are in the final, it’s for a reason and they also beat a strong opponent in the semifinals. We will prepare for these matches, I know that the games in Norilsk are always hard, we will try to play for the result and also win the advantage for the final home game.

Danil Davydov, “Gazprom-UGRA” captain:
– Both semifinal games were heavy, it is good that in the first match we made for ourselves a comfortable score, but nevertheless there was nervousness, because I really wanted to win with our fans. It was hard to play against the team of Beso Zoidze, but we achieved victory and continue our way, already in the final of the Cup of Russia.

Beso Zoidze, “KPRG” head coach:
– It was clear to everyone that we built the game based on the result of the first match. It is very difficult to play with a 5-goal disadvantage against with such a rival. However, in futsal games, we understand that there is huge risk, Gazprom could be punished for any mistake. Our task at the first time was to score a goal, we did not succeed, but in return we did not miss it for the first half of the meeting. In the second half, until a certain point, there was intrigue in the match, we scored the first goal and at that moment the emotions were on our side. Here everything was decided. Another goal scored could even better affect us, and adversely affect the opponent. But after a missed ball it became difficult for us to save the game psychologically. “Gazprom” deserved the victory on the outcome of two meetings, I wish them only luck in the finals.

Cirilo, KPRF player:
– First of all, I want to congratulate “Gazprom-UGRA”. Even in the first match they made an advantage for themselves. Of course, we came here and knew that it would be difficult. We set ourselves the task to score in the first half, but it did not work out. In the second half, they were already a little nervous, playing 5 to 4. Unfortunately, today we didn’t manage to do anything.