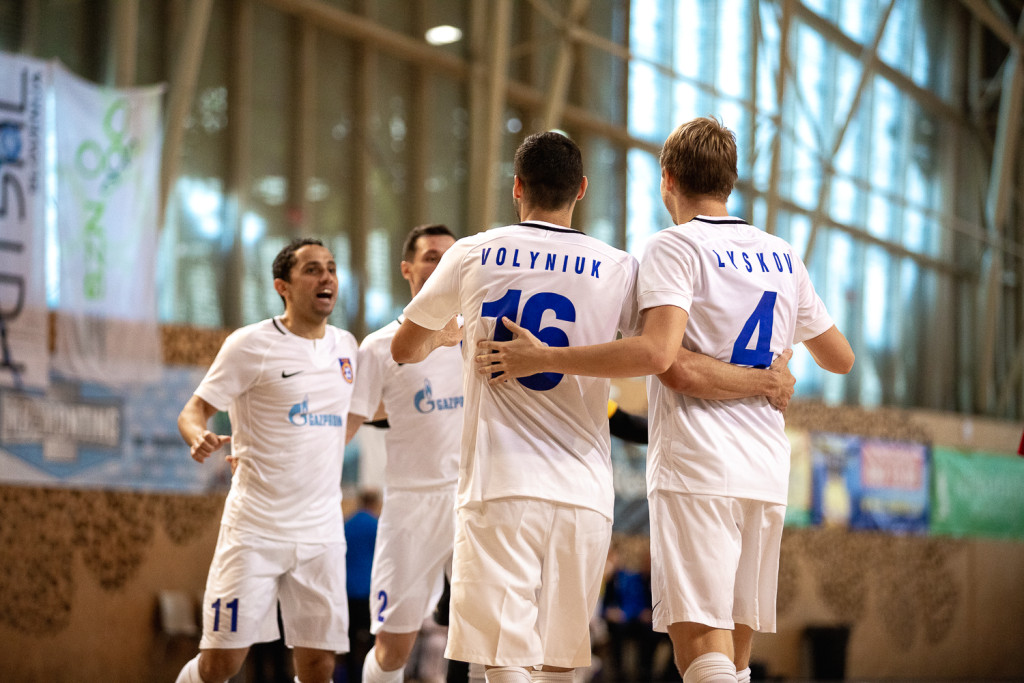 Gazprom-UGRA in the elite round

We go ahead already at the beginning of the fifth minute – Maksim Volinyuk crosses the pass of Caio. “Sibiryak” on the attack of the Ugra club responds with several attempts by Joan, but soon it will be Gazprom-Ugra that will score again. In the middle of the half, Dmitriy Lyskov stands out. With an advantage of two goals in our favor the teams go for the break.

After the break, the advantage of Gazprom-Ugra began to grow, which eventually led to the defeat of the team of Sergey Ivanov. Everything started with a goal of Shayakhmetov in the 24th minute. Caio assists again. Nando, Signev and Chishkala, having distinguished themselves once, make the score crazy by the 32nd minute. Soon, even “Sibiryak” scores in the Champions League. Nando’s foul leads to a penalty, and Joan scores on the 34th minute of the match. It took Gazprom a little more than a minute to score again. The seventh player of our team scores the seventh goal  – Katata, and then the goalkeeper-scorer of the national futsal team Kupatadze again scored in the Champions League! Gazprom-UGRA celebrates a major victory and goes to the next round of the tournament. The fate of “Sibiryak” will be decided in the final round, where Novosibirsk will fight with the Hungarian “Berettoyfalu”. The three best teams in the group go on.