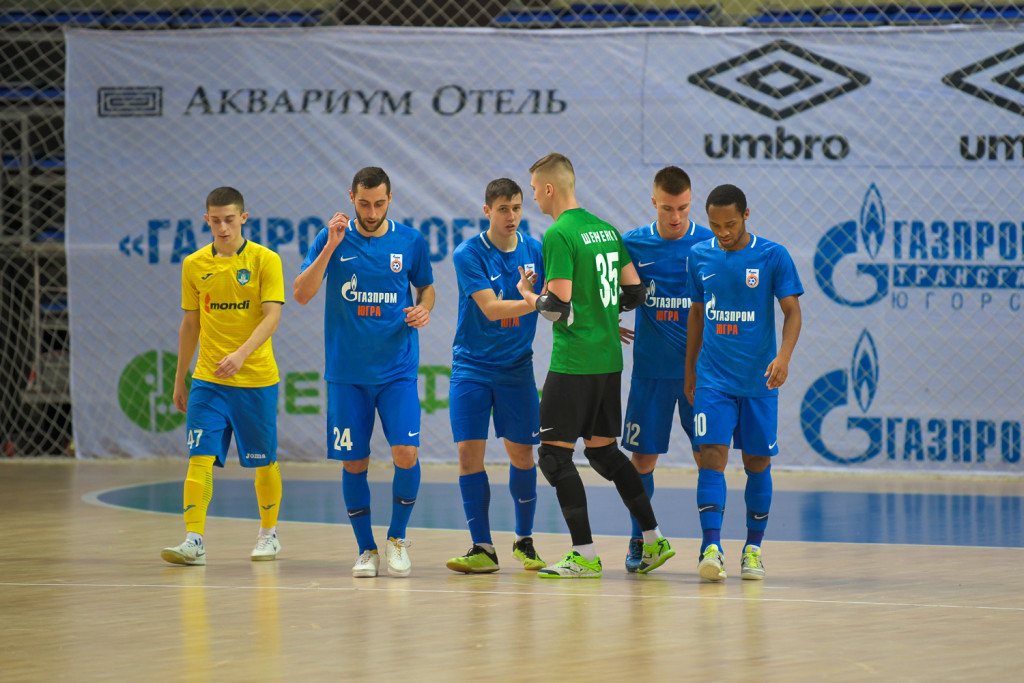 Gazprom-Ugra in the Russian Cup semi-final

Today in the second match of the quarter finals of the futsal Cup of Russia, the Gazprom-Ugra was again stronger than the New Generation 2-1. The goal against the rivals in the first half was scored by Ivan Chishkala, in the second – by Andrey Afanasyev. The results of the match were summed up at […]

Today in the second match of the quarter finals of the futsal Cup of Russia, the Gazprom-Ugra was again stronger than the New Generation 2-1.

The goal against the rivals in the first half was scored by Ivan Chishkala, in the second – by Andrey Afanasyev.

The results of the match were summed up at the post-match press conference: 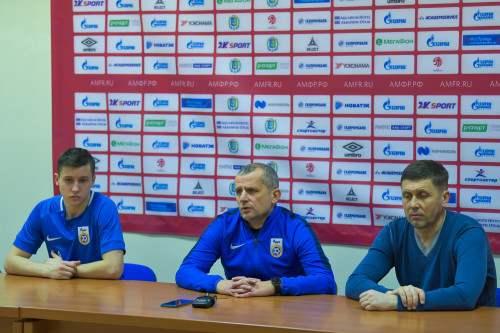 – For me, it was a difficult match – and the result of the first match, and empty stands, of course, leave their mark. We tried to keep the game under control, because it doesn’t matter how the first game ended, it’s very important not to fall below our level. We gave our opponent a lot of chances to create at our gates, a bit of speed was not enough, but all this is understandable. Most of the players took it seriously enough, there were some moments when they started to flirt a little, but on the whole, I can’t blame someone that he came out and played “off our shoulders”. The task before the team was to go to the next stage of the Cup and the team completed the plan. Today it is the most important thing. I want to wish everyone a happy new year! Happiness, health, all the best to everyone who is involved in futsal, everyone who is ill. More bright games, good victories, all the best!

– We are now in no case played according to the score of the first game. The mood was just to win. The plan was to win this match, despite the fact that the first match ended 5-1. We tried to create chances, tried to play competently in defense, scored a couple of goals, although we should have scored more. And in the end, some kind of nervousness went on playing defense.

– Our task was to go out to play in good modes, match the level of the opponent, try not to give up in individual encounters and show a decent result. I think that today we have succeeded in many ways, yes, there were mistakes, shortcomings, but it is natural. The game itself was good enough, I won’t say that I really have the best impression, but I’m not ashamed of the guys, thanks a lot. Now we are leaving for the holidays, Happy upcomng New Year to everyone! Health, happiness, we will enter the new year with new powers! Happy victory to Gazprom, good luck in the Cup and the Championship, we will meet again and I hope in the next game we will be even more competitive, only everyone will benefit from it.

The youth team begin the season with a victory