The guests came forward at the start of the fight, when Ivan Milovanov unexpectedly

struck the gate of Sergey Slemzin. We had the opportunity to level the situation and Ivan Chishkala had the best chance, but the goalkeeper of Tyumen Sergey Loginov saved his team. At the 14th minute of the match Sergey Krikun had his success, “Gazprom” was down two balls.

At the beginning of the second half, the teams exchanged goals: first, Andrey Afanasyev just struck under the crossbar of Loginov’s goal, but two minutes later Andrey Batirev scored the third goal of Tyumen. The home team played more actively, but the defense of the guests allowed them to maintain an advantage in the score.

Seven minutes before the end, the opportunity to score had Batirev from Tiumen and Vladislav Shayakhmetov from Ugra, but the goalkeepers, Slemzin and Loginov, respectively, were on top. A minute later Shayakhmetov came in as the fifth field player and Afanasyev successfully used the free space in the penalty area, reducing the gap to a minimum.

At the last minute, Dmitriy Liskov was very close to saving his team from defeat, but Milovanov did not allow the ball to cross the line. The fourth ball “Tyumen” threw into the empty net from Andrey Sokolov.

After the match, a press conference was held with the participation of the head coaches and players.

– I am grateful to the team for today’s game, they followed the plan. Of course, we did not succeed in all moments – the game with the pivot, we knew about it, the guys were preparing. All conclusions will be made after 2 matches.

When there are 2 high-class rivals, these moments are important. Yes, we scored more chances, that’s why had luck. Everyone lived on the pitch, fought for every ball, covering each other. I’m glad that the team began to work from the beginning of the season. What our coaching staff wants to see is emerging. Tomorrow will be a tough match, tomorrow the rest of the comments. 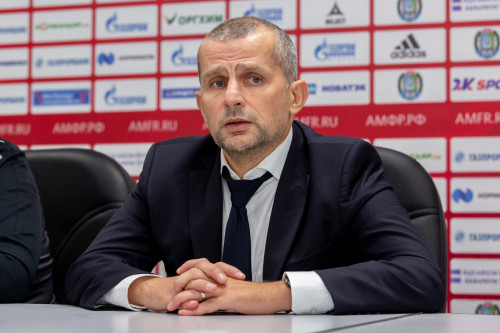 – First missed goal and the loss of leading players had a large imprint, we lost some of the attacking potential. Although the guys tried hard, created moments, tried to play the attack, play aggressively. Of course it was very difficult, the rival was very fast and we had to spend a lot of efforts to make them make mistakes. You can’t avoid all counterattacks, so the moments the opponent had were mostly scored. We had enough moments to change the outcome. Everyone tried a lot but today the ball would not enter the goal. I do not have any complaints or questions to the guys, they really gave everything they could. But we were a bit short of aggressiveness. The rival are young guys, and at some point they were better because of their dedication.

– The game was difficult, we knew about it but prepared ourselves to win from the very beginning. I think that the plan and the tactics the coach gave us, we followed. And today’s victory is logical. We fought, we worked tail off, of course at some point we were having a hard time. Yet Gazprom is Gazprom. But nevertheless, we won. We will now prepare to tomorrow’s game. 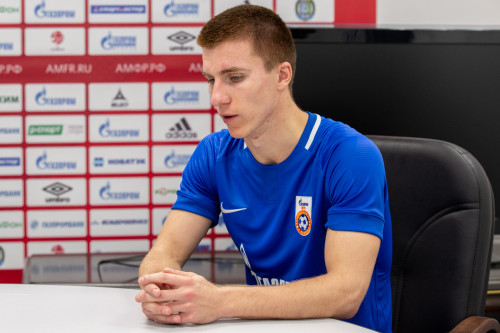 – The game was really very spectacular, two teams fought, tried to do their best. Today it’s was not easy. Tyumen scored at the right time, but we did not, so is this result. I can’t say played well but at the same time I cannot say we didn’t try. But of course there were problems in the 1st half – somewhere we did not work until the end, somewhere we were not so aggressive, therefore the first was crumpled for us. In the second half we got used to the ball and began to create moments, “Tyumen” started to have problems in the defense, but then their goalkeeper played great.

Today we did not score, it happens, we can’t give up, we need look into the future with optimism and draw the right conclusions.